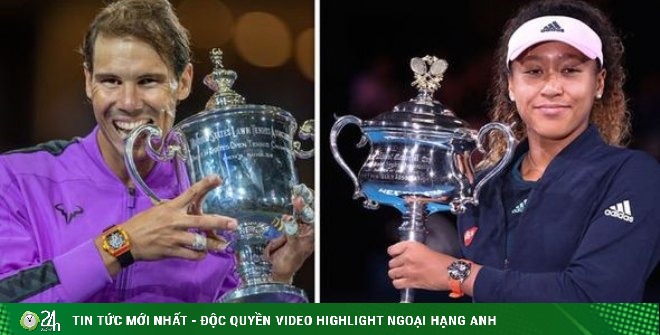 According to Inside Games, Nadal received this honor thanks to the Roland Garros 2020 championship victory, thereby leveling Roger Federer’s record of 20 Grand Slam. Federer is also the most successful name in the category “Best male athlete of the year” of Laureus World Sports Awards (5 times).

In addition to Nadal, the 2021 Australian Open champion women’s singles, Naomi Osaka was also nominated for the category “Best female athlete of the year”.

Alexander Zverev, in an interview with Eurosport, expressed his disappointment when stopping in the quarterfinals of the Australian Open after losing to Novak Djokovic 0-3. Even the 7th ATP player confirmed that he increasingly lost confidence in himself before each Big 3 encounter (Federer, Nadal, Djokovic).

“I used to think I was playing the best tennis, but all I get is the disappointment. Throughout my career, I want to play great games with Federer, Nadal, and Djokovic and win but not. Fortunately, that did not appear at the Australian Open. It was disappointing to stop in the quarterfinals, even in front of the world’s top player.

George Foreman, a former boxer who won the world heavy boxing champion twice, praised Conor McGregor. Even the 72-year-old legend advised “UFC madman” to switch to boxing because he possesses “too strong punches for an MMA fighter”.

“McGregor has a lot of punches that outperform MMA fighters. I prefer to see him play on boxing and if he encounters Pacquiao, he can win in 10 innings,” Foreman announced on Mirror.

Hamilton is about to “go home” with Vettel?

According to PA news agency, the Aston Martin racing team is planning to recruit Lewis Hamilton after the 2021 season, when the 7-time F1 champion is out of contract with Mercedes. Before that, the ambitious racing team now has the services of former world champion Sebastian Vettel.