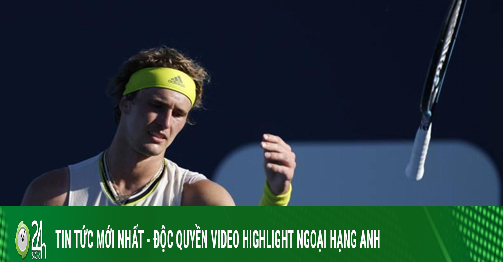 (Sports news) German tennis player Alexander Zverev is about to achieve his will as he prepares to surpass the legendary Roger Federer on the latest ATP chart.

Zverev is about to surpass the “monument” Federer

Alexander Zverev will finally get his wish as he prepares to surpass legendary Roger Federer on the ATP chart after weeks of complaints. The German tennis star has complained about his current 7th place, especially compared to the top ranked player Federer, who had to take a year off from playing due to injury.

Federer will not play in the Miami Open, so Zverev will have a chance to surpass Federer to take sixth place in the world next week. Joshua – Fury can only play in England

According to the Daily Star, the boxing match between Anthony Joshua and Tyson Fury is likely to be held only in the UK instead of in Saudi Arabia as previously reported. This is because the parties are monitoring the Covid-19 epidemic and government travel and event restrictions, and if the UK allows spectators to watch indoor sporting events in numbers. in large numbers a match at Wembley can be staged.

After Justin Gaethje expressed his dissatisfaction over being left out of the UFC lightweight championship match, UFC president Dana White immediately reassured the American boxer: “Justin is very suitable for all of this . After the UFC 260 matches go on, he might make arrangements for another event. It depends on what happened to Dustin Poirier and Conor McGregor ”. 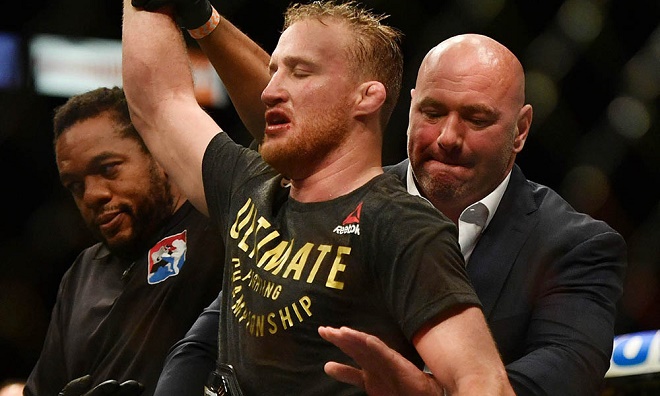 Gaethje was knocked out by Khabib last October at UFC 254 but is currently 2nd on the UFC rankings in the light category. Since that defeat until now, Gaethje has not been scheduled for a match by the UFC.

Will Fury play 1 match per month?

WBC champion Tyson Fury hasn’t played in the past 13 months. Recently, Sugarhill Steward, manager of Fury, revealed the crazy idea: “I want Tyson to play one game a month to get back to feeling after a year of not fighting.

Remember Diggstown with Louis Gossett Jr? He had to fight 10 enemies for a few days or something. Let Tyson do it. Let’s put him on the ring every month. If he’s ready, give him a top puncher every month ”.

In an interview on Russian sports site Championat, tennis player Andrey Rublev said: “When I was a child, Nadal was an idol of mine. Now, I get to face and train with him. I remember our first training session, when I was 16 years old. I experienced cool feelings and surging motivation. I immediately wanted to work even harder so that I could somehow play against him.

I am a lucky person. I have a good life. I’ve had a great career. When you see what’s happening around the world, I can’t really complain about my situation. ”

Audi and Porsche are ready to join F1

According to Carbuzz, Porsche and Audi are considering joining F1 in 2025. It is interesting that Porsche and Audi may return to F1 at a time when parent company Volkswagen has abandoned the sport of speed. This source said that Porsche was invited to participate in the FIA ​​meeting in February. Then in March, a delegate from Volkswagen supervisors agreed to attend the next meeting of many big names currently attending F1. (Sports news, tennis news) Too hot weather at the Miami Open is going on making many players angry.