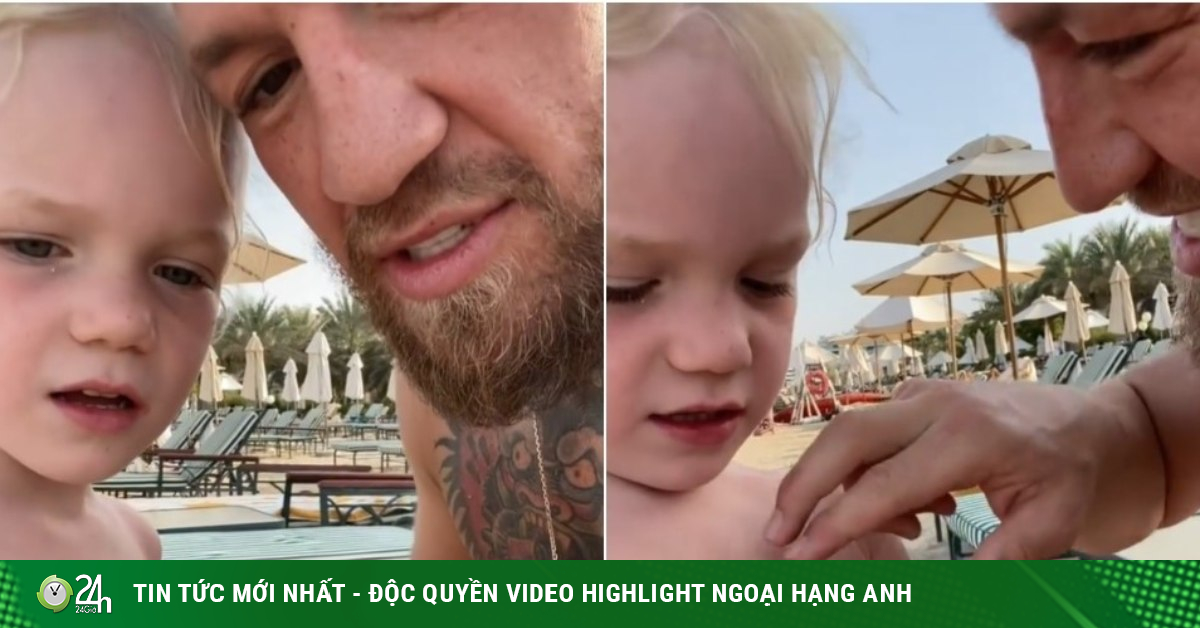 (Sports News) Conor McGregor caused controversy because of the clip teaching his 3-year-old son to hit people with violent words.

McGregor was criticized for teaching his son to hit people

Recently, Conor McGregor posted a video recording the moment Conor McGregor incited his 3-year-old son to “get revenge” on another child if he was bullied, along with violent words such as: “Strike back” he goes, punch him in the mouth, son.”

The video immediately caused a stir in the online community, most of the fans disagreed with McGregor’s violent parenting, even sarcastically: “How lovely it is to incite a child to hit someone, What a good parent!”

Rafael Cordeiro, Mike Tyson’s coach, confirmed that the heavyweight boxing legend will return to a friendly event in September but declined to reveal specifics about this event. In September 2020, Mike Tyson attended the first match after 15 years away from the ring with Roy Jones Jr and won a draw.

“On clay, Tsitsipas has no weakness”

On the eve of the Roland Garros semi-final between Stefanos Tsitsipas and Alexander Zverev, legend Boris Becker praised Tsitsipas, even affirming that the Greek player “has no weakness when playing on clay”:

I don’t see any weakness in Tsitsipas, especially when he plays on clay. He also keeps a cool head in big matches. The tennis village will be dominated by Tsitsipas, Zverev, Medvedev for the next few years.”

Recently, the Jordan racing team put up for sale the Speedmaster, the first race car that the legendary Michael Schumacher used in his F1 career in 1991, when he was just 21 years old, for 1.15 million pounds. Before becoming famous in the Ferrari shirt, Schumacher was once signed by the Jordan team to a short-term contract because a key driver gave up at the last minute. However, this predestined relationship lasted only… 1 test race, even Schumacher was not registered for the official race.