(Sports News, Tennis News) Novak Djokovic was named by the Indian Wells Masters 2022 organizers on the top seed list to attend the upcoming tournament in the US. However, the number 1 player in the world could be banned from participating in tournaments like the Australian Open.

Recently, the organizers of Indian Wells Masters 2022 have just announced the list of 32 top seeds in men’s singles to compete at the tournament taking place at the Coachella Valley Tennis Garden hard court from March 10-20.

Notably, Novak Djokovic is also among these and a series of other names such as Daniil Medvedev, Alexander Zverev, Stefanos Tsitsipas or Rafael Nadal… However, Marca newspaper emphasized that Nole is among the 32 men’s singles seeds in Indian This year’s Masters is just because the organizers of this tournament automatically entered his name among the 32 highest ranked players in the current ATP rankings (except for Roger Federer’s injury).

Djokovic may still be banned from participating in the first ATP Masters 1000 tournament this season like at the Australian Open 2022 if he does not receive the Covid-19 vaccine. It is known that the US requires players attending the Indian Wells Masters to get this vaccine if they want to participate in the tournament.

Video of Del Potro crying the day he lost to Federico Del Bonis in the first round of the 2022 Argentina Open:

After a 1-6, 3-6 defeat in 1 hour and 23 minutes against compatriot Federico Delbonis in the first round of the 2022 Argentina Open, Juan Martin Del Potro has officially said his retirement at the age of 33. at the Buenos Aires Lawn Tennis Club.

The star who won the 2009 US Open men’s singles could not hold back tears. After the match, Del Potro said emotionally: “Maybe today is one of those days I never want to happen. But, this is a day I will remember for the rest of my life. I have yet to find a place in my life that I can’t find myself in. I feel happier on the pitch. That’s why I want to play.”

McGregor met Justin Bieber when they were both naked

Former UFC lightweight champion Conor McGregor surprised fans when he shared a series of photos of him with amazing body transformations when he went topless and chatted happily with music star Justin Bieber, who is also not a single person. shirt when they met on a vacation in the Bahamas. 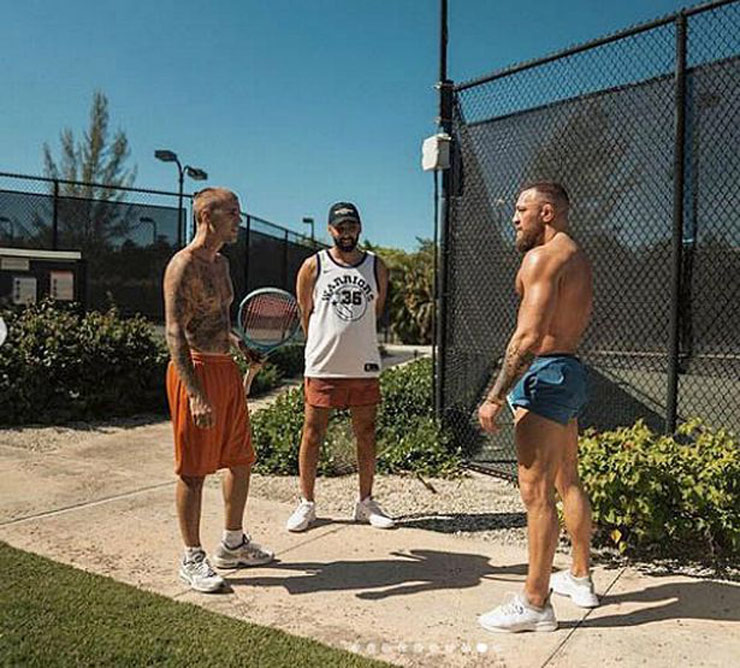 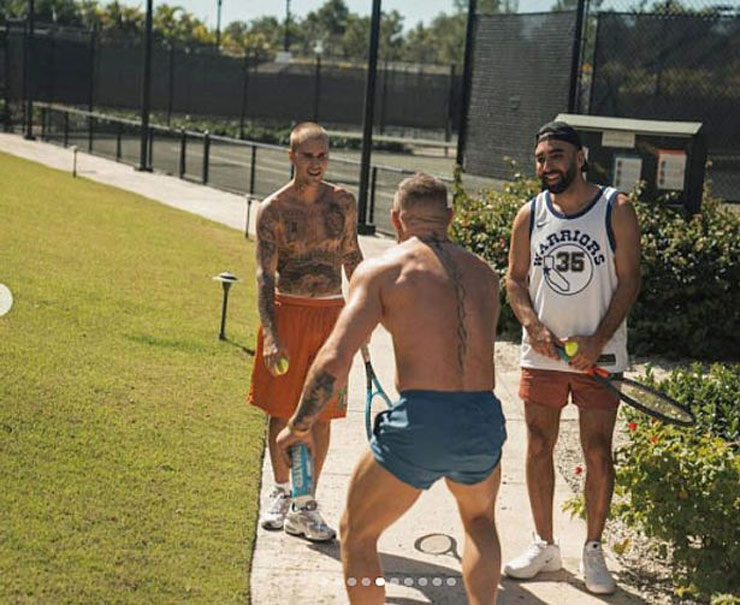 Female referee Cianna Lieffers lost a lot of blood in her mouth after being hit in the face by an ice hockey stick, during the US vs Canada match at the Winter Olympics in Beijing (China) on February 8.

Striker Amanda Kessel glides behind the Canadian goal in the attacking situation of the US team. She concentrated on running, and swung her hockey stick at Lieffers standing behind her. This female referee immediately put her hand to her face because of the pain, and there was a lot of blood in her mouth. Lieffers was taken out by the Canadian team for medical care.

Photos posted later show the deep cut between Lieffers’ upper lip and nose. But after only a few minutes of stitching up the wound, this female referee returned to continue operating the match, but signaled to the photographers not to take her picture.

Stacy Lewis, a golfer who has won two major championships, has just been elected as the captain of the US team to attend the prestigious 2023 Solheim Cup women’s team golf tournament.

She and her teammates will have to take the responsibility of regaining the glory for the representative of the country at Finca Cortesin golf course in Malaga (Spain) from September 22-24, after the last two times the tournament was held. , the European team won the championship. 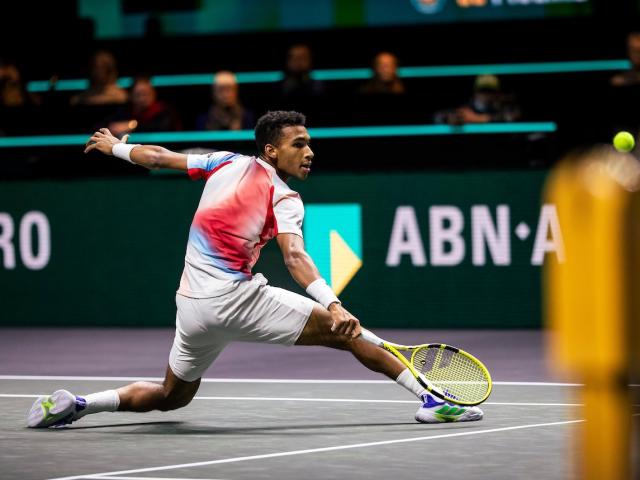