(Sports news) Tyson Fury’s boss, Frank Warren, said negotiations with Dillian Whyte’s team broke down because both sides had not yet agreed on the share ratio.

Tyson Fury has a headache to find the next opponent

Tyson Fury’s boss, Frank Warren, said negotiations with Dillian Whyte’s team broke down because both sides could not agree on the share of Tyson Fury’s title defense against this fighter.

Tyson Fury is looking for the next opponent

Dillian Whyte’s side wants to renegotiate the profit sharing ratio from the match between these two boxers. Instead of receiving 20% ​​of the profit, Dillian Whyte wants this number to be 45%. Tyson Fury’s side does not accept this and claims to be looking for another opponent for ‘Gypsy King’.

Conflict between Ngannou and UFC explodes

Francis Ngannou with a record of 16-3 is ranked 4th on the P4P rankings, winning the championship after his spectacular knockout victory Stipe Miocic at UFC 260 this past March. Despite being the champion of the UFC, both Ngannou and the boxer’s managers have had quite tense conflicts with UFC president Dana White. At the climax, president Dana White called the manager and representatives of the Cameroonian boxer “a bunch of incompetent”.

Spanish tennis legend Alex Corretja has said that people are underestimating Rafael Nadal’s fighting ability after the “clay king” made an unsatisfactory return earlier this month. Earlier, former German world No. 1 Boris Becker said that Novak Djokovic’s dominance will not be affected by a player who has declined in form like Nadal.

Nadal is trying to find his peak form after injury

This tennis expert even advised Nadal and Federer to consider retiring early. However, Alex Corretja thinks differently when he believes that Nadal will only retire at the peak of his glory. “Nadal will retire as a champion of some major tournament. No matter what he is before or after, I always feel like he is a hidden bullet and ready to explode. there was a very loud bang,” Corretja told Marca newspaper.

Murray is grateful for being privileged to attend the Australian Open

Andy Murray has been confirmed to compete at the Australian Open 2022 with a wild card and he recently expressed his gratitude to be back in Melbourne. “I am very, very grateful to the organizers, I have so many good memories at the Australian Open and playing in front of a great audience. Going back to Melbourne Park makes me very excited,” Murray said. McGregor continues to be the most popular UFC

2021 is over and Conor McGregor continues to be the UFC’s most popular fighter when year-end statistics show that McGregor has attracted 1.6 million cable TV purchases to watch him confront Dustin Poirier at UFC 257. Even the rematch at UFC 264 was better when it attracted 1.8 million buys, even though McGregor lost in the first fight.

The position of Mercedes team captain Toto Wolff is in question after Lewis Hamilton’s defeat to Max Verstappen in the last F1 season. In addition to this position, Wolff also holds a third of the shares of the racing team, but in the past season there have been a number of unreasonable decisions that contributed to the end of the season. 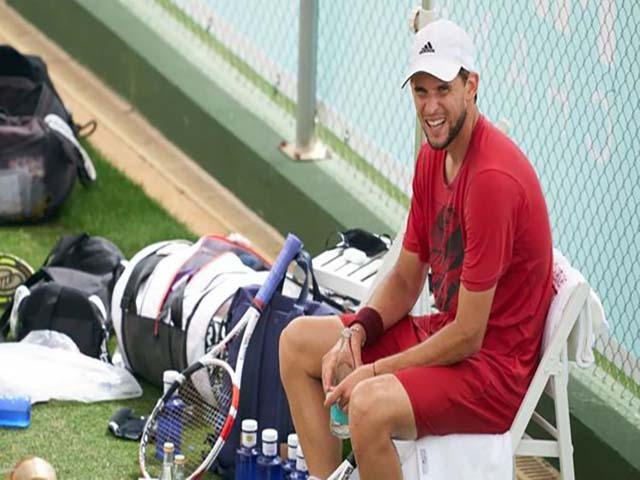