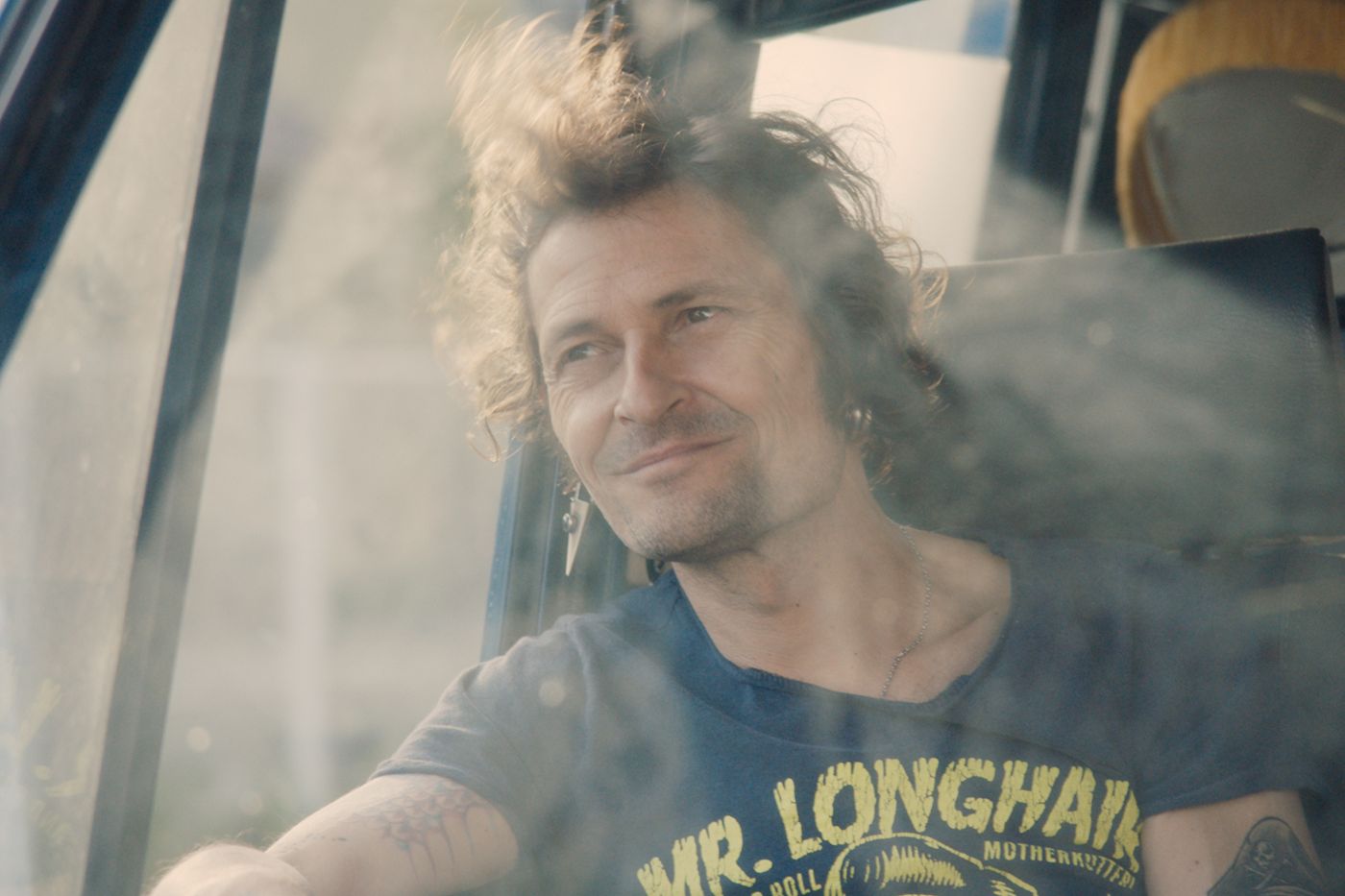 Presented this summer in a special screening at the Cannes Film Festival, this first feature film is the pleasant surprise of this week’s releases. By the quality of its writing but especially by the presence, intense of its principal interpreter and co-author of the film, François Créton.

The actor with the angular physique and the familiar silhouette, crossed in a whole bunch of supporting roles in the cinema and on television plays the role of a former drug addict, who after a whole life of addiction and confronted with the imminent death from his father, seeks to regain control of his life.

The actor, flayed alive, drew on his own story to build with the director his character of Michel, a big rebellious teenager of fifty years who rolls in chopper, speaks the verlan and has difficulty in assuming a new late fatherhood.

If it is indeed a fictional character, the identification of the actor with his character is such that he wanted to play with his own eldest son, Romeo. Richard Bohringer, Ariane Ascaride, Clotilde Courau and Patrick d’Assumçao, all very accurate, complete the cast of a film which from the first scene takes you to the guts.

The path to a dearly acquired redemption

In a meeting of Alcoholics Anonymous, Michel, weaned for four months, confides in a torrent of disorderly words, which overwhelms him and us with, the impasse in which his life has led him. At 53 years old and barely 50 kg, unemployed and with no qualifications other than his passion for engines, he lives in a shabby basement where he has to accommodate every other weekend the baby that his companion asked for before leaving. leave him. His late reunion with a violent father, suffering from cancer, will lead him on the path of a hard-won redemption, between hardships and temptations to relapse.

As touching as he is annoying by his inability to comply with the “system”, Michel nevertheless tries to be a good man. A good father and a good son. And this overwhelming quest, filmed to the rhythm of life’s tremors, prevents the film from falling into absolute darkness. Just like the solidarity that is woven around him through his support group where he will find help and support, material and spiritual, to rebuild himself.