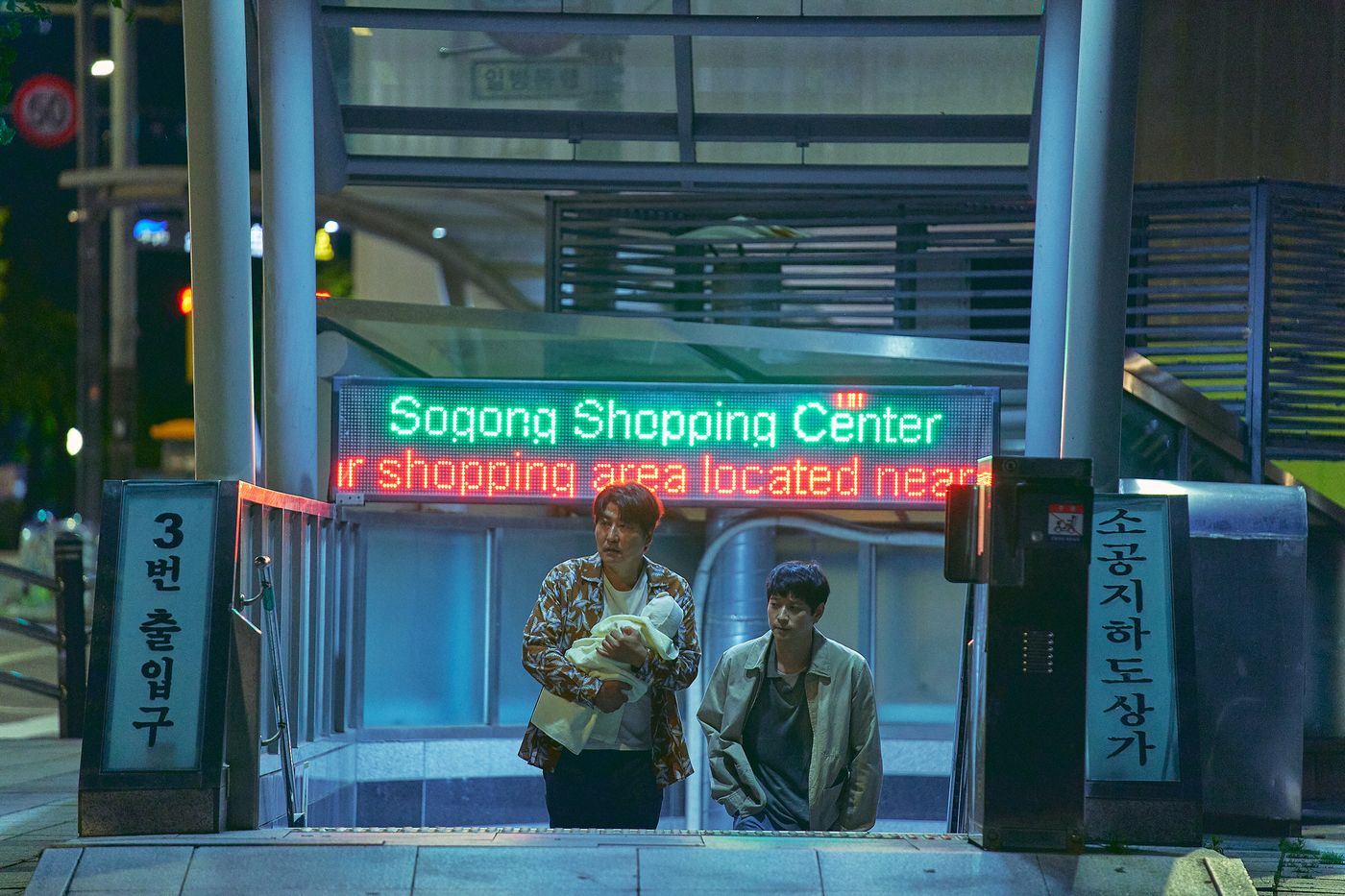 The lucky stars are the ones that lean over Woo-sung’s cradle, throughout Japanese director Hirozaku Kore-eda’s new film. Abandoned on a rainy night in front of one of these “baby boxes”, installed on the forecourt of a church in Busan in South Korea, the infant owes his life to a happy accident. A policewoman, hiding to investigate child trafficking, places him carefully in the warm, before chasing the man who comes to recover him illegally.

Riddled with gambling debts, the target of local mobsters, the criminal is only the owner of a neighborhood dry cleaner who has found this scheme to get out of it financially. So when the baby’s mother, overcome with remorse, reappears and demands retribution for the price of her silence, it’s all these little people who leave on the road. Some in search of an adoptive family ready to spend money against a child, others in flagrante delicto. But the rare pearl is difficult to find because the mother has demands and the criminals seem sensitive to her arguments.

As often in Kore-eda films, the characters are not what they seem. And everyone has their own personal reasons for acting road trip, sensitive and moving, will take care of revealing us. Over the course of the journey, to which is added a mischievous orphan embarked as a stowaway, bonds are woven between them which give them the appearance of family.

An interpretation award at Cannes

four years later A family resemblancethe filmmaker once again probes the mysteries of parentage but has chosen South Korea to situate the action of his film, giving him the opportunity to work with the brilliant Song Kang-ho, the actor of Parasite by Bong Joon-ho, prize for interpretation at the last Cannes Film Festival. A change of scenery which, despite a similarity in the subject, gives the film a slightly different tone from the previous one. Less whimsical and removed, it draws its strength from its ability to install each of its characters over time and to explore the complexity of their feelings.

Abandonment occupies a central place. Dong-soo, the designer’s accomplice, was himself abandoned at birth, So-young experiences a mother’s guilt at having to entrust her son to others, and Hae-jin, a touching little boy , wonders if, ultimately, he did well to come into the world. In a scenario with drawers where each adventure brings an additional layer in the understanding of things, the Japanese filmmaker has no equal in mixing genres, passing in the blink of an eye from comedy to drama, and letting gradually install the emotion. This culminates in a magnificent scene in a hotel room, where everyone thanks each other for being born, before leaving for their own destiny.

In this film, from which emerges a great gentleness despite the harshness of the situations, Kore-eda once again shows an extreme attention paid to the wounds of childhood and his belief in the capacity of human beings to forge other bonds. than those of blood.