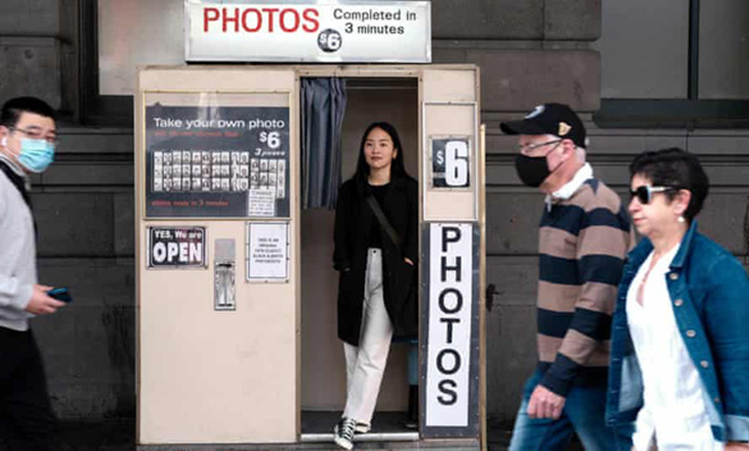 AustraliaYenny Seo belongs to the group of 1% of the world’s population that has the ability to remember and recognize any person’s face even if it’s just a glimpse of them for a few seconds.

As a child, Yenny Seo surprised her mother when she recognized strangers in the store, saying they had passed her on the street last week. When mother and daughter watch movies together, she also realizes that supporting characters only appear briefly in other movies. Her mother never thought of this as a special ability, but only thought that her daughter was observant.

Yenny Seo also did not expect this ability to be called a rarity. This girl’s favorite game is that every time she meets someone on the street, she will search her memory to see where she has met this person before. The results are usually 100% accurate.

“When I was a child, this was an interesting game for me. I liked observing different faces,” shared Yenny Seo.

Later, when growing up and using social networks, Yenny Seo gradually became aware of her ability. When she was a student, she worked part-time in a clothing store. The security guard once showed her an image of a petty thief through a security camera. Although the image was very blurry, the next time this subject entered the store, Seo recognized it and alerted the security.

Until the early 2000s, science had not paid much attention to people with Seo’s ability. “In the world, scientists call this ability different face recognition,” said Dr David White from the University of New South Wales, Australia. said.

“I think intuitively, people believe that the way they see the world is the same as everyone else. Scientists share that intuition,” explains David White.

The doctor became interested in this possibility when he was researching a rare disease, called prosopagnosia. The disease occurs when a person has brain damage that makes them lose the ability to recognize faces, including loved ones, even though they can still recognize other objects. “This is proof that the brain is organized to take on different tasks, like a smartphone app,” says David White.

From this study, Dr. White continued to study people without brain damage and found there was a huge difference in the ability to recognize faces. He and his colleagues said that only about 1-2% of the population has the ability to super-recognize, that is, remember and recognize many strange faces after only one time, even if they meet them briefly.

Currently, in the world, there are only 20 published studies related to “supernatural memory”. Scientists have only predicted that genes play a decisive role, because this ability, if present in a twin, is exactly the same.

Over the past ten years, police forces in many countries have begun to pay attention to people with abilities like Yenny Seo. In London, for example, they have a special task force that analyzes camera images from crime scenes. This team was used in the famous case, when a former Russian spy was poisoned with Novichok in Salisbury.

In Queensland, Australia, the police have searched and selected these officers with special abilities in the ranks of the force. After that, a series of security companies specializing in providing people with super-identifiers began to operate.

In 2017, White and his collaborators designed a tool to screen faces, the purpose of which is to discover people with superhuman ability to recognize faces. Yenny Seo, then twenty years old, was invited to take the test, and her scores were so high that the doctor had to invite her to Sydney to test again.

With Yenny Seo, she did not want to “steal” like in her student days, but was satisfied with her job as a technician in a pathology laboratory, although still interested in the childhood game of identifying someone, even if only briefly. “I even recognized each person even if they were wearing masks to prevent Covid-19,” the girl said.

Yenny Seo confidently believes that she herself is not a crazy person or a freak, just “God gave” her brain that ability.