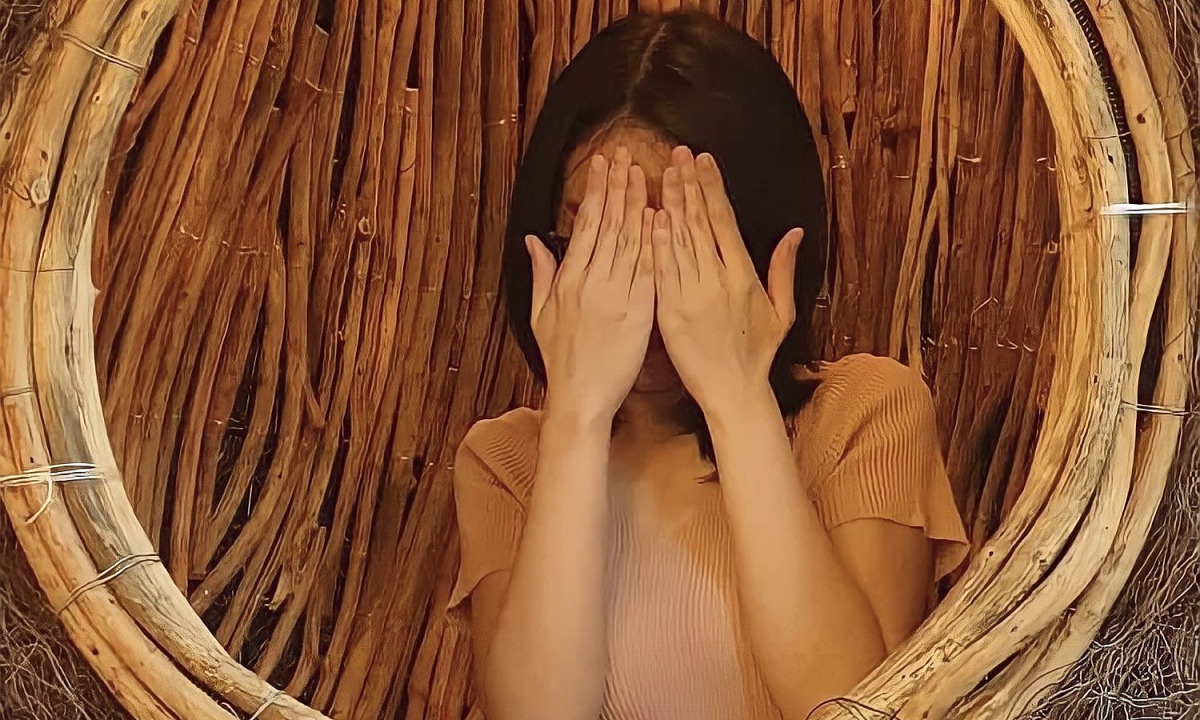 HanoiBefore getting married, Hai Linh used to participate in a few dozen speed and hidden dates, was a member of most matchmaking apps for many years.

Unlike most of her peers, the girl from Hai Phong said that she actively looked for a life partner right from her twenties, not “waiting for death”.

“It will be the person who will accompany me for the rest of my life, the father of my child. If I leave it up to chance, wherever I go, the probability of finding the right person is very low,” said Hai Linh, now 32 years old, human. banker in Hanoi, shared.

Right after graduating from university, Linh was conscious of dating gradually. She began to study about love through courses, reading books on dating and love skills.

Around 2016, Linh first participated in the form of “speed dating” (speed dating). This is a model of 10 men, 10 women, for every woman to talk to 10 men, each for 5 minutes and vice versa. Then all participate in games, and finally write down on a piece of paper who they want to get to know privately. If both female and male have the same desire will be connected. At the first session, Linh did not want to go on with anyone of the opposite sex.

Another time, she invited her younger sister to join a “blind date” (hidden date). Spending 200,000 VND, Linh got to know three men who did not know him before. There are other people who spend 500,000 VND and will be able to talk to 5 people and get to know the photos first.

“My sister met her brother-in-law on her first hidden date. The two got married after my brother graduated from school, 4 years ago. Her sister’s love and beautiful marriage made me believe in her master even more. If you search, you will find a good life partner,” Linh shared.

She continued to find her other half through about 20 other speed and hidden dates in the following years, but failed to establish a formal relationship.

In addition, Linh always expands her circle of friends by actively participating in the agency’s team building sessions, volunteering and going on trips. She even spent more than tens of millions of dong on a high-end dating service, where she was introduced to men who were said to have good records.

But in the end Linh realized, the way to help her find out more people of the opposite sex is through dating apps… “In 6 years, I’ve seen more than a hundred people. I can find out a few. people at the same time but just hang out to see what they are like, how to treat me,” the girl said.

Hai Linh affirmed that there is an “immutable” criterion when using a dating application, which is to always introduce yourself clearly with your name, job, hometown, and hobbies. Profile photo taken by camera, smiling, properly dressed. She doesn’t accept one-night stands and fwb (sexual friends), so from the start she screened those who weren’t serious.

Once she “swipes right” (agrees to connect to learn), she will ask the other person to switch to Facebook messaging to learn more. Linh believes that on Facebook, it is possible to see the relationship status of that person through the way they interact or other people say, especially on birthdays and Tet holidays. Although she got to know many people, she only paired up with two.

In 2019, Hai Linh met Vo Huy Hoang (who later became her husband), over 7 years old through an app. Together banking and meditating, they easily connect.

Hoang said, impressed with her because most people who come to the meditation course are suffering, depressed, stuck in life and are looking for a way out, but Linh’s life is completely happy and comfortable.

Meeting Linh in real life, he officially “poured” the girl with a very bright smile, knowledgeable and confident talk. After the first session, he kept making appointments, standing in front of the office every day, taking Linh to dance, dancing, and having dinner together.

With Linh, at first she did not have any feelings, but gradually realized that he was a talented, polite person. She finds it normal for women to have no emotions after the first date, even good, because “when emotions go up, reason goes down, and then falls into a coma, no longer awake.”

Having a lot of dating experience, Do Hai Linh knows how to choose a man. That first factor must be someone who truly loves you. A man who loves them will spare no time and wants to announce to the world your presence. They care about your feelings and want to work things out for you.

“An equally important factor is to also look at how people treat people with lower status and no interest, to see if they have compassion or not,” Linh shared. For example, once when going to a buffet, seeing Linh eating for a long time, Mr. Hoang urged to eat quickly so that the waiters could clean up, lest they have to come back late. Another time when the two were eating, Linh saw him suddenly get up, run to push a garbage truck for a janitor up a very steep slope. The seriousness in the relationship was also shown in the first week of knowing each other, Mr. Hoang invited Linh to visit his home in Vinh Phuc.

Having known each other for two months, Mr. Hoang held a love confession on a romantic rooftop restaurant. “I’ve never had such a strong feeling towards a girl. I love you, will you be my girlfriend?”, Hoang said, and handed her a long-sleeved letter. Although very emotional, the girl thanked and declined. “The time we know each other is short. I haven’t felt my feelings for you yet,” she said.

Mr. Hoang said, how much excitement and hope that time, received as much disappointment in return. He didn’t actively text for a few days. Four days later, he made an appointment to meet again and said: “I know my feelings for you are big enough, but you and I are not yet. Allow me to continue pursuing you.”

Hai Linh later confessed, after that time, she gave him time to balance his emotions, as well as reflect on his feelings. There are people who have confessed to her in an equally solemn space, when they are rejected, they also stop.

This time he pursued even more fiercely. The office is more than a kilometer apart, he takes care of her every meal. He actively contacted the gyms, paid the fee in advance for her. Sometimes he was also sad and jealous, when Linh went, he still got to know other people, but accepted because there was no bond between him and her.

“A few times I wanted to give up but the love was too great to do. I asked: ‘What more do you need me to prove’, and she said she didn’t need anything, just affection from her side”, Mr. Hoang told.

Once, Hai Linh had influenza A and had a high fever for many days. Knowing the story, Mr. Hoang took three days off work to take care of her. When she got better, he went to work half-time, and returned home to take care of her in the middle of the day. It was the first time after almost two years of acquaintance that Hoang was able to go to Linh’s room and cook for her by himself – something he asked for many times but couldn’t.

“When I was at my weakest, the most pathetic appearance that people still cared about and loved, it was definitely the one who truly loved me. From that moment, I started thinking about a further future with you.” , Linh said.

However, she accepted to be Hoang’s girlfriend on the fourth confession. The couple has registered their marriage in mid-2021 and is expecting their first child.

Hai Linh said that it is not necessary to learn many objects to get the ideal husband. Marriage is a completely new stage and before entering, she and her husband sat down to agree on financial issues, how many children to have, New Year’s Eve, family support on both sides, and division. housework… like, in writing.

However, the reality of living together still has conflicts, differences coming from viewpoints and ways of living. For example, the young wife thinks that she will not sleep anyway, why should she fold the blanket, but the husband cannot see a sloppy bed. “Because of these differences, we agreed not to have children right away, but to spend time with our newlyweds to nurture our feelings, learn how to be a wife and husband,” said Mr. Hoang.

For them, marriage is no longer a period when one person chases the other, but like a tree that needs to be cultivated and watered daily. They learn each other’s love language, do what their partner likes, and sometimes have to lower their egos.

Linh revealed that she has a small notebook that records her husband’s deeds, actions, and gifts. When she is angry, she just needs to read it to find her mind calm and love her husband more.

“There is no ideal husband from the beginning. But I believe that when you treat him like the husband of your dreams, he will gradually become like that,” she said.