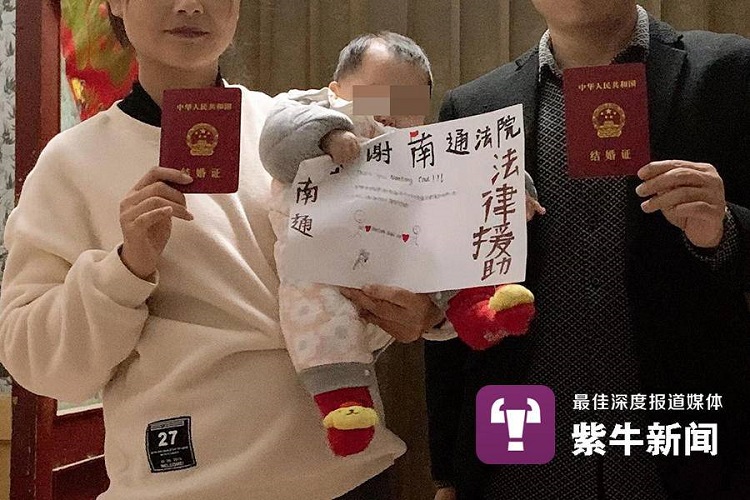 ChinaWhen she and her boyfriend went to the local office to register the marriage, Shang Shang was refused because for more than a year, she had “married” five other people.

The incident took place on December 10, 2019, causing the girl in Ha Nam province to be very shocked. “I don’t know any of these five men. For the past two years, I haven’t gone far and I haven’t lost my ID,” said Shang Shang. She reported the case to the police and asked the local Civil Affairs Bureau to revoke papers proving her marriage.

Specifically, Shang Shang was married on paper with two Hebei men, one in Shandong, one in Anhui and the other in Jiangsu. But except for Ha Bac, the remaining three provinces all refused to comply with the above request. Shang Shang went to each place to complain.

On August 13, the People’s Court of the Nantong Economic and Technical Area, Jiangsu province, opened a trial to investigate and handle the case. At the trial, the court ordered the local authorities to invalidate the marriage relationship between Shang Shang and the man living there.

In Anhui province, Shang Shang’s “husband” passed away, so the court ruled that their relationship was invalid. However, the marriage in Shandong has not yet been released. During the lawsuit, Shang Shang’s daughter with her boyfriend was born. Because there is no marriage certificate, the child cannot apply for the birth certificate, household registration and health insurance as usual.

On April 14, 2020, the Zhaucheng District Court, Shandong, decided to divorce Shang Shang and the man in this district. However, the girl disagrees because she thinks this verdict undermines her innocence. “It turned me from an unmarried girl to a divorced woman,” said Shang Shang. On the same day the court took the initiative to reopen the girl’s divorce.

On October 21, Trau Thanh district court ruled that the person impersonating Shang Shang to get married left home. The court admitted the marriage of the girl and the man in this district was not established, and asked the Civil Affairs Bureau to correct the marriage information for Shang Shang.

On November 16, the girl was registered to marry her husband – firstly – in a righteous way. She also does the necessary legal procedures for her new baby. “I can live a peaceful life. Hopefully one day the police will bring my impostors to justice,” she said.

Intelligent Update (According to the Thepaper)