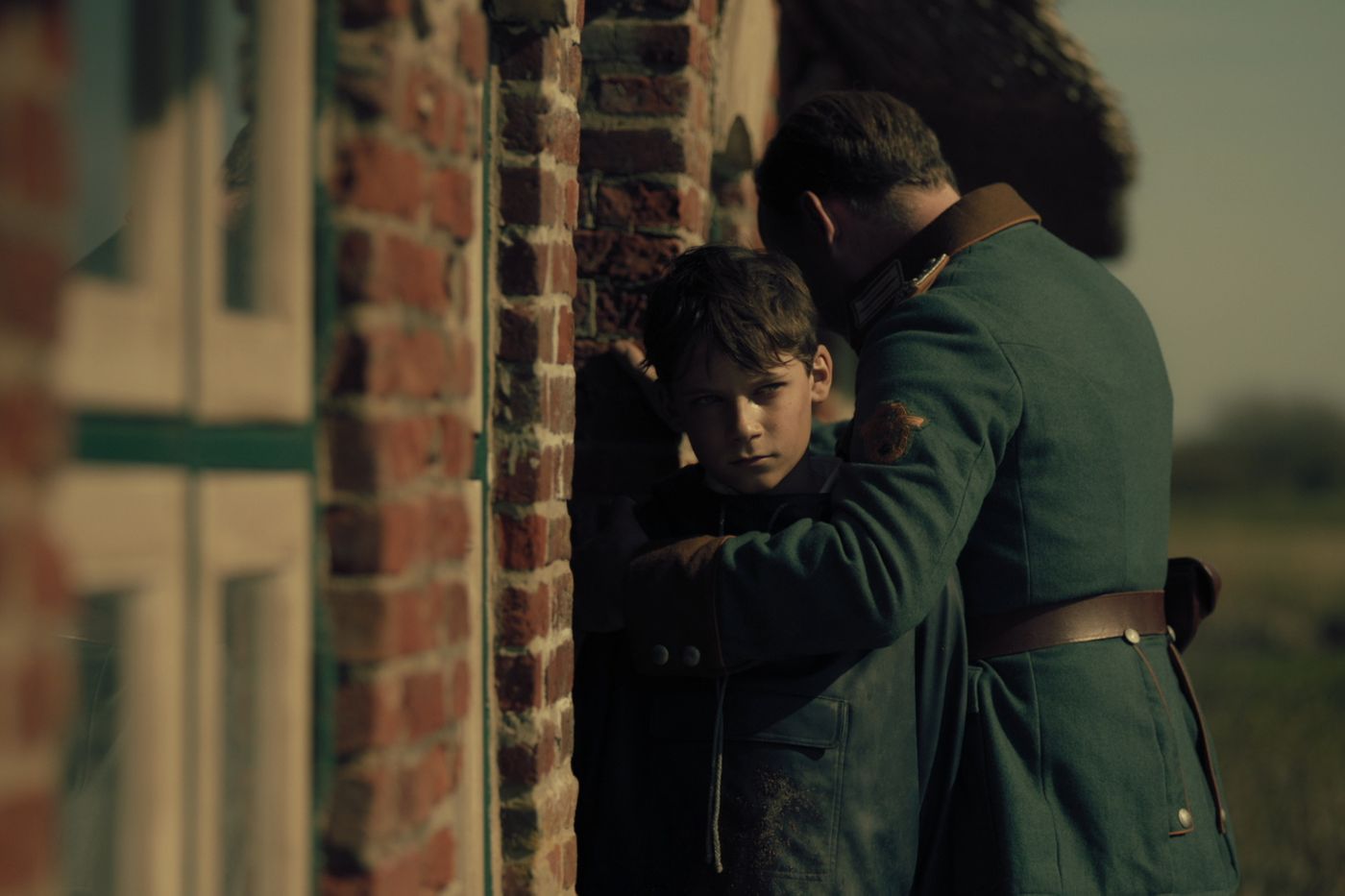 How far should we obey? And what are the limits to duty in an authoritarian regime? At the heart of this dilemma lies the beautiful novel by Siegfried Lenz, a post-war bestseller published in 1968, which sent the German people back to the scars left by their Nazi past. He is embodied here by the figure of a young child of 11 years, Siggi Jepsen, caught in a conflict of loyalty between his father, a police officer, responsible for enforcing the laws of the Reich in this province on the borders of Germany, and his childhood friend, the painter Max Nansen, whose “degenerate” art is the target of the regime. Their clash will lead Siggi to make a painful choice that will lead him to the limits of insanity.

A tormented and metaphorical nature

German director Christian Schwochow (Paula, On the other side of the wall) got down to work with his mother, a famous screenwriter in his country, to adapt this national monument, wishing to give it a contemporary and universal reading at a time when, according to the filmmaker, “Anti-democratic sentiments are gaining ground”, all over Europe. The very discreet reference to the historical context – that of the Nazi regime – in the film ends up being completely erased behind the confrontation between these two men who have to make different choices with regard to the authority in place and its anti-freedoms measures, thus breaking a friendship that has always united them.

→ READ. “On the other side of the wall”, purgatory between two Germany

A symbolic scope already present in the novel. Inspired to the author by the painter Emil Nolde, banned from painting from 1941 despite Nazi sympathies discovered late, and voluntarily located far from Berlin and all the folklore of the Third Reich, the novel made of the tormented nature of the edges of the Baltic Sea with its storms, its long jetty battered by spray and its flights of seagulls threatening the metaphor of Siggi’s moods. The film, harsh and corseted, manages to restore all its visual beauty with this expressionist aesthetic, no doubt adapted to the story, but which tends to lock the characters in their archetype, leaving little room for emotion.