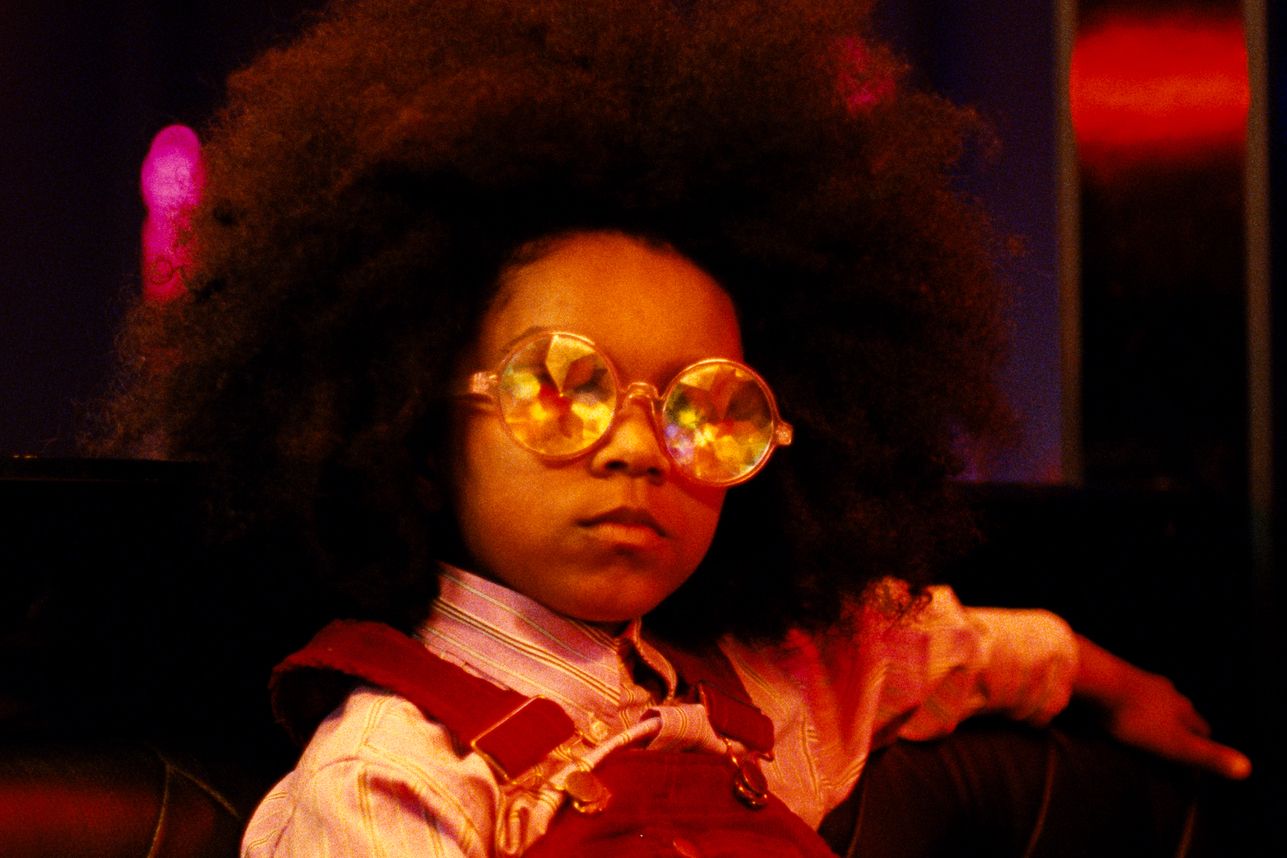 The world of childhood and its phantasmagorical imagination are at the heart of the work of screenwriter and director Léa Mysius. Avaher first feature film released in 2017 told the strong story of a teenager losing her sight who took advantage of her summer by the sea to live forbidden adventures and test all her other senses.

It revealed in passing the young actress Noée Abita, astonishing in a sassy savage, and gave Laure Calamy in the role of her mother, the opportunity to show her talent. The senses are still at the heart of this second film where a 10-year-old girl, Vicky (Sally Dramé), has such a powerful sense of smell that it allows her to travel through the memories of the people around her.

It is not, however, a question of witchcraft, and The Five Devils of the title is only the name of the mountain lake near which the story takes place. The fantastic ingredient of the film serves here as an artifice for the director to embark with this child on an exploration of the tormented past of her parents, gradually reconstructing, like a mosaic, the truth that haunts them.

The director herself was a little girl “obsessed with smells”, she explains, going as far as “concocting infamous potions” in his early childhood and to follow thereafter “Training to better understand the extraction and composition of perfumes”. Her heroine has the ability to retain them and imprison them in jars that she carefully labels and hides under her bed.

Vicky is a mixed-race little girl and her Afro haircut does not go unnoticed in the remote town in the Alps where she lives with her parents. Faced with harassment from her classmates, she took refuge in loneliness and unconditional love for her mother Joanne (Adèle Exarchopoulos). So much so that she would be able, thanks to her special gift, to find her anywhere blindfolded.

This one, a former local miss who has become a lifeguard, is bored in a dull life and a withering marriage with Jimmy (Moustapha Mbengue), her firefighter husband. Only swimming in cold water in the nearby lake allows him to extract himself from his daily life. The unexpected arrival of Julia, her husband’s sister, whom they had not seen for ten years, will shatter these deceptive appearances.

By reconstructing the smell of this aunt she did not know, Vicky suddenly finds herself transported to a time before her birth. Snippets of the past thus reach him in flashes and, like the pieces of a puzzle, will gradually come together to reveal a deeply buried secret and a drama that has shaken the village. Giving us at the same time the key to all the unspoken things in this story, including racism and homosexuality.

It is the great quality of Léa Mysius to manage, in a modest economy, to introduce suspense and mystery into this story of an existential quest. From the one that all children go through when they ask themselves: what if my parents had never met? And to auscultate, through this mother-daughter relationship, the acceptance of her difference.

Served wonderfully by the topography of the place with its immutable mountains, its opaque water lakes and its communities folded in on themselves, the scenario advances on a tenuous thread and, despite a fragmented composition and some improbable situations, manages to never lead us astray. . The meticulous images, shot in 35 mm, play on contrasts in order to give it this dark and mysterious atmosphere in which the story is steeped. Told through the eyes of a child – that of Sally Dramé – the film also offers Adèle Exarchopoulos a nuanced role and the opportunity to assert a new maturity as an actress.

A graduate of La Femis in 2014, Léa Mysius is at the age of 33 a screenwriter in great demand. Although she began by directing three short films (Exquisite Corpse, The Thunderbirds and The Yellow Island) and an acclaimed debut feature, Ava, selected in 2017 at Cannes at the Semaine de la critique, she has been collaborating for several years with several great filmmakers. In particular, she co-signed the screenplays for Ghosts of Ishmael and of Roubaix, a light by Arnaud Desplechin and the Olympiads by Jacques Audiard. She also worked on writing the animated documentary Samouni Road by Stefano Savona, from the latest film by André Téchiné, Farewell to the nightand of Stars at Noon, by Claire Denis in competition at Cannes this year.