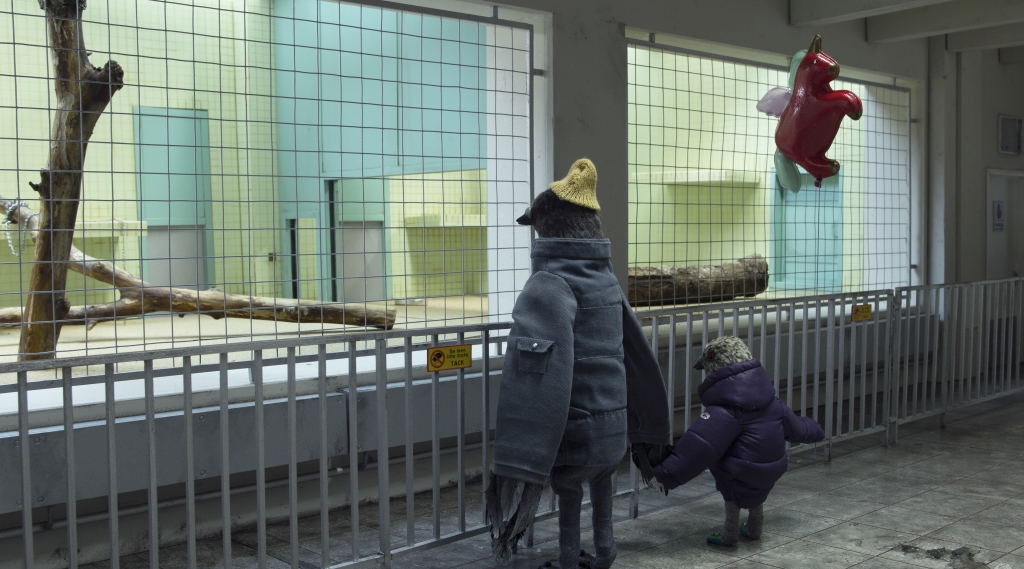 2020 is not over. As we all looked forward to the new year to be done with this annus horribilis, 2020 plays overtime with its chappe sanitary lead, its political mistakes and its chronic uncertainty. As if we were still in December, December 41, 2020 …

In short, the period is perfect for watching Something to remember (Något att minnas), by Niki Lindroth von Bahr. I told you about this Swedish filmmaker about her previous short film, The burden (Min Borda), a depressive musical at the crossroads of Wes Anderson and Aki Kaurismaki, with its magnificent lost and its poetic realism. All in a delicate and neat volume animation.

Three years after this marvel which won, please, the Crystal for best short film at the Annecy Festival in 2017, she extends her existential reflection with a musical film, darker, but just as graceful. A film whose end-of-the-world atmosphere is in tune with its time, as was during the last (online) edition of “the most beautiful of festivals”, Empty Places by Geoffroy de Crécy or Physics of sadness by Théodore Ushev.

Before the interview with Niki Lindroth von Bahr, here is the film, thanks to the essential Arte program, “Court-circuit”. 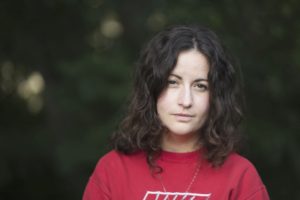 Your film has a strong resonance with the period in which we are living. What relationship do you have with the disaster?

Niki Lindroth von Bahr : I have always been fascinated by the dark themes, and the tragicomics of these “end of the world” situations. The thoughts expressed by the characters in both films are forms of therapy.

Something to remember has a lot in common with The burden. Can we consider it as a sequel?

They have the same narrative structure, although the fragments are looser in this film than in The burden. At first, I wanted to do something new and shorter for an exhibition. After The Burden, I had my first child. Then I got sick. A chronic illness that forced me to go to hospitals. After six months with my daughter, I needed to make this film. It is my most personal work.

It only took me six months. I had to go fast, explore the emotions I was feeling during this period. I wrote the script while filming. It’s a new way of working for me: I learned that my films could be made faster.

Something to remember evokes contemporary memories of our time. When I put my daughter to sleep, I would sing that old Swedish lullaby to her while improvising new lyrics. I went there intuition and the atmosphere gradually settled. It was nice to work like this. When the film was finished, I realized that it was about parents, about making a child in this world in chaos. 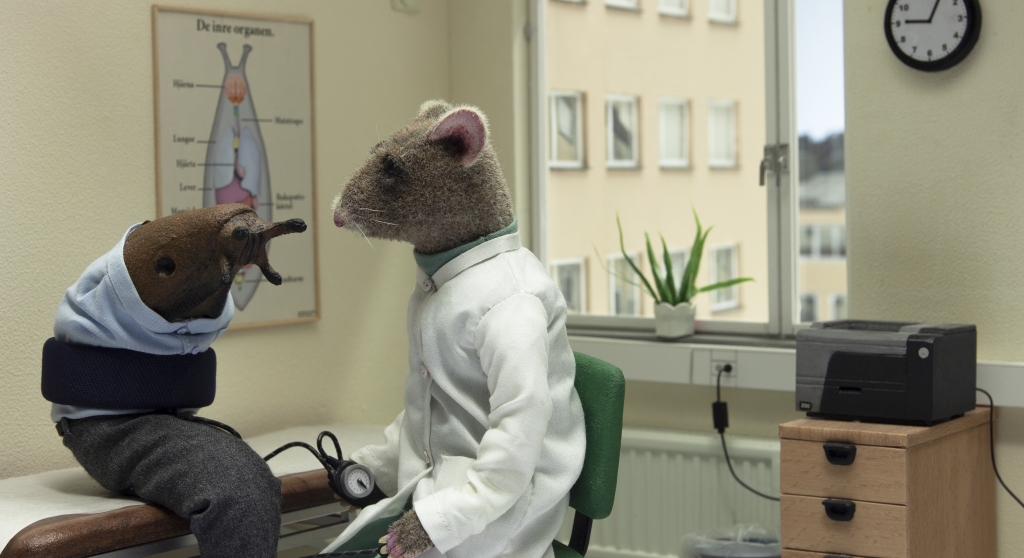 The film is melancholy, funny and tender at the same time. Do you think humor is the politeness of despair, as filmmaker Chris Marker said?

Yes, that’s exactly it. You can’t describe this world without laughing a little about it. Some people criticize me for having too much empathy. I’m too compassionate, it’s pretty exhausting. I’m Aquarius, I carry the weight of the world on my back (laughs)!

Music occupies a central place. How did you work on this aspect?

I am very demanding of the soundtrack because it can force you to feel certain emotions. In my second film, Bath house (2014), there was no music, it makes the spectator uncomfortable who does not know on which foot to dance.

My following films are very musical. The songs were written by the same artists, Martin Luuk for the lyrics and Hans Appelqvist for the music. But I consider more Something to remember like a clip, because it rests entirely on the lullaby.

Your four short films feature anthropomorphic animals. How do you choose the species represented?

In Bath house, I chose recently extinct species, in The burden, animals used in the laboratory, and in the last, those considered as parasites (rats, insects, moles, etc.). These choices are related to history, but not necessarily.

I have always used this technique, I will not be able to do another. I like to build my own world. After my art studies, I worked as a television decorator. I am very tactile, I like to touch. When I am not doing animation, I do ceramic sculpture. I feel like I’ve found my way, my aesthetic, so I’m not thinking of changing my technique. 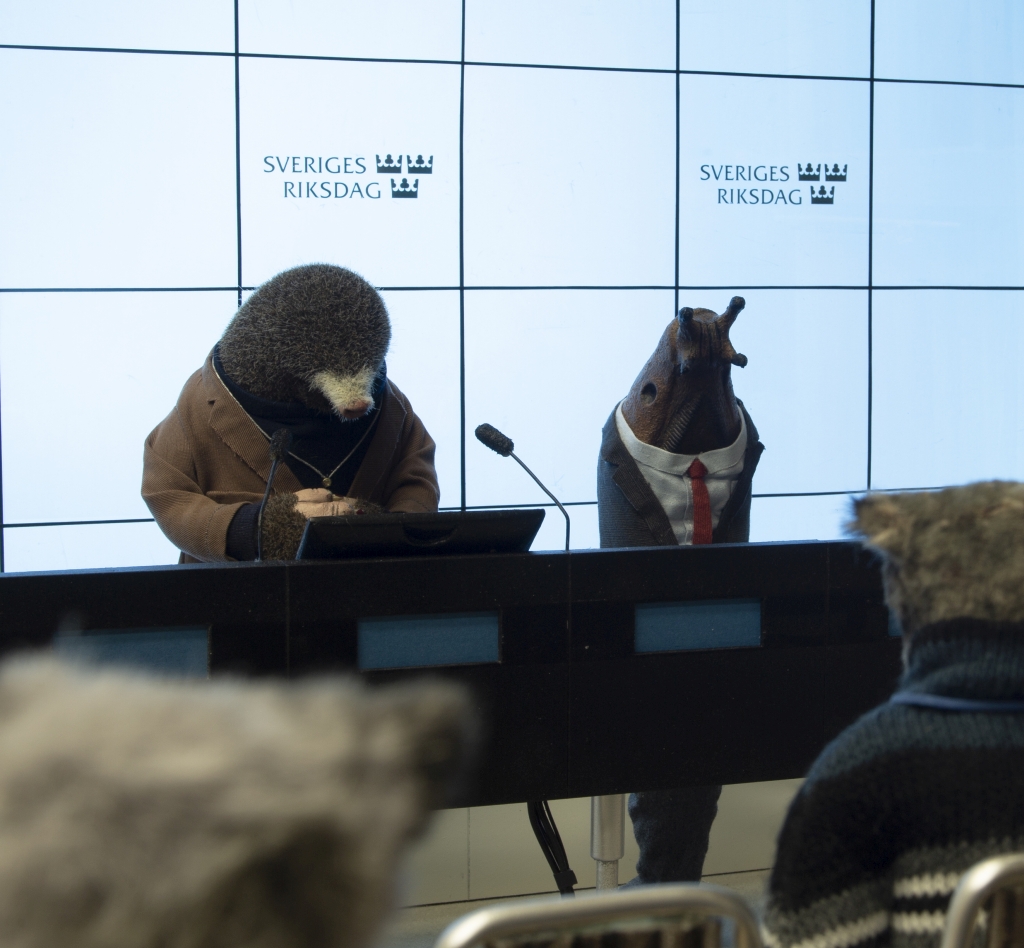 The light is very special in your films, both raw and unreal. What are your sources of inspiration in this area?

I do the lighting myself, often for lack of budget. It takes me a long time because I am not an expert. Every time I start by immersing myself in my books, the painter Caspar David Friedrich, with his characters half hidden in the dim light, inspires me a lot.

In the cinema, I will seek ideas from Michael Haneke or Roy Andersson, whose films are marked by a light without too much contrast. I draw my inspiration more from live cinema than animation, because I try to give my version of reality. However, animation is already a vision filtered by an artist.