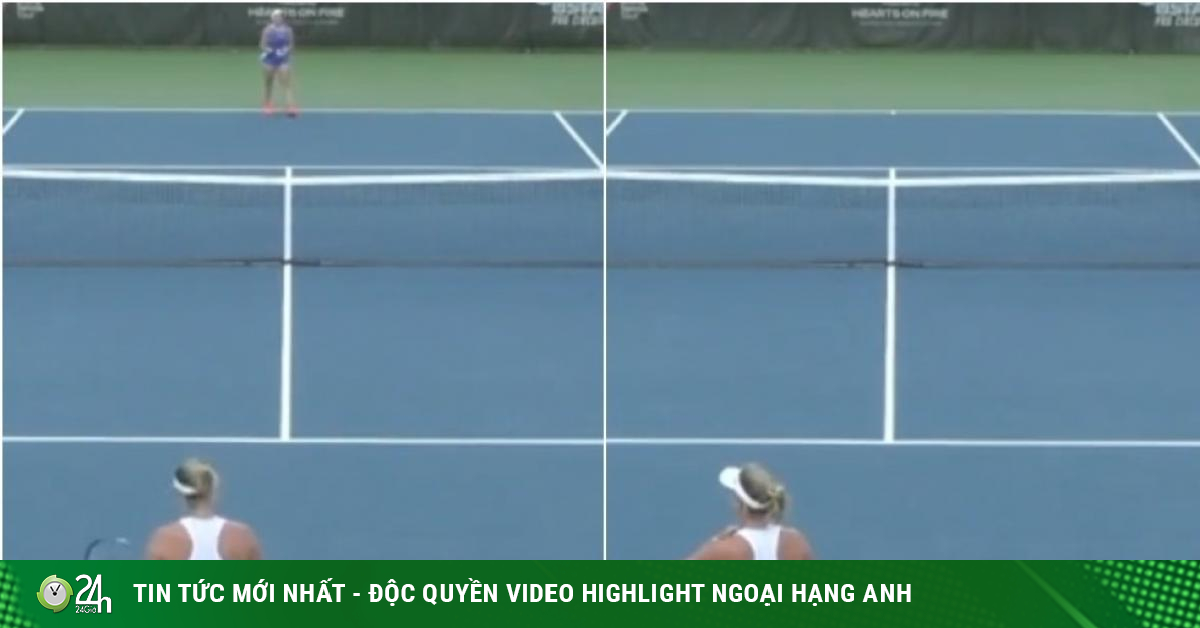 At the Pennsylvania Open event, the ITF women’s singles tournament taking place in the US, the hostess CoCo Vandeweghe made her opponent Ekaterine Gorgodze (Georgia) along with the referee and the audience clamored. Because the weather was too hot, the 29-year-old tennis player asked the referee for a break to “cool” her body, after returning the American player acted badly, she didn’t want to warm up, so she hit the ball. outside. This made Gorgodze extremely angry, the referee then had to go down to the field to remind Vandeweghe.

“Maybe CoCo wants to cancel this match because of the hot weather. It’s hard to believe but CoCo doesn’t want to warm up,” the match commentator said of the 29-year-old female tennis player’s actions.

Finally CoCo withdrew, she gave up in the third set when she was losing 0-2 and gave up the ticket to the opponent Georgia.

The action of the American tennis player was condemned by the audience on social networks. “Who she thinks she is, a professional tennis player has to adapt to the weather. She may not respect the opponent, ignore the referee’s opinion but needs to care about the feelings of the viewers.”

“She should appreciate being a professional tennis player, because it’s an amateur act,” another commented.

CoCo once rose to 9th place in the world women’s singles in 2018, but the 29-year-old player’s performance gradually declined, currently the player is ranked 160th, she is looking forward to the US Open 2021 to improve her ranking. (Sports news, tennis news) World No. 2 tennis player Danill Medvedev lost a point because he was playing when he said sorry…