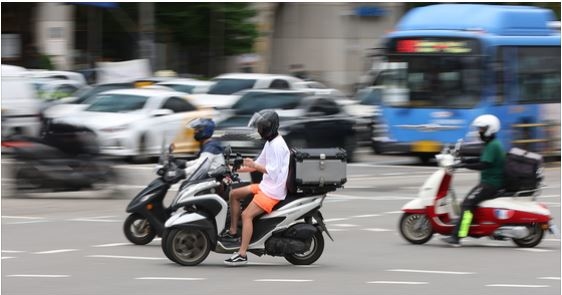 In elevators in Korea, the door close button is most often worn out by users pressing it to shorten the wait time, even if it’s just a second.

At bus stations, the bus has not arrived yet, customers have lined up, even holding a card to pay for the fare. Before the car reached its destination, many people stood up to wait for the door to be opened.

The fast-paced lifestyle is ingrained in Koreans, and the problem often turns into culture shock for foreigners who come here. In the land of kimchi, people often hear the saying “ppalli ppalli” (quickly, hastily) – word often used to urge someone to get a job done as quickly as possible.

Explaining this phenomenon, many experts believe that the process of industrialization and modernization in the 1950s required speed. In that context, fast is very effective and is the basis for social development.

Analysts have many views on the driving force behind the trend ppalli ppalli. Most believe that this lifestyle was born from the “leapfrog” period, helping Korea from a poor country to an economic powerhouse. The initiator of this development period was former president Park Chung Hee.

While his military dictatorship remains controversial, he has infused the spirit of “do it” into businesses and people’s daily lives. He set ambitious goals such as reaching 10 billion USD in exports and perfecting the transport infrastructure across the country, making them a reality. Korea’s exports were only $100 million in 1964, rising to $10 billion in 1977, three years ahead of schedule. It took the government just 2.5 years to complete the Gyeongbu Expressway, a highway connecting the capital with the southernmost point of Busan, in 1968.

Modernization contributes to the speed trend, but not the only factor. That is proven in the records of foreign tourists.

“Koreans tend to be in a hurry all the time, so they are often imprecise,” King Sejong, the fourth ruler of the Joseon Dynasty (1392-1910), wrote in the Royal Chronicle.

“Foreign teachers willingly testify to their mental acumen and quick perception, as well as their ability to quickly acquire language. They speak more fluently and have much better accents than the Chinese. or Japan,” wrote Isabella Bird Bishop, an English explorer and writer, in “Korea and Her Neighbors,” published in 1897.

However, there are still people who think that Koreans are lazy. American geographer Ellen Churchill Semple and novelist Fannie Caldwell Macaulay observed this feature in the early 1900s, explaining that the unfair economic system fostered laziness.

“Koreans are docile, gentle, lazy, inefficient. Their ideal is ‘honorable leisure’. To them, all leisure is precious,” they wrote in a newspaper. fox.

Several Japanese officials during the colonial period made a similar assessment. Although many people think that these comments should be considered as broken salt, for the purpose of not being objective.

Koreans are especially impatient with slow Internet speeds because it interferes with quick exchanges such as communications, banking, shopping and many other tasks done over the phone. Some choose to close the browser and try again instead of looking at the loading screen for another three seconds.

When KakaoTalk, a mobile messaging app used by more than 90% of the Korean population, crashes momentarily, users quickly turn to other social media channels to report complaints, bringing “the KakaoTalk error.” ” to the top of trending phrases on the web.

From the point of view of culture ppalli ppalliSouth Korea’s public transportation system must also meet the need for fast travel. The country’s high-speed train, subway and bus systems are well-developed, covering everywhere.

At each bus stop, a board shows the arrival times of the buses. Seoul uses these boards at more than 800 stops, with about 7,800 city buses connected to the system. The estimated time is not absolute, but the city government continues to improve. The Seoul city government said that the accuracy of bus timetables reached 94%.

However, over time, people in the country know how to practice ppalli ppalli can lead to carelessness or neglect of important values, affecting mental health.

Koreans order food in a restaurant, they want to have it on hand as quickly as possible. In fact, in any country, customers want fast service, but in Korea, customers often show a more extreme attitude. Orderers want their food to arrive in less than 30 minutes, if it takes longer than an hour they will call to complain.

In the field of online shopping, it takes more than two days to receive an order, testing the patience of many Korean customers. Popular e-commerce players like Coupang and Market Kurly have introduced same-day or early-morning delivery to ensure packages arrive within 24 hours of being placed.

Whatever the trend ppalli ppalli may have helped the country develop at a rapid pace, but hasty incidents are also likely to occur. One iconic example is the collapse of the Sampoong department store in 1995, which killed 502 people and injured more than 900. The cause of the collapse was negligence in construction.

Eight months earlier, the Seongsu Bridge in Seoul collapsed into the river, taking away cars, trucks and buses. Again, the cause was in part negligence.

After a series of tragic incidents in which a culture of haste was blamed, leaders in South Korea have spoken less about speed. They diverted emphasis on the importance of meticulousness and precision, especially as we entered the 2000s.

Intelligent Update (According to koreajoongangdaily)