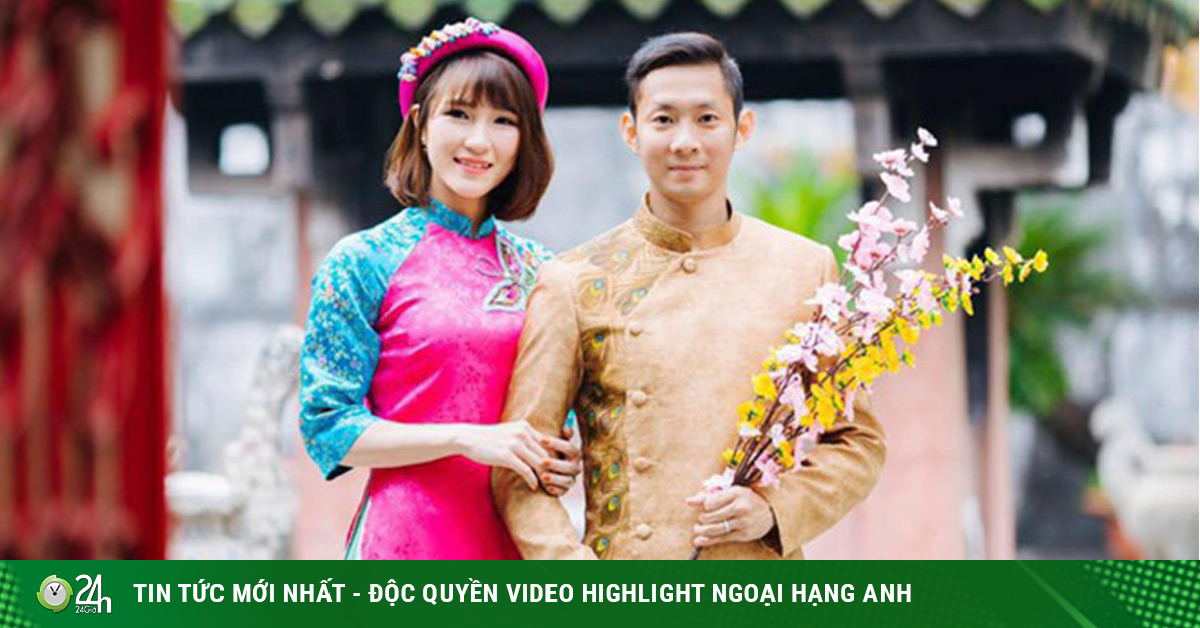 The love story of Tien Minh and Vu Thi Trang can be said to be the story that consumes the most media in the Vietnamese sports village. If Tien Minh is one of the national sports monuments with a record of participating in 4 consecutive Olympics, once rising to the top 4 in the world, “Hot girl” Vu Thi Trang also had a long time holding. 1st place in Vietnam women’s badminton.

Rumors of this couple’s love story appeared since 2014 but it was not until the 2016 Olympics in Brazil, the love exchange on the field when Tien Minh and Vu Thi Trang took turns being each other’s coaches. Recorded, the above relationship is officially confirmed.

The two then got married at the end of 2016. At present, they have no intention of having children but still devoted themselves to badminton in the country.

It all started in 2004, when Minh Sang was still a national team athlete, he took all the courage to confess to the hottest girl in the Vietnamese sports village at that time, nicknamed Ha Holly and agreed by the beauty. This couple together participated in SEA Games 2005, SEA Games 2007, both times Truong Minh Sang brought home gold, Nguyen Thu Ha won bronze – an impressive achievement of Vietnamese artistic gymnastics at that time.

At the end of 2014, they returned to the same house after 10 years of knowing each other. In 2015, they welcomed their beautiful first son. Currently, both are talented coaches of the national team, making great contributions to training excellent faces for the Vietnamese sports village.

Nguyen Thi Oanh (Hanoi) is considered the hottest girl of the Vietnamese athletics village with outstanding height and pretty face. The beauty born in 1996 has attended the SEA Games 5 times, won a bronze medal at ASIAD 2018, a silver medal at Asia 2017 and won 3 gold medals at SEA Games (2015, 2017 and 2019). 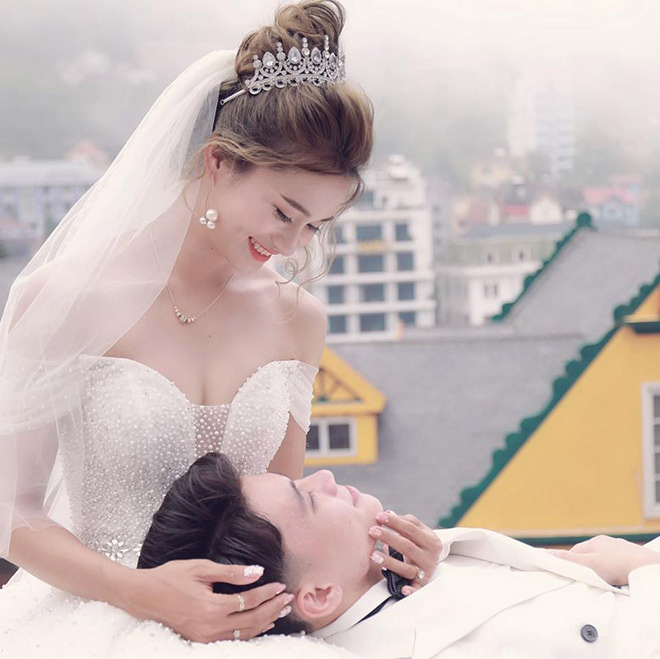 At the end of October last year, she announced her wedding. The groom is Dang Hong Son (born in 1998), a Karate player who won the bronze medal of Kumite in the -67kg weight category at the 30th SEA Games. This wedding was compared by the sports village to the “martial arts – running festival” when most of the guests were invited. colleagues in these two disciplines.

In 2010, Nguyen Ngoc Truong Son surprised the media and fans when he announced his lover after a long time of keeping it secret. That was none other than Pham Le Thao Nguyen, the “senior” 4 years older than her in the national team and was considered the beauty of the chess village of Can Tho at that time. By 2015, the pair of “female bronze fairies” officially returned to the same roof. 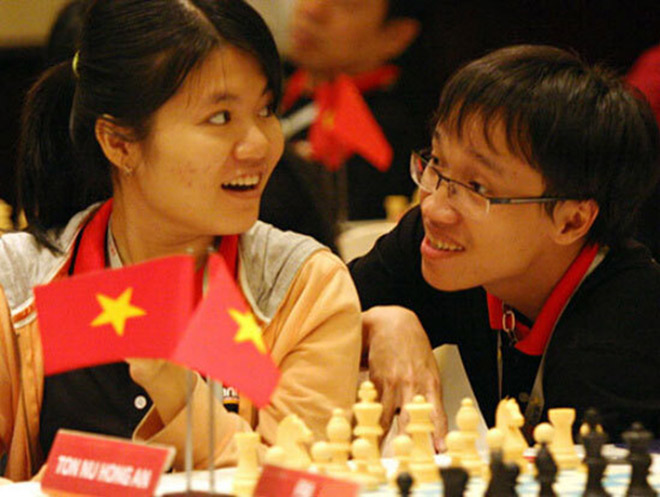 If Thao Nguyen is the fulcrum to help Truong Son overcome the most difficult time in his chess career, Truong Son is also a quality “green army” to help Thao Nguyen progress and rise to become the top female chess player in Vietnam. .

Not only are they the only couple to win the right to compete in the World Cup, Truong Son and Thai Nguyen are also a unique duo in the Vietnamese chess village when they are both international grandmasters, once ranked in the top 100 in the world. world, won the Asian gold medal and the SEA Games gold medal.

If husband Dinh Hoang is the “Nam King of the Vietnamese boxing village”, his wife Do Thi Hoang has been compared to the “Queen of Athletics” with many prestigious medals in the SEA Games and Asia. After winning the gold medal at the 2015 SEA Games, the two officially got married in November of the same year. 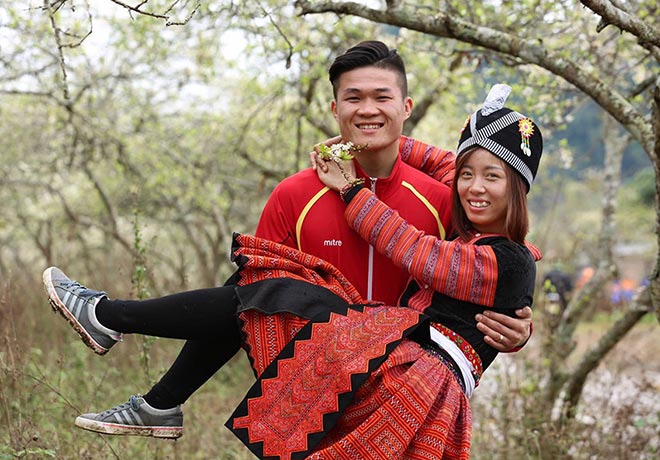 “Male king of boxing” and “Queen of athletics” in Vietnam

It was Do Thi Thao who became a solid fulcrum for Truong Dinh Hoang to overcome an eye injury, return to the national team as well as rise to become a famous professional boxer of the country’s boxing village with the East Asian WBA belt. history.

Currently, this couple makes many people admire with a full family life with 2 sons. In addition to a successful competitive career, Dinh Hoang and his family also have a predestined relationship with business as both the owner of a gym, a sportswear brand as well as a coffee brand named after him. 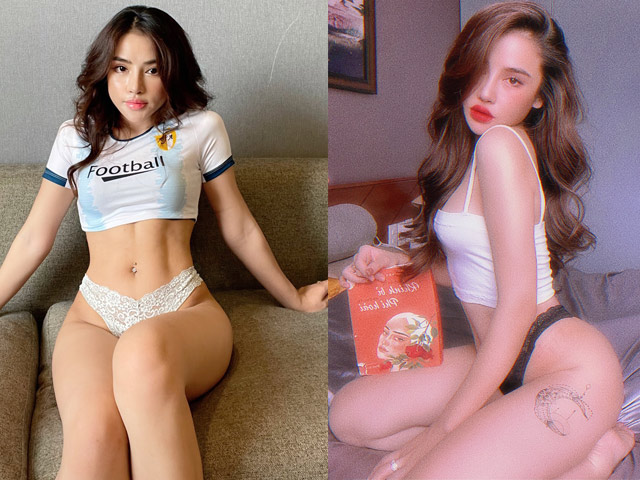