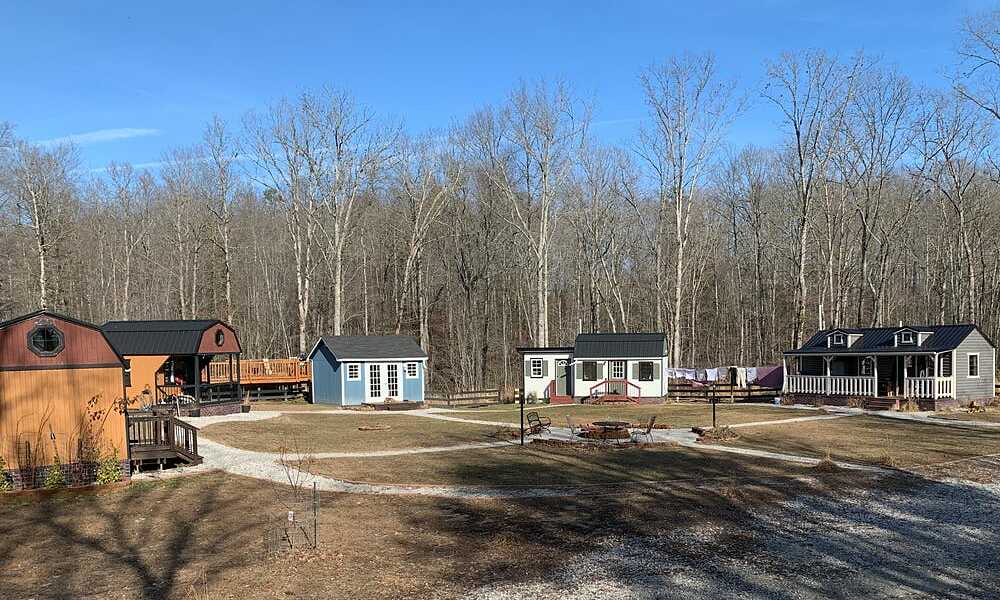 AmericaInstead of living in a big house, the Ryan Brinks family built 6 separate small houses, ranging from just 15 square meters to each member.

Initially, the Brinks lived in a 205 square meter house in Michigan. In 2015, in response to the movement of living in small houses to protect the environment, the Brinks moved into a cabin. However, the teenage children Lennox and Brodey are uncomfortable because they do not have their own space.

They decided to “migrate” to the edge of the Kentucky forest because the land price here is cheaper and there are not too many strict construction regulations. With 57,000 USD, they bought a plot of more than 8 hectares and invested an additional 22,000 USD to build 6 tiny houses on the land.

Brinks couple’s largest apartment with an area of ​​26 m2. The house has windows, living room, kitchen, bathroom with amenities.

The next house is a bathroom for Lennox and Brodey and a living room.

Next is the common house, which they call the swimming pool house. This is the place to connect family members together. This home also leads to the family swimming pool.

Near the swimming pool is the home of his 17-year-old son Brodey. This is a beautifully domed wooden cabin. The guy’s house has a sofa and TV to invite you over from time to time. The attic is your bed.

Lennox’s home, 19 years old, is like a warehouse. Lennox currently only lives here on weekends because he is a student. Lennox said that when her parents chose the model of the house to build, she and her younger brother could choose the model they wanted.

“It mostly feels weird that my younger brother and I live in different houses from my parents, but I love privacy,” the schoolgirl said.

Ms Keli also said that while living in a large house, the two children spent most of their time in a private room. “They go downstairs for a snack and dine or use the bathroom. In the village, too. As a teen, they spend a lot of time in their own cabin and only come to our house for a snack or in meal time. If we need some kids, we just need to knock on the cabin door instead of the bedroom door as before, “said Ms Keli.

They also have a small 6-square-meter house that the Brinks and his wife use as their office. On this land there are also chicken coops and goat coops. In this “village”, the Keli and his wife pay less than $ 200 for utilities, less than their home in Michigan. 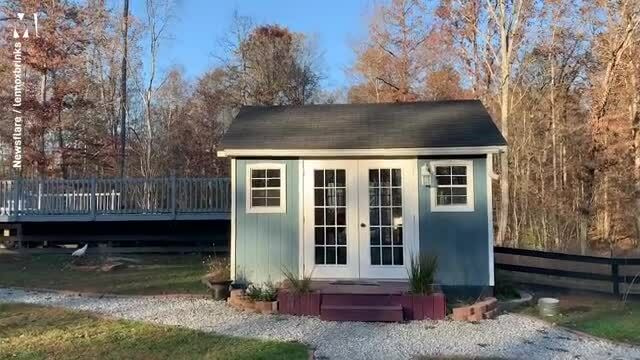 Keli says these small homes save energy because it’s easier to heat and cool smaller spaces. The family produces only one trash bag per week. “The reason we have less garbage is because we try to live by a very important 4 R rule: reject, reduce, reuse, recycle,” says Keli.

They always refuse plastic bags and use cloth bags. They brew almost all leftover vegetables, feed the chickens with leftovers, recycle everything that is allowed to be recycled and rarely use the clothes dryer …

Bao Nhien (According to the Insider)