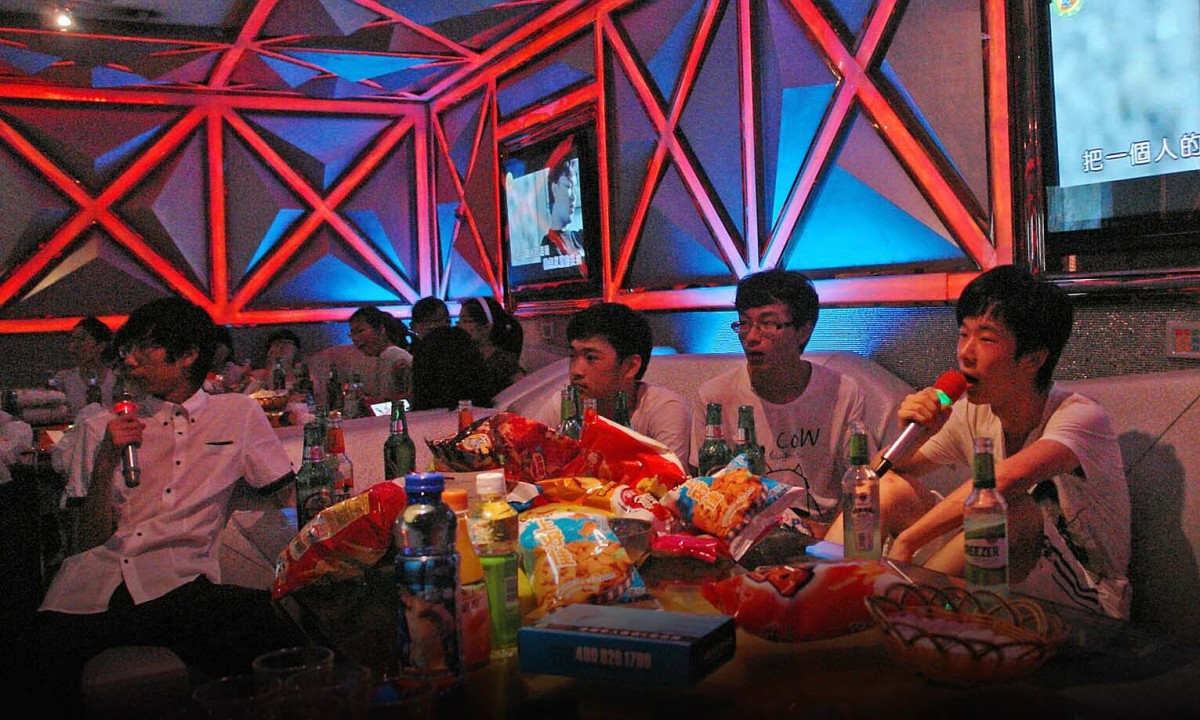 ChinaThe time when young people gathered in bustling venues to sing and dance has ended. Now they’ve retreated to the small space and have more entertainment options.

“When I want to sing, I just turn on the karaoke app and use the microphone at home,” said Zhang Jingwei, who used to frequent karaoke bars at least once a month.

Originating in Japan, karaoke spread to China in the 1980s and quickly became a holiday and weekend pastime in many Asian countries.

But recent data shows that the love of karaoke is fading.
According to estimates by China Central Television, the number of visitors to KTV venues has continuously decreased in recent years, and the pandemic has contributed to an 80% decrease in customer numbers. Another reason for the decline of the karaoke industry is that in 2018, the government launched a campaign to crack down on piracy, causing 6,000 songs to disappear.

In the face of increasing competition and changing tastes, in recent years, major companies have closed most of the karaoke bars. Last year, a well-known company in Beijing laid off hundreds of employees.

“There aren’t as many songs and KTV bars as before,” said Xu Shirui, a 21-year-old student in Changchun City, Jilin Province.

Her views attracted thousands of comments under her Weibo post with the topic: “Why don’t young people go to KTV anymore?”. “Only one or two people sing while the others play on their phones,” one person commented. “It’s embarrassing to sing in front of other people,” said another.

According to Toni Yang, a brand consultant specializing in youth culture, the diversity of entertainment types has made young people no longer interested in karaoke bars.

“KTV requires people to sing well, like to drink, while many people come simply as spectators and pay. There is no fairness here,” Yang pointed out the downside of this type of entertainment.

Instead, young Chinese are flocking to clubs to play games. They play characters and spend hours solving fake cases. The entertainment industry is estimated to generate $2.6 billion in revenue in 2021, according to consulting firm iMedia. The game’s popularity has raised concerns among Chinese officials that it could fuel violence and pornography.

“Most young people prefer playing this game to KTV, especially introverts. Moreover, they get to show their personality in games,” said Toni Yang.

Fang Minhua, 65 years old from Shanghai is one of them. He said many people of his generation did not have luxury entertainment in their youth and are now seizing the opportunity.

Since retiring, he and his wife studied together to sing, then often gathered in bars. They spend the day dancing and singing popular songs of their decade. “KTV is no longer reserved for the young. It enriches our retirement lives,” he said.

KTV salons are also adapting to changing trends. In the eastern coastal city of Qingdao, many bars are offering free karaoke sessions for people over 60. Some KTV shops in Jiangsu province also offer free and cheap singing to groups over 50 years old.

Mao Xining, a university student in Shanghai, said he had witnessed these changes first-hand. Although she lost interest in karaoke, it became a regular pastime for her mother and her friends.

They love going to KTV because it’s an affordable way to meet and entertain each other. “In Shanghai, the cost of singing is higher and there are also many alternative entertainment options,” said Mao, a native of Jiangxi province.