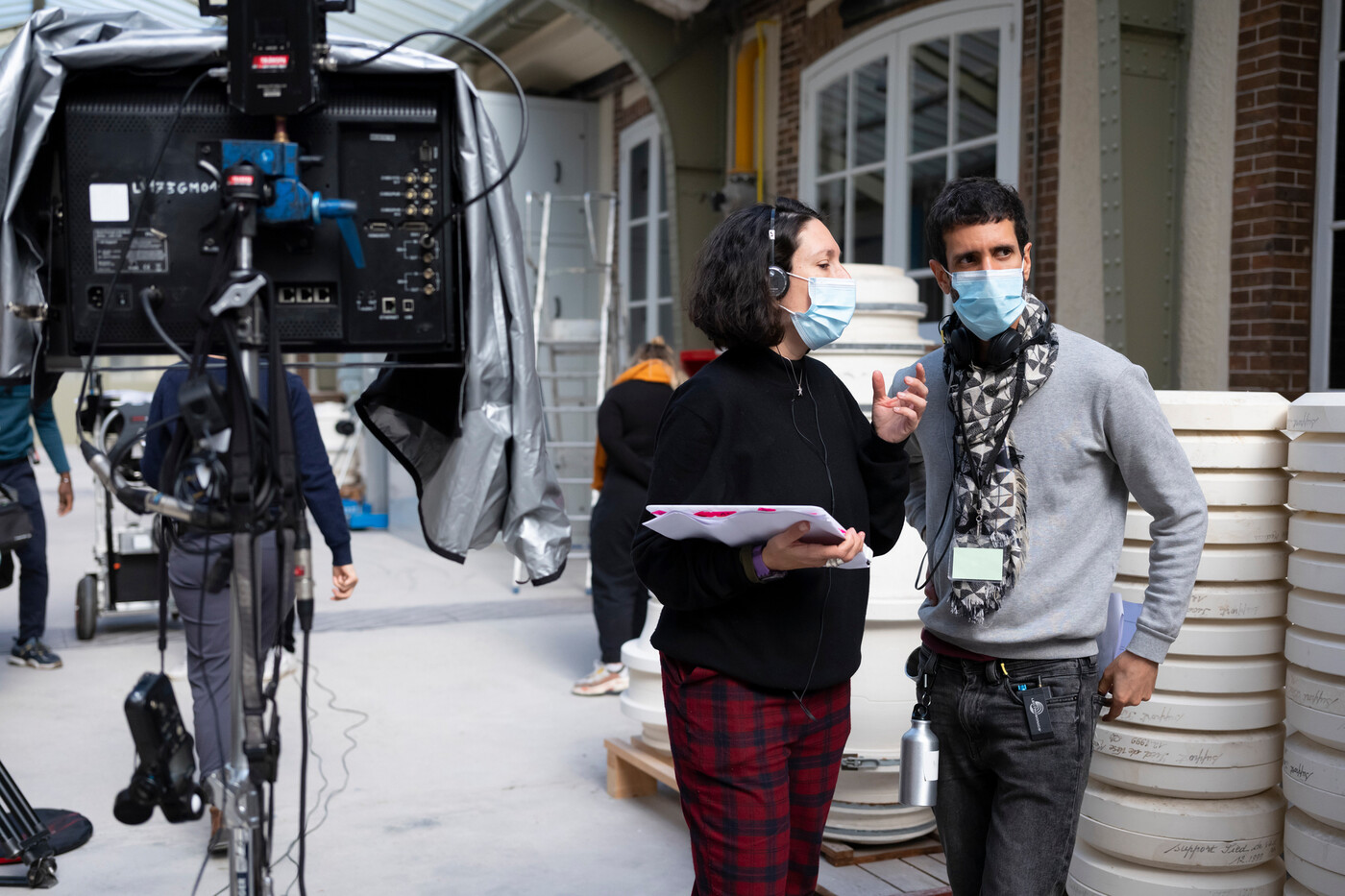 Karim Bensalah is focused. With his cinematographer Jacques Girault, he perfects the cutting and the angles of shots of the sequence which he must shoot two days later. A key scene from the screenplay of his first film, Black light. The one where his hero, Sofiane, an Algerian student under the influence of an administrative decision of expulsion from the territory, gets hired in a Muslim funeral director and attends for the first time the ritual of washing the dead, provoking in him a quest for identity.

“It is undoubtedly the scene of my scenario that scares me the most, because it must combine the crudeness of the representation of death with the beauty of the rite and it must emerge from it an atmosphere of spirituality”, says the director. So, tirelessly, accompanied by his actors and a funeral coach from the Lyon mosque, he has the gestures repeated in one of the rooms that the Emergence residence makes available to him in the city of Treviso, in the 9e district of Paris.

A laboratory to test your life-size ideas

He is one of the five laureates of this device, unique in Europe, which allows young authors in the process of making their first feature film to work on two scenes from their film in real shooting conditions. “Our particularity is to be a residency of realization, we intervene in the phase of preproduction of the film, between the end of the development of the project and the beginning of the shooting”, explains Nathalie Bessis, general manager of the residency created twenty-three years ago by Élisabeth Depardieu, on the model of the Directors Lab set up by Robert Redford in Sundance (Utah) to promote auteur cinema in the United States. “Emergence is not a place of learning, hastens to specify the producer Laurent Lavolé, who preselects each year a dozen projects out of more than a hundred applications. It is a laboratory that offers directors the opportunity to test their aesthetic and technical choices with the freedom to make mistakes, before they are faced with the economic challenges of a shoot. “

” A luxury, for Karim Bensalah. Painters can destroy their canvas, we cannot destroy our film, that would cost too much! “ It is also a way to gain self-confidence and gain confidence before landing on a set to lead a whole team. “For me, who did not go to film school and who comes from documentaries, to be there is to be part of a film family, to be in a way legitimized”, reassures Léa Todorov, who is preparing a film about Maria Montessori in the next room. An ambitious project that combines the double difficulty of period film in costumes and work with disabled children. After months alone behind her desk, she is delighted to move on to a concrete phase of the work and to put her scenario to the test of reality.

Sami Outalbali and Mya Bollaers in front of the camera for “Lola vers la mer”, the first film by Laurent Micheli, in residence in 2018. / Marie Augustin / Emergence

To see the posters that adorn the walls, those of the films shot by the former winners, the residence is a breeding ground for talent and a formidable springboard. More than 50 feature films, prepared here, have been released in theaters since its creation, and it has seen directors like Katell Quillévéré, Alice Winocour, Pierre Schoeller or more recently Nicolas Maury and his Rag boy. “It’s a super-accelerator, testifies Stéphane Demoustier, César for the best adaptation for The Girl with the Bracelet and who prepared here his first feature film, Clay. Most of my film was funded when I did Emergence. ” Over the years, the residence has become a sort of label “Which allows young directors to be spotted by an industry always on the lookout for new talent”, confirms Nathalie Bessis.

Karim is well aware of this. After studying cinema in London, he returned to France where, he admits, the“Ecosystem is more favorable” the financing of a first film. His project has already obtained the advance on receipts from the CNC, and its producer, Oualid Baha, is getting ready despite the difficult context to canvass distributors and television channels. With the hope of being able to shoot the film at the start of the school year. When we find them two days later, the whole team is gathered in an abandoned annex of a castle of Savigny-le-Temple (Seine-et-Marne), which by the magic of the decor acts as a hotbed of chibanis. The places are cramped and the tension palpable. After a first day which went well, the shooting of the scene turns out to be delicate as planned, but the director is confident. “It’s difficult, but for me it’s positive because it confirms some of my intuitions. “

General mobilization of the industry to support the directors of tomorrow

About twenty people, from the assistant to the stage manager, including the scriptwriter or the sound engineer, are busy around him to prepare the next take. For this life-size test, it can count on the mobilization of technicians and actors, all volunteers, and professional equipment provided free of charge by the technical film industries. “We sometimes have less resources for low budget films”, laughs the cinematographer. “Supporting the directors of tomorrow is important for the entire industry”, explains Nathalie Bessis, who only has a budget of € 600,000, financed mainly by the Île-de-France region and the CNC to organize the five filming sessions.

It is this atmosphere of “General benevolence” which director Stéphane Demoustier remembers: “You feel like you are in a cocoon, and this generosity is precious in an environment which remains quite individualistic in spite of everything. “ The Emergence residency is just one of the many mechanisms that encourage first films, to the point that they represent around a quarter of national production (59 out of 240 films produced in 2020). “A precious fabric for the incubation and renewal of talents, insists Laurent Lavolé. France, from this point of view, is an exception. “