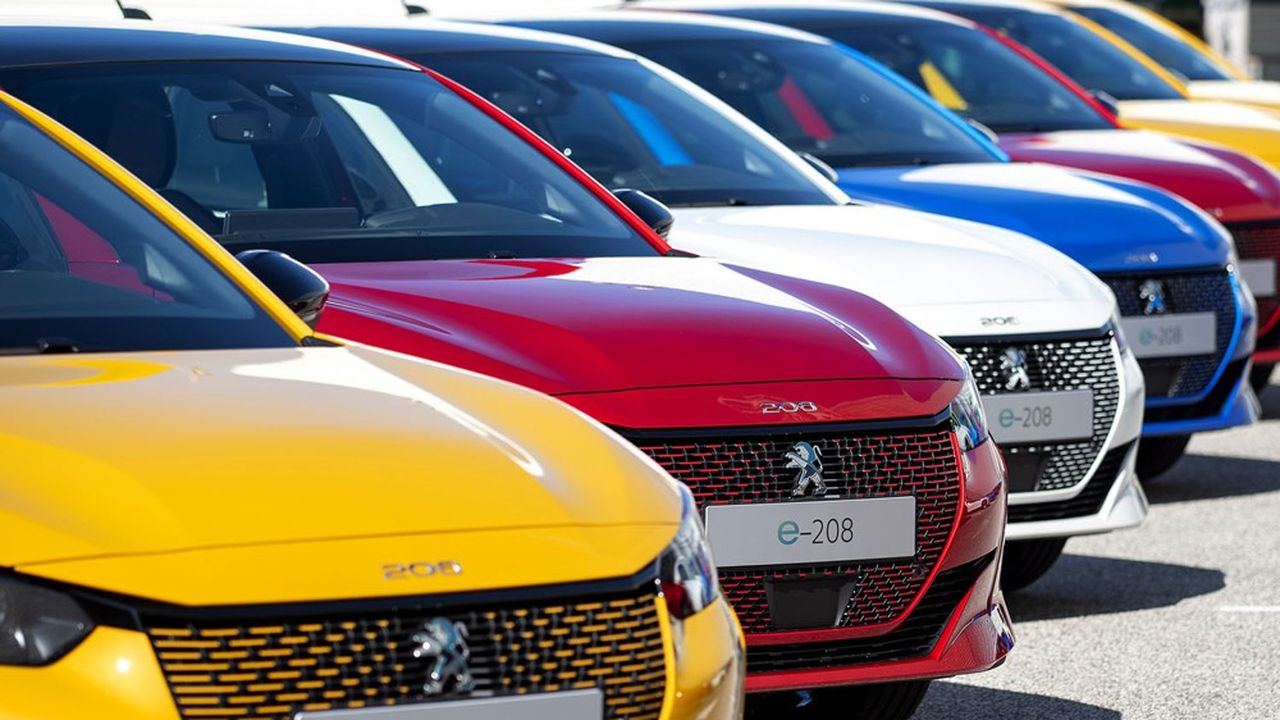 One million electrified cars produced in France in 2025: this is the wish expressed by Emmanuel Macron when the major recovery plan for the industry was announced at the end of May. However, not only does the objective still appear very far (we were at 250,000 in 2019), but for the moment, the spectacular boom in battery cars observed this year is rather contributing to widening the trade deficit.

Because very few of these vehicles are produced today in France. Among the 100% lithium-ion “best sellers”, only the Renault ZOE is assembled in France, in the Losange plant in Flins. The other models, even those of the other tricolor manufacturer PSA, are imported: the Peugeot e208 is manufactured in Trnava, Slovakia, and the e2008 in Vigo, Spain. According to calculations by Bernard Jullien, lecturer at the University of Bordeaux and expert in the sector, two-thirds of the 9,600 100% electric vehicles sold in November were assembled abroad.

The finding is even more obvious with plug-in hybrids (PHEV), which are also enjoying growing success. The PHEVs offered by PSA (C5 Aircross, DS7, 3008 or even 508) are certainly assembled in Rennes, Mulhouse and Sochaux. But Renault’s plug-in hybrids (Captur and Megane, which captured 8.1% of this market) are made in Spain. In total, imported PHEVs represented in November, according to Bernard Jullien, 83% of sales.

“These proportions increased during the year, with the increase in sales”, notes Bernard Jullien. “Finally, by granting generous purchase premiums on electrified vehicles, the government subsidizes imports. “ And the trend may not be reversed in the months to come. Renault’s electric Twingo, which has just arrived in dealerships, is manufactured in Slovenia. The Dacia Spring announced for spring 2021 will be imported from China …

PSA announced in May its intention to produce the future 3008, including in its electric versions, in Sochaux from 2022-2023. But we will have to wait to know the sites to which the French manufacturers will allocate all of their future electric vehicles to know if the promise made to Emmanuel Macron for 2025 will be kept.

The impact on the trade balance is far from neutral. “The decline of the automotive sector alone contributed to more than half of the degradation of 50 billion euros in the French trade balance excluding energy between 2003 and 2019”, recalls a report published by France Stratégie a few days ago.

The automobile, which still made a positive contribution to French foreign trade in 2007, suffered a record deficit last year, at 15 billion euros. And according to customs statistics, the deficit still reached 12.2 billion euros over the first nine months of 2020, or 1.2 billion more than over the same period of 2019.