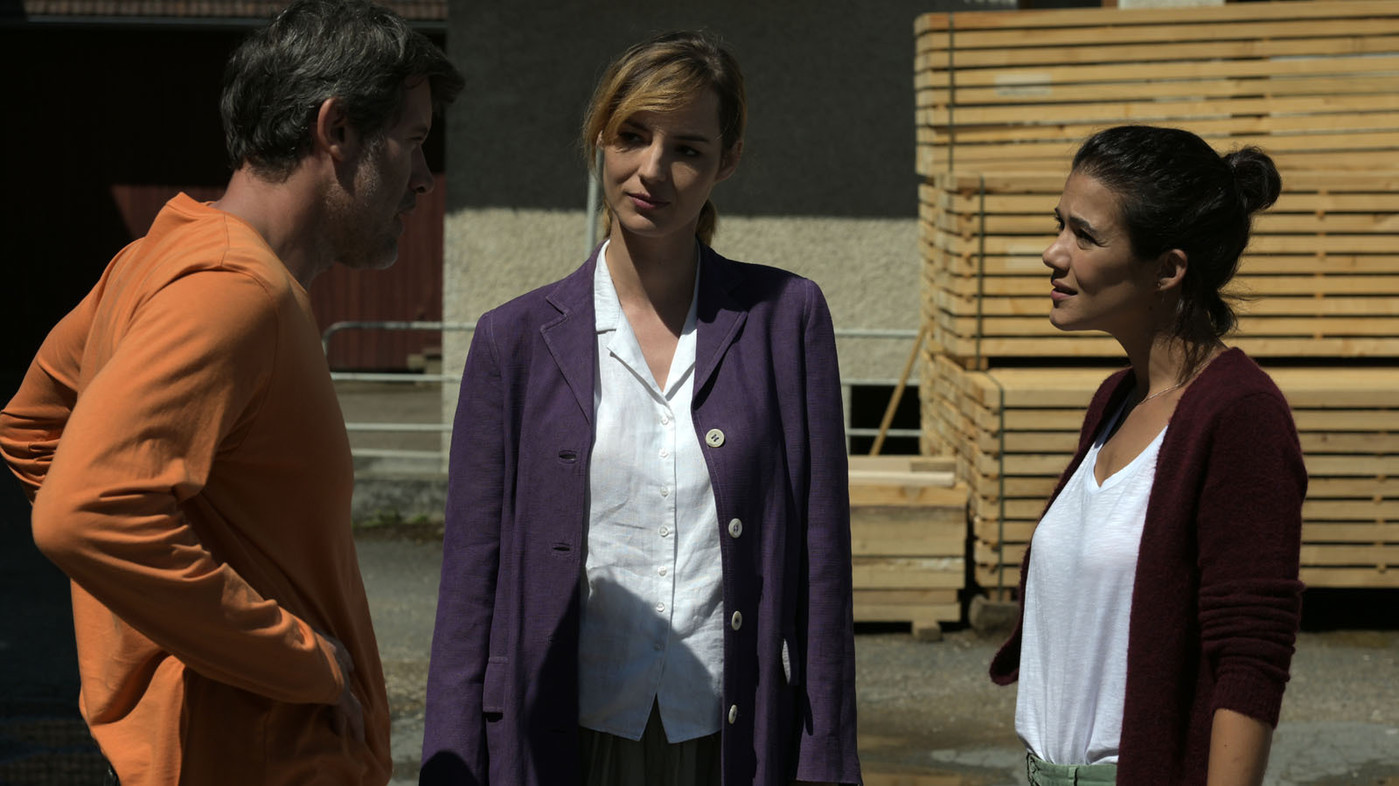 For François and Noémie, everyday life is like a long struggle to have the child of their dreams. Each new attempt at in vitro fertilization ends in failure. Disappointment borders on despair. If Noémie begins to think about adoption, her husband cannot bring herself to do it. This taciturn is also annoyed by his ease in discussing their problems with those around them. In addition to these personal difficulties, there are professional upheavals. The couple who took over the sawmill from François’ father have to deal with the drop in the price of wood species. In this stormy context, François falls in love with Patricia, a client who has recently settled in the region.

Raphaël Jacoulot’s film is initially akin to a simple variation of the love trio, against a background of infertility. Little by little, its central subject is imposed: François’ desire for paternity, shared between Noémie, who has dreamed of being a mother by her side for years, and Patricia who bears her child without having wanted to. Tree trunks cut into planks by impressive blade saws represent an abstract threat. Familiar with feature films where he exudes a growing tension (Before dawn, Hot shot), Raphaël Jacoulot once again manages to embark the spectator in a controlled suspense.

The forest, a haven of secrecy

Paradoxically, the latter arises from the inertia of François unable to choose between two women who call for help. Jalil Lespert gives depth to this rough character who discovers an unprecedented amorous intensity in Patricia’s arms. The scenario gives as much strength to the wife and the lover, interpreted by talented actresses, Mélanie Doutey (Noémie) and Louise Bourgoin (Patricia), who each have a beautiful score to play.

The Jura and the world of wood production appear to be more than just a setting: the filmmaker shot very close to the village of Franche-Comté where he grew up; one of his brothers who took over the family sawmill is among the workers of the fictitious company. The dense forests which represent the universe of François since his childhood become the sumptuous and disturbing setting of his secret.