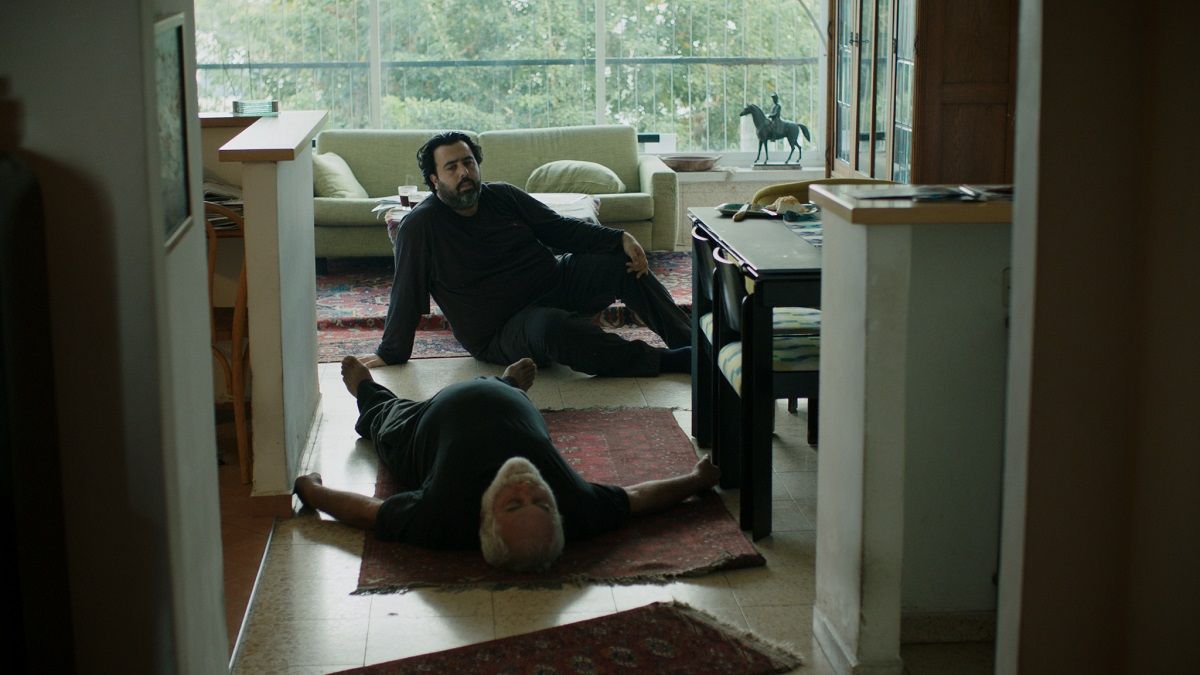 The death of the cinema and of my father too ***

How far can we go to nourish the creative process? This is the question posed by this astounding first film by Israeli director Dani Rosenberg, whose nature bothers and upsets. In a dizzying nesting doll game, the filmmaker mixes fiction inspired by reality – the shooting of the film he wrote for his father before his father fell ill – with documentary footage of his last days, often captured against his will. The whole forming a singular object, a vibrant tribute paid to their common passion for cinema as much as a weapon to face death.

After a prologue, the meaning of which will not be understood until later, we thus discover a young director named Assaf who offers his father Yoël the first role in his film. The story of a father who, in a fit of paranoia peculiar to this country, tries to save his whole family from an Iranian missile attack supposed to threaten Tel Aviv.

After a few days of filming, Yoël discovers that he has lung cancer. His son, whose wife is expecting a baby, then makes sure to continue filming at all costs. Despite the deterioration of his state of health, we see the two men bravely facing the disease and sharing moments of great complicity.

Life as the engine of all creation

Documentary images are superimposed on this fictional tale featuring a fantasized father-son relationship. That of the sometimes violent conflict between Dani Rosenberg and her sick father. The latter categorically refuses his son’s attempts to film him and fix the traces of his decline on film. There are also extracts from the short films that the filmmaker shot as a teenager with his father as the main actor. This oscillation between cinema and reality was not the director’s primary intention until he understood that this material was ” the missing coil »Of his project, his heart« emotional “.

” It’s a tension between the pathos, noble, of fiction and the relentless banality of everyday life – a tension between the possibility of a heroic death in the cinema and the cruel grayness that surrounds death in real life ”, explains Dani Rosenberg. The result is brutal, sometimes uneasy, but opens a deeply moving intimate window on the relations between the two men, of which the cinema seems to have been the main vector of communication, just as it offers a fascinating reflection on life as the engine of all creation.