(Sports news, tennis news) There were quite a few surprises when the first day of the 2022 US Open tennis tournament ended. 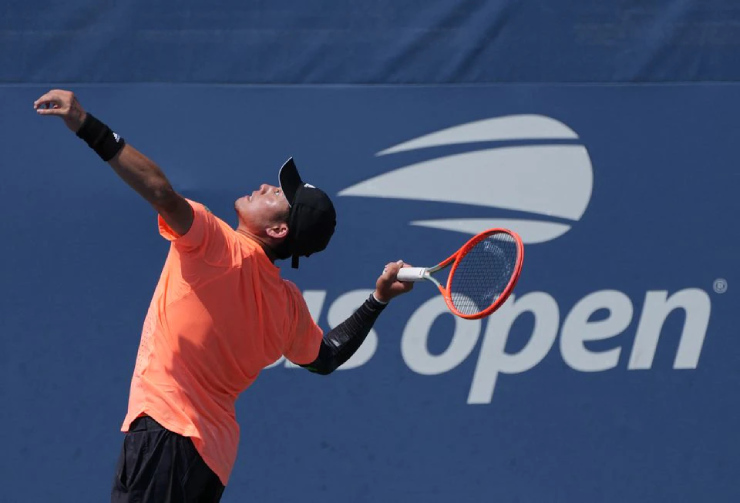 The last time a Chinese-born male player won a Grand Slam match was in 1959, when Fu Chi Mei beat Ron Barnes in five sets at Wimbledon. Thus, after 63 years, Chinese men’s tennis has successfully broken through.

To participate in this year’s event, the 22-year-old tennis player won two consecutive ATP Challenger tournaments, creating a breakthrough on the ATP scoreboard, from March to now, he jumped from 1,869 to 174.

Earlier in 2017, it was also Wu Yibing who won the 2017 US Open championship for youth. Wu was once the number one young in the world, and with the feat he just created, he is expected to bring more surprises to Chinese tennis.

Winning the right to advance to the second round, Wu will meet Portuguese tennis player Nuno Borges, who also competed from the qualifying round, then win in the first round.

If you play superficially, you will not receive a reward of 1.8 billion VND If you do not play your best, it will be difficult for the players to receive prizes in the first round of the US Open 2022

The new rule reads: “All players must show professionalism in every match at Grand Slam. For matches in qualifying and first round, if the referee reports that the player is not playing against To the best of his ability, that player’s prize money will be kept.”

In the past, there were many players who attended just for the prize money, when they won tickets to the first round of the Grand Slam, they were considered to have fulfilled their quota, so they played in a “forget it” style and then received the bonus. With the new rule, players will have to play really determined if they want to receive money.

(Sports News, Tennis News) Rafael Nadal will begin his journey to conquer the 5th US Open and hunt for the 23rd Grand Slam by encountering a Japanese-Australian “unknown”….