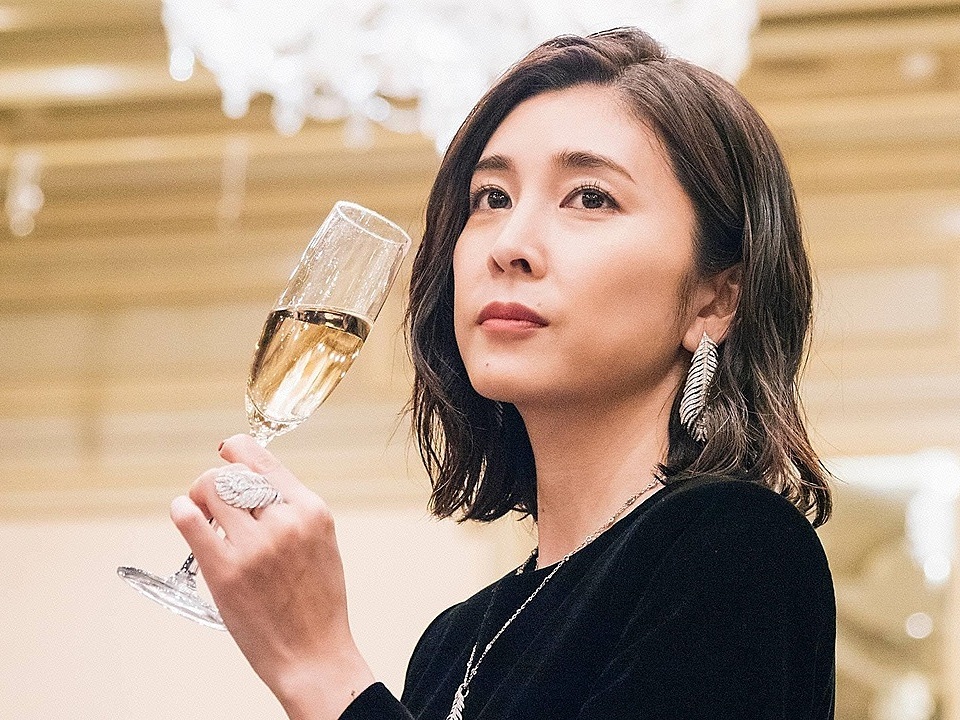 From the outside, Yuko Takeuchi seems to have lived a dreamlike life until her sudden death at the age of 40, most likely due to suicide.

Yuko Takeuchi is a popular Japanese television actress, having won nearly 20 awards, large and small. She gave birth to her second child in 2019, had an advertising contract with a famous noodle brand and her new movie also reached the top of the list.

But behind her beautiful and radiant face, no one knew what Takeuchi went through.

She was just one of a number of stars to die this year. Less than two weeks before Takeuchi, actress Sei Ashina, 36, also sought death. Two months ago, 30-year-old Haruma Miura, a famous TV actor, was found dead at his home with a suicide note. What all three of them have in common is that they don’t show any negative emotions.

The departure of these celebrities proves that the suicide rate in Japan after a decade has decreased, has increased again. Authorities reported that the number of suicides in August 2020 was nearly 16% higher than the same period last year, with adolescent girls and women aged 20-30 growing by more than 70%.

Japanese society inherently values ​​”gaman”, which means the ability to endure and forget about yourself. With this mindset, many feel that they have to hide their difficulties. For the stars, the burden is overwhelming because their success depends on building a flawless, flawless image.

“We are not allowed to show weakness,” said Yasuyuki Shimizu, director of the Center for the promotion of suicide countermeasures. “We refuse to seek a counselor or therapist and also conceal the weakness with the relatives”.

Japanese society seems to require people to always be successful, happy and perfect. According to Shimizu, when unable to meet these expectations, individuals are susceptible to depression. Worse, for the Japanese, emotions, especially negative emotions, are considered so extremely personal that they cannot be told to anyone.

The Japanese believe that they cannot burden others. During the pandemic, this social trend helped Japan avoid an increase in viral infections and deaths without imposing a blockade. The community strictly wears masks, avoids crowding, good hygiene and practices social distance. “In a way, this bad quality is an advantage,” said Toshihiko Matsumoto, director of the drug addiction center at the National Center for Psychiatry and Psychiatry. “But it also makes people refuse to seek spiritual help even though this is what they desperately need.”

Due to the pandemic, a part of the Japanese people were sent wrongly or had to change jobs. In the 1990s, the severe economic downturn left hundreds of thousands of Japanese suddenly unemployed. Shame and stress, many middle-aged men decide to end their lives, causing the rate of suicide to spike.

Away from family and friends also makes people more lonely and even more negative. In particular, Japanese women fall into stressful situations. Schools closed, offices required employees to work remotely, making family members stay at home. “This can be very stuffy for housewives,” said Dr. Matsumoto. Not to mention, not all husbands are willing to help their wives with cooking and cleaning. According to Junko Kitanaka, a medical anthropologist at Keio University, the balance between career and family can also cause women to “risk” too much stress.

For the celebrity, the pressure is exacerbated by the expectations of millions of fans. If in the US, the stars have been more open and willing to share about seeking psychological support, in Japan, this is still taboo.

“As a star, letting the media discover that you are receiving psychological support can make your career difficult,” said Tamaki Tsuda, a TV program producer. “If you talk publicly about your mental health, your image and brand will forever be associated with that disease. When this happens, your job offer will be less and less.”

Due to Covid-19, the entertainment activities were all delayed, causing difficulties in the industry. The actors lost their contracts, had vacant schedules for several months, so their incomes fell sharply.

“Unfortunately, we have a tendency to blame ourselves as well,” said Hiromichi Shizume, another TV program producer. “The artist thinks that he wasn’t offered a job because he isn’t good enough.”

Meanwhile, the empathy from the public is still very limited. If deemed “not grateful enough”, the stars immediately received harsh criticism. Like Takeuchi, even when he died, was still condemned.

“Yuko Takeuchi, I can’t believe that you’ve been acting irresponsibly for a few months,” wrote a person. Twitter.

“The apartment Yuko Takeuchi rented 1.85 million yen (about 17,600 USD per month. Does this show that money does not make us happy”, another commented.

At the press conference following Takeuchi’s death, Katsunobu Kato, Chief Cabinet Chief of Prime Minister Yoshihide Suga, expressed concern that news about celebrity suicides could cause others to imitate.

“In order for people not to feel isolated from their troubles, we need to join hands to build a society where all members support each other,” Kato said.

However, some experts say it is not easy. “The goal is to create a society where no one feels lonely but has no concrete plans,” said Michiko Ueda, professor of political science at the University of Tokyo. “We can’t change society in just one day.”