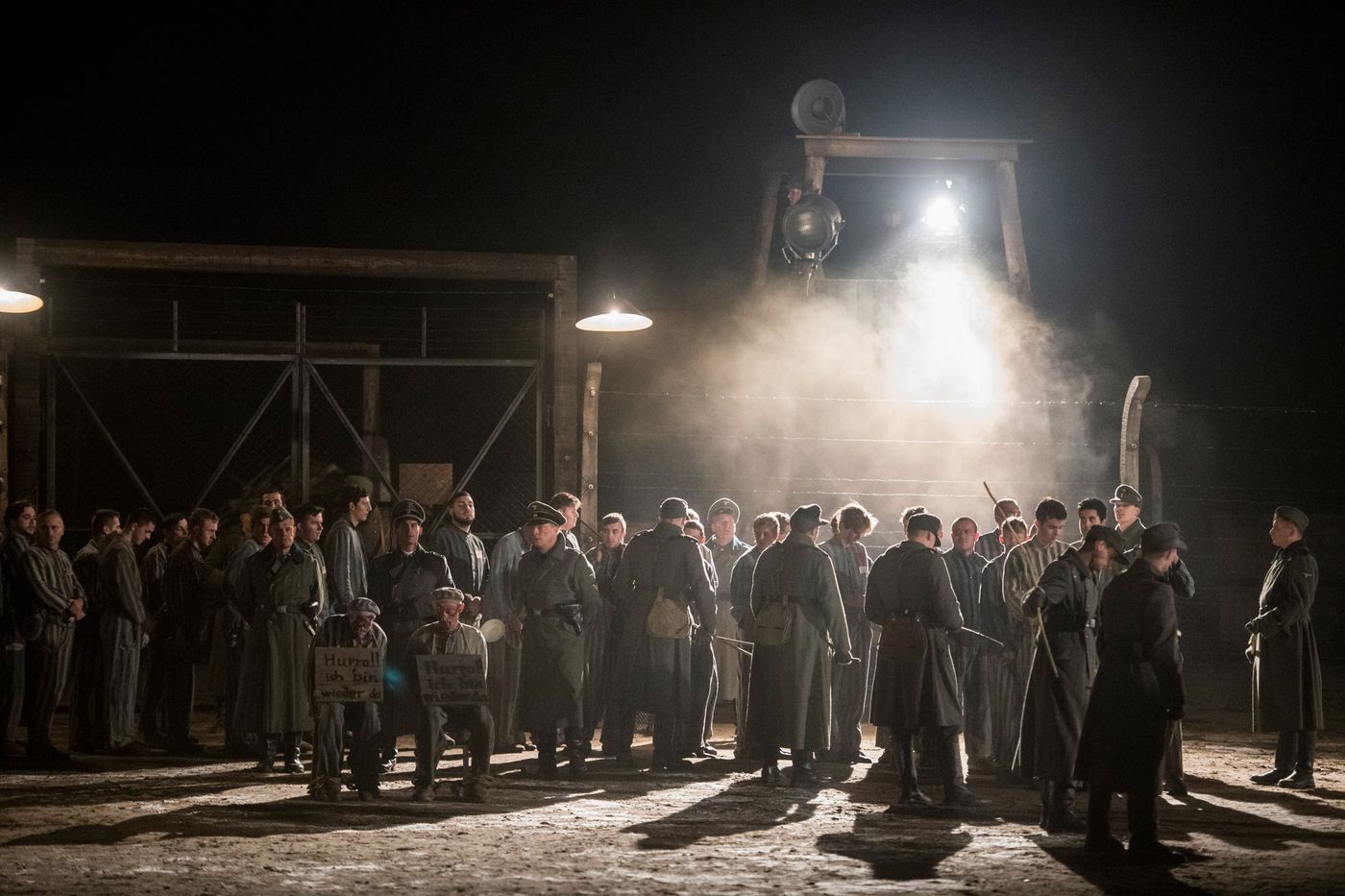 At the gate of the Auschwitz camp, a man is hanged in torrential rain. He wears the striped prisoner uniform. On his chest, a card is hung, with the words, chilling: “Yippee, I’m back. » For a long minute, the recaptured escapee jumps, desperately trying to breathe. It is a nightmare that Alfred Wetzler, a Slovak Jew detained in the death camps for two years, had in April 1944, when he himself planned to flee with his comrade Walter Rosenberg. An introduction that is difficult to bear, as will be the rest of the film.

Based on a true story, The Auschwitz Report wishes to show the horrors of the final solution and the little credit that the Allies brought to it. But the Slovak director Peter Bebjak did not succeed in his bet. Through long, static shots, he graphically and coldly insists on the violence of the Nazi extermination camp. Scenes of unimaginable cruelty follow one another. Nothing is spared the viewer.

To organize their plan, the two protagonists find themselves in a hangar, where the lifeless bodies of the gassed victims are piled up without consideration, ready to be cremated. Later, at the announcement of the death of his son on the Eastern front, an SS officer had about twenty prisoners buried up to their necks, to be crushed under the hooves of his horse. Peter Bebjak chooses not to show the gas chambers and the crematory ovens: Wetzler and Rosenberg never knew them directly.

As for the approach of Alfred and Walter to convince the allies, it is only mentioned too little. No sooner have they met an official, Warren, than the film ends with a sober written paragraph indicating that it took seven months for the report, partially censored, to be published in an American media. However, it would have been interesting to detail this second part of the story. After several publications in the New York Times, the Allies put pressure on the Hungarian government of Miklos Horthy who, despite Hitler’s anger, interrupted the deportation. Thus 100,000 people are saved.

While the extreme right seems to be gaining ground in Slovakia, the director’s country of origin, the work of memory is essential, but raises questions about its treatment, and the modesty that must be brought there. Is it essential to dissect, like a documentary, the unnameable?