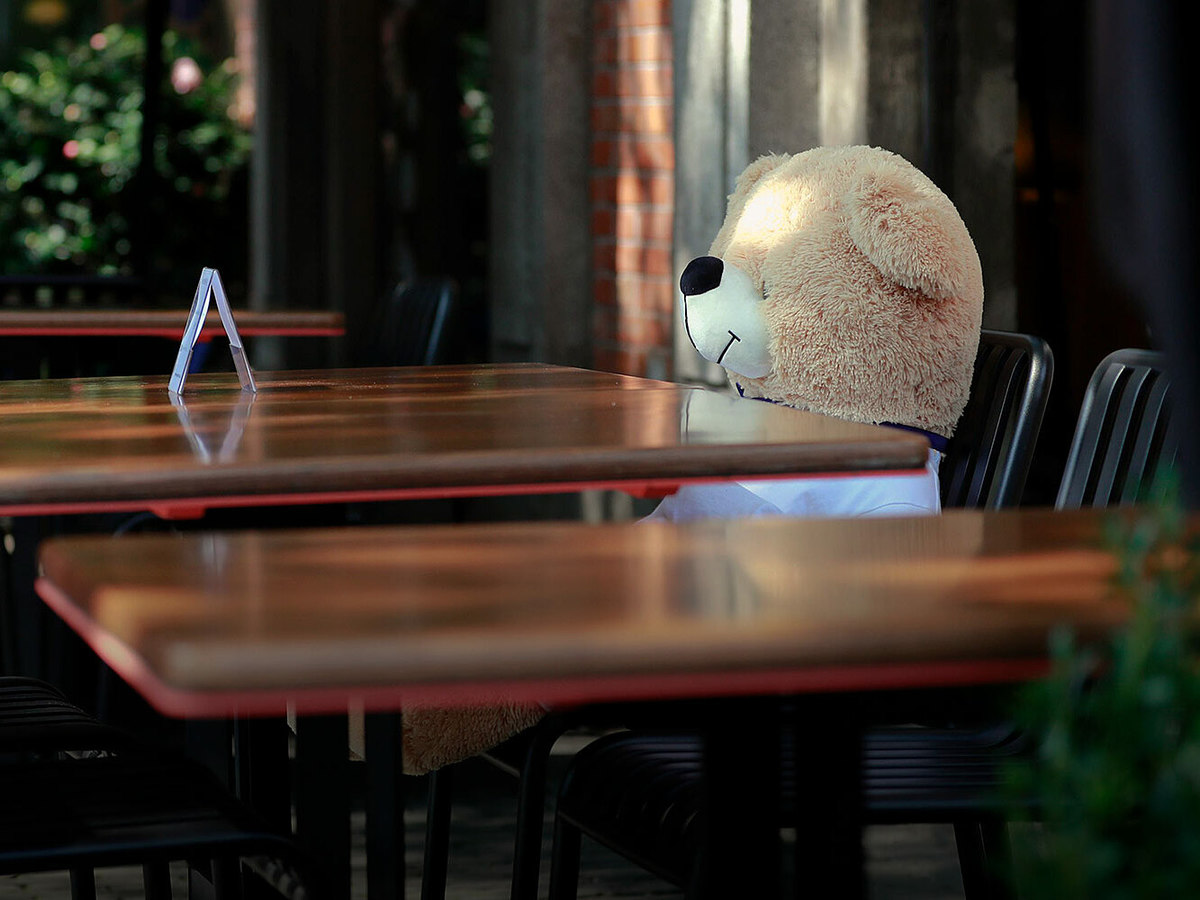 At a famous noodle shop in Beijing, diners sit along a long table with partitions like separate rooms. There is almost no voice in this place.

The restaurant is silent as if it were designed for the post-Covid-19 era but is in essence serving a growing new audience in Chinese society: Young people eating alone.

In the past, eating alone was a rare phenomenon in China. The people of this country often go out to eat in large groups and sit around a round table. Recently, this tradition is changing by the singles lifestyle of the young generation.

No longer trying to get married right after graduating from college, many young Chinese delay getting married until they reach the age of 30. Instead of living with family, they move to big cities, dive into work and therefore less time to exchange.

According to data released by the government last year, the number of unmarried people in China has exceeded 200 million. It is forecast that by 2021, the total number of people living alone in this country will reach 90 million.

The 23 Seats noodle shop in Beijing is one of those businesses catering to “singles,” the way singles in China make fun of themselves.

Sun Yun, 33, co-owner of 23 Sears, said the restaurant’s décor is intended to attract customers who want to enjoy delicious food without worrying about no one accompanying them. “We could change the design to accommodate more seats, but eventually chose this approach,” Sun said. “We want to create a space for people who eat alone to feel comfortable entering.”

Sun estimates that 50% of customers who go to his restaurant go to eat alone. After a year in operation, 23 Seats has entered the list of the top-rated eateries on restaurant rating app Dianping.

The trend of “showing off to eat alone” has also spread on social networks. Du Yusang is one of the social media stars famous for sharing eating alone videos on the Bilibili streaming platform. Every week, the 23-year-old girl cooks lavish meals for herself and posts it to her 68,000 followers. “I happened to watch a video eating by myself while going through badly in my senior year. That video made me realize that even when you are alone, you can live well. I want to convey the same message, “Du said.

In addition to videos of eating Japanese noodles or Korean rice rolls, Du also posted videos of him drawing pictures, reading books, watching TV. Since January 2019 up to now, she has produced 50 videos, including videos that have attracted more than 120,000 views.

Du’s content is primarily aimed at people who are living alone or preparing to move out. According to female vlogger, half of her fans are between 17 and 25 years old and regularly ask about her experiences living alone, such as where to buy cookware. Many home appliances companies have launched single-person-friendly products, Du said. At home, she also has a full set of pans, rice cookers, an oven, a soy milk maker, and a floating hotpot for one person.

Demand for products for eating alone is growing rapidly in China.

Deng Caike, director of the research and development center of the home appliance company Little Bears Electric Appliances, says 20 out of 40 of their product categories now have a single user-friendly option. is the smallest unit. We manufacture based on individual needs, “said Deng.

In recent years, China is increasingly concerned about the trend of delaying marriage among young people. Some experts believe that a reduced birth rate will undermine the development of the country, others believe that single people with low incomes will focus on saving money, thereby creating a barrier to consumption. However, according to Yuan Yibo, an analyst at the investment firm Mude Capital, many service industries can benefit from the youth’s singles tendencies such as food delivery, real estate rentals, pet sales, video game export. Young single people will stimulate economic growth because they do not need to save money for their children but tend to spend freely.

“Their spending will increase with their income. When they know the bonus, they will not hesitate to spend more,” Yuan said.

The 30-year-old Yitian in Shanghai believes that living alone is a way to contribute to the economy. She has lived alone since July, spending about 6,000 yuan ($ 870) a month. “The only downside to living alone is the higher rent and daily necessities. But it’s totally worth it,” Yitian said.

Yitian is not married, used to live with his parents but then moved out because of disagreement. Yitian likes to sleep and drink late at night while his parents just urged her to get married.

Yitian shared her parents used to oppose the story of a daughter living alone because of fear of danger. However, they changed their minds because during the blockade caused by Covid-19, the two sides repeatedly argued.

The attitude of Yitian’s friends showed the change in Chinese society about living alone. According to Yitian, most of her friends congratulated her when she announced it in private on social networks, there was only one negative feedback from people who were not very close.