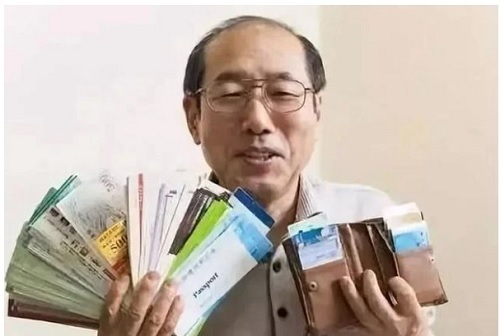 JapanTongya Hiroshi, 71, in Tokyo has spent 36 years “not spending a penny”. Everything in his house was redeemed for shareholder coupons.

Japanese companies often have shareholder preference policies. When stock holders invest up to a certain amount to buy stocks, they will be given gift certificates or products to pay tribute.

Mr. Tongya Hiroshi knew about this at the age of 35 and spent 300 million yen buying shares. Currently, Mr. Tongya invests in more than 900 companies and receives countless coupons each year.

He said all daily necessities were exchanged for shareholder coupons, including: firewood, rice, oil and salt, clothes, shoes, books … He also had a ” Mountain of other “goods in the house.” It is like a “family-style” department store with TV, refrigerator, water heater, napkin, toilet paper, toothbrush …

Each year, he receives more than 300 movie tickets so he can watch it anytime he wants.

Mr. Tongya strictly adheres to his spending principles, never buying something more expensive than a coupon. Once, he wanted to eat 3,300 yen eel rice, but the coupon was only 3,000 yen, and had to compensate 300 yen. After a while wondering, in the end, the old man still chose the rice dish that cost exactly 3,000 yen. “Anyway, my biggest hobby is eating well – but with shareholder coupons,” he happily explained.

Several Japanese TV shows have followed the old man to see what his daily life is like.

According to reports, every morning, Mr. Tongya took coupons into his pocket, cycled out, and went to dining spots. His wallet does not contain cards or cash like ordinary people, but dozens of coupons.