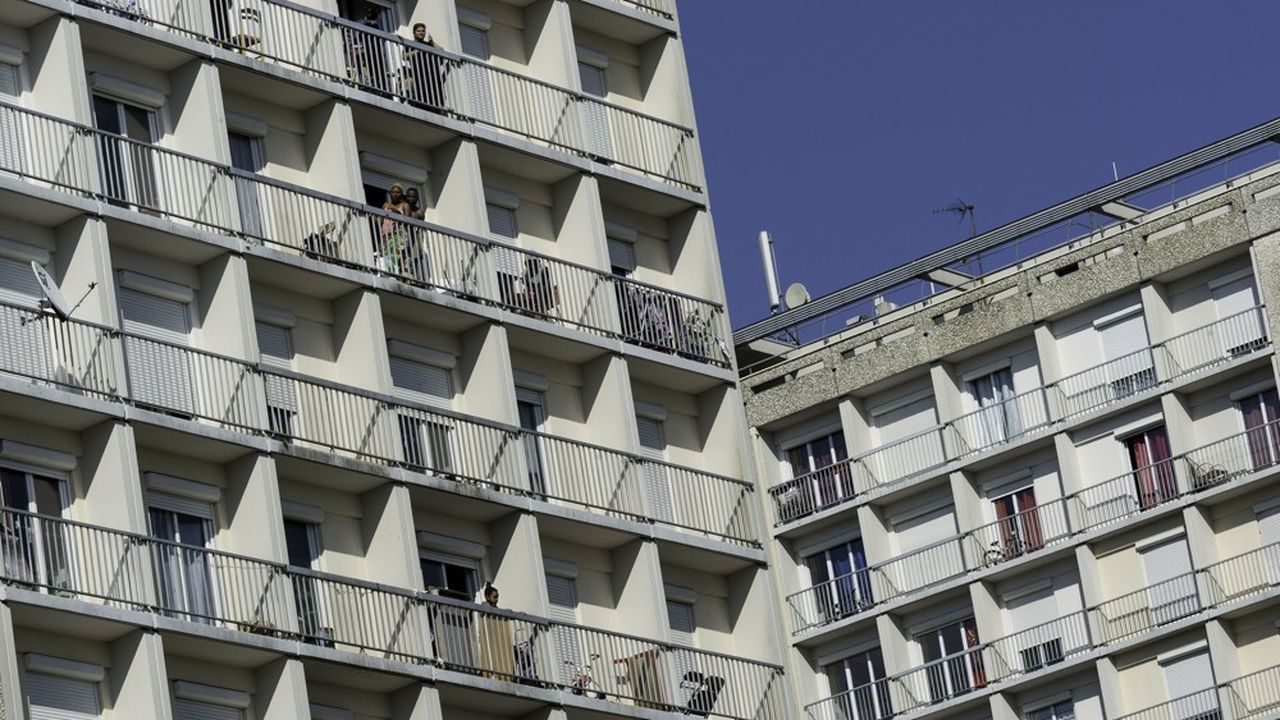 Those who were waiting for concrete announcements from Olivier Klein will have been left unsatisfied. Called to conclude, this Thursday, the HLM Congress which took place near Lyon, the Minister Delegate for the City and Housing was content to draw up “a vision” and to recall the crucial interest in his eyes of housing social.

But he promised to “build a pact of trust” with the sector, which should translate, before the end of this year, into “an action plan”, in order to “move forward resolutely”.

For the rest, the minister did not go beyond the measures announced on Monday during the presentation by the executive of his finance bill (PLF) for 2023. A PLF welcomed with more or less indulgence by the representatives of the HLM world.

It “did not make things worse, that’s already it,” said Emmanuelle Cosse, president of the Social Union for Housing (USH), with a smile. This after recalling that “for five years, the State has never ceased to make our task more difficult, by depriving us of part of our financial capacity to act”.

She was referring to the reduction in solidarity rents imposed by the government on social landlords. And the rise in VAT on the construction of HLM.

At least, rejoiced the former minister, the social landlords obtained within the framework of the PLF – which must still be discussed in Parliament – a subsidy of 200 million euros to help them in the energy renovation of their homes – a major issue. “It was not acquired. We had fought to obtain 500 million for this purpose as part of the government’s recovery plan “linked to the Covid-19 epidemic for 2021 and 2022. “This is good news,” she added. .

For the rest, she described this PLF as a “transition budget”. The profile of Olivier Klein – connoisseur of city policies since he was mayor of Clichy-sous-Bois, in Seine-Saint-Denis, and president of the National Agency for Urban Renewal, reassures. But “we cannot stop there for the future,” insisted Emmanuelle Cosse.

“2023 must not be a blank year,” reacted Eddie Jacquemart, president of the National Housing Confederation (CNL). “There is an explosive urgency on the tenants’ receipts due to the increase in energy costs”, he worried. “Tenants are hyper-anxious,” he added, saying the government appears to be “out of step” with these concerns – even though it has put in place a price shield to partially counter price hikes. gas and electricity.

He asked the Minister to go further by further upgrading the fixed charge for personalized housing aid (APL). A measure also carried by other associations for the defense of tenants and by the USH. “It is a request that has been relayed to me on several occasions and on which we are working, which we are going to evaluate financially. But for the moment, the aid we provide is through the tariff shield and energy vouchers” paid to the most modest households, replied Olivier Klein.

The most virulent attack against the executive came from the leaders of Action Logement – ​​the first social landlord in France, which also contributes to the financing of whole sections of housing policy. They did not digest “the puncture” of 300 million decided by Bercy on the finances of the joint body within the framework of the PLF.

The group has “stretched its financial model” to produce more social housing and finance additional aid during the health crisis”, recalled its president, Bruno Arcadipane. Today, “this puncture is a major cut to the mutual trust that existed between the State and Action Logement”, he estimated. Olivier Klein contented himself, in his closing speech, with renewing his confidence in the organization.

Adaptation of housing to aging: “MaPrimeAdapt'” launched in 2024

It was one of Emmanuel Macron’s rare campaign promises regarding housing. On Monday, as part of the presentation of the Finance Bill (PLF) for 2023, the government announced the launch on January 1, 2024 of MaPrimAdapt’. Modeled on the MaPrimeRénov’ model for the energy renovation of housing, this aid aims to enable French people to adapt their homes when they get older, so that they can stay in their homes as long as possible. From 2023, announced the executive, the National Agency for Habitat (Anah) will be provided with an additional 35 million euros in order to “start the transition to MaPrimeAdapt'”.