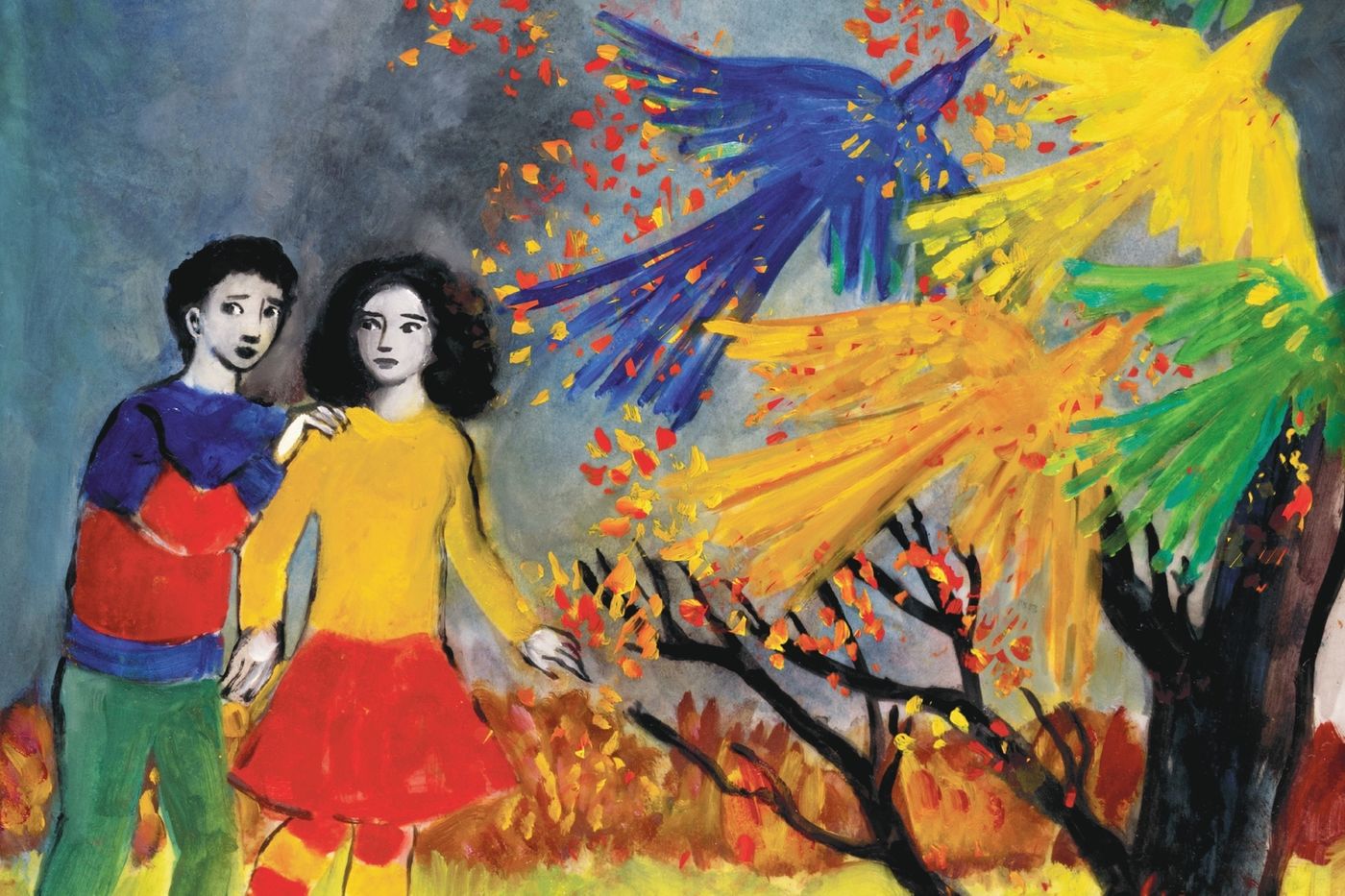 The first international festival to be held in France after the reopening of cultural venues, Annecy this year looked like a village of irreducible Gauls having exchanged their helmets for masks, the magic potion for vaccines.

Few – 4,000 on site, as many as in 1997 and three times less than in 2019 – the festival-goers present were determined to make the most of the moment, but not necessarily always in theaters … Happy to meet again, the little world animation films have sometimes preferred to miss a screening or two to make up for lost time and discuss current projects on the (very) sunny terraces of the lakeside city.

A strangely calm atmosphere reigned in Bonlieu, the heart of the Annecy event, or in the aisles of the Film Market at the Imperial Palace, usually buzzing with people. This is because many meetings were also held online this year, an extension of the successful experience of a purely digital 2020 edition. More erratic this year, the platform still allowed four thousand other accredited members to participate in this anniversary edition.

A meeting of “weirdos”

Created in 1960, the event celebrated its 60th birthday a year late. Not without emotion. During an evening full of surprises, the festival paid tribute to the directors who made it, those of yesterday and today. All of them testified, through amusing short films created for the occasion, of the importance of the festival as a place of transmission and development.

In an extract from a documentary, Michel Ocelot, to whom a superb exhibition is devoted to the Musée-château d’Annecy, recounted the amazement felt at this meeting of “weirdos who, like me, were doing free things, that they absolutely had to do, without hoping that one day they would be able to make a living from it ”.

This way in which a place manages to inspire creators was at the heart of one of the most beautiful films on the award list: Archipelago, by Félix Dufour-Laperrière, mention from the Contrechamp jury, category rewarding experimental feature films.

In this sublime cinematographic essay on Quebec, emerges, through the poetic and political dialogue between two spirits of the place, a territory that is both real and dreamed of. A historical and lyrical documentary, this film brilliantly demonstrates the evocative power of animated cinema when it comes to embracing concrete life and its intimate perception in the same momentum.

A crossing of the mirror that is also undertaken by many other works appearing on the prize list. Maalbeek, by Ismaël Joffroy Chandoutis, André-Martin prize for best French short film, is a kind of image therapy. Having become amnesic, a survivor of an attack in Brussels in 2016 seeks to reconstruct the memory of her trauma, repressed in her unconscious. This reflection on memory and the way it is shaped by the intersection of video shots and reminiscences of other witnesses is both fascinating and poignant.

Another dive into intimate memories moved the jurors: Flee, by Danish director Jonas Poher Rasmussen, is Annecy’s big winner with three prizes, including the Cristal for best feature film. A beautiful Franco-Scandinavian documentary on the strength and weaknesses of testimony, that of a young Afghan refugee who became a distinguished scholar in Denmark. His painful confession, marked by secrecy and guilt, is reminiscent of Waltz with Bachir (2008), dissertation work on the war in Lebanon in 1982.

However successful it may be, Flee does not have the originality nor the beauty of Crossing, that of two children being chased across an (almost) imaginary continent. A magnificent film in animated painting by Florence Miailhe that she has worn for more than ten years with its producers and her co-writer, the writer Marie Desplechin. Inspired by the story of his Jewish great-grandparents who fled the pogroms in Odessa, this moving film which shines for a long time in the heart was greeted by a standing ovation from the public. A future beautiful memory of the Annecy Festival.

A track record committed to its time

Feature Film Crystal:Flee, by Danish director Jonas Poher Rasmussen, an intimate account of the painful epic of an Afghan refugee to Denmark. Broadcast on Arte at the end of the year.

Short film crystal:Bark, the Swiss Samuel Patthey and Silvain Monney,
on the daily life of a retirement home.

Cristal for a TV production: Vanilla, by the Frenchman Guillaume Lorin, a cheerful modern Caribbean tale on the Creole identity and the work of mourning.