(Sports News, SEA Games Volleyball News 31) In the first match at the SEA Games at home, the girls of the Vietnamese women’s volleyball team played well against a formidable opponent from the land of thousands of islands.

Video of the match between Vietnam and Indonesia women’s volleyball team at SEA Games 31 (Copyright clip belongs to VTV):

Attending the 31st SEA Games at home, the Vietnamese women’s team was determined to change the color of their medals when at the Southeast Asian Games 3 years ago in the Philippines, our girls won the silver medal. , behind the Thai women’s team. 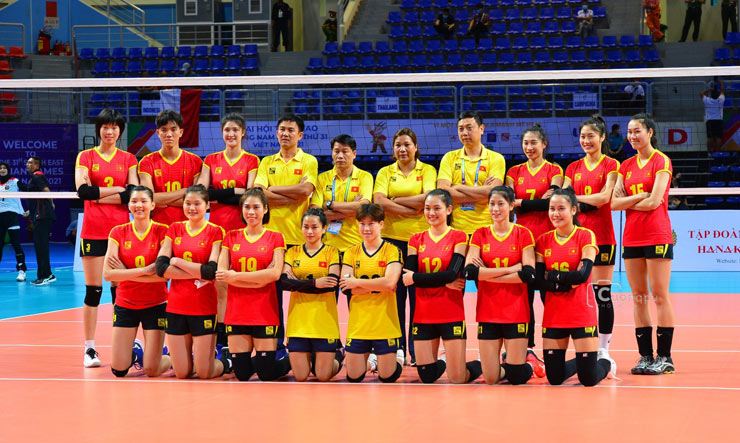 Entering the opening match against Indonesia on the evening of May 13, the Vietnamese women’s team looks forward to the shine of the 1.93m tall owner Tran Thi Thanh Thuy. And indeed, the smasher has just returned to the army with the national team after an impressive season with the Japanese club PFU BlueCats.

In the first set, the Vietnamese women’s team played overwhelmingly and had a 25-17 victory. In the second set, Thanh Thuy’s brilliance continued to help the girls in red beat their opponents with a score of 25-18. Entering the third set, the Vietnamese team slowed down and suddenly lost 18-25. But in the fourth set, the timely tactical and psychological adjustment of the coaching staff helped our team beat the opponent from the land of ten thousand islands 25-20.