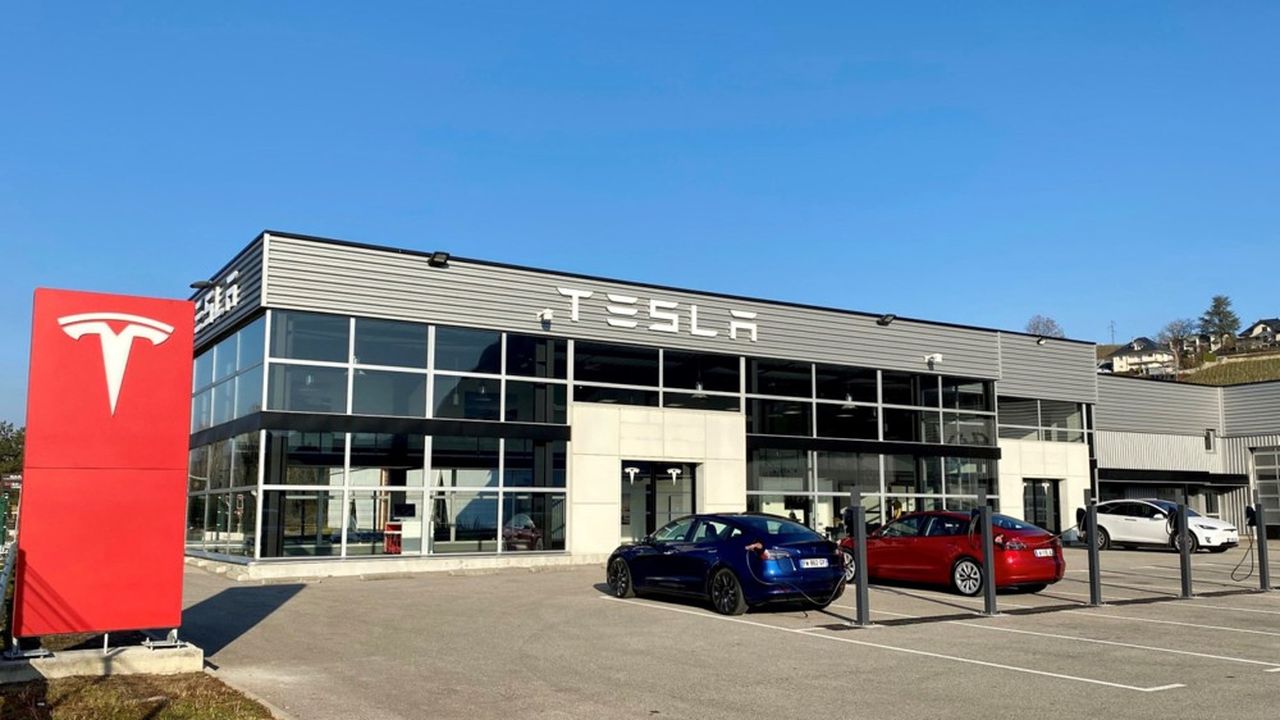 And 18. Tesla will inaugurate, at the end of this first quarter, three new branches in France – in Chambéry, Mulhouse and Montpellier – which will be added to the already existing network. After the recent openings of Lille and Strasbourg, the manufacturer of electric vehicles is gaining momentum in France to react to the intensification of competition in its niche.

The three new branches will have commercial functions (customer reception, contactless testing, vehicle delivery) and will provide after-sales service. “Mobile technicians”, equipped with Model S dedicated to repair, “will travel the region to carry out maintenance operations directly at the place of residence or activity of Tesla owners”, writes the manufacturer in a press release published this week .

Up to a year of waiting for a repair

Why this acceleration? First, because the Californian has more and more followers in France. If we are still far from the Netherlands or Norway, the two European markets where its sales are strongest, the automotive group of Elon Musk still registered 7,442 vehicles last year in France. (out of a total of half a million deliveries). This makes it the second largest seller of electric vehicles in the country behind Renault.

Present in France since 2014 and the opening of a first concession in Gennevilliers, Tesla has around twenty thousand customers there – many of them owners of Model 3, its most affordable model which achieved a hit in Europe in 2020. For him, it is a question of not repeating the same mistakes there as in other markets.

In the United States or in Norway – the country which has the most Tesla in proportion to its population – testimonies have not failed in recent years to highlight the manufacturer’s post-delivery flaws. Undersized, poorly equipped, the American, which cannot rely on a network of hundreds of dealers like its more experienced competitors, has sometimes made its customers wait more than a year before carrying out a repair.

While the brand exerts a fascination like no other with consumers, the patience of customers has limits. Elon Musk himself ended up publicly acknowledging mistakes and pledging efforts. “We were very stupid on our stocks of spare parts, we have to send them directly to our branches,” he said in particular in 2019, citing the example of China where the parts were sent to the United States. United for repair, then reshipped.

The firm has since focused on its mobile repairers and is developing its network. “In Europe, the number of Tesla centers thus increased by 30% last year, making it possible to offer 99% more intervention slots available and reducing the waiting time for an appointment by 54%. you, ”says the manufacturer. What better way to respond to the rise of the electric vehicle, promised a new leap in 2021.