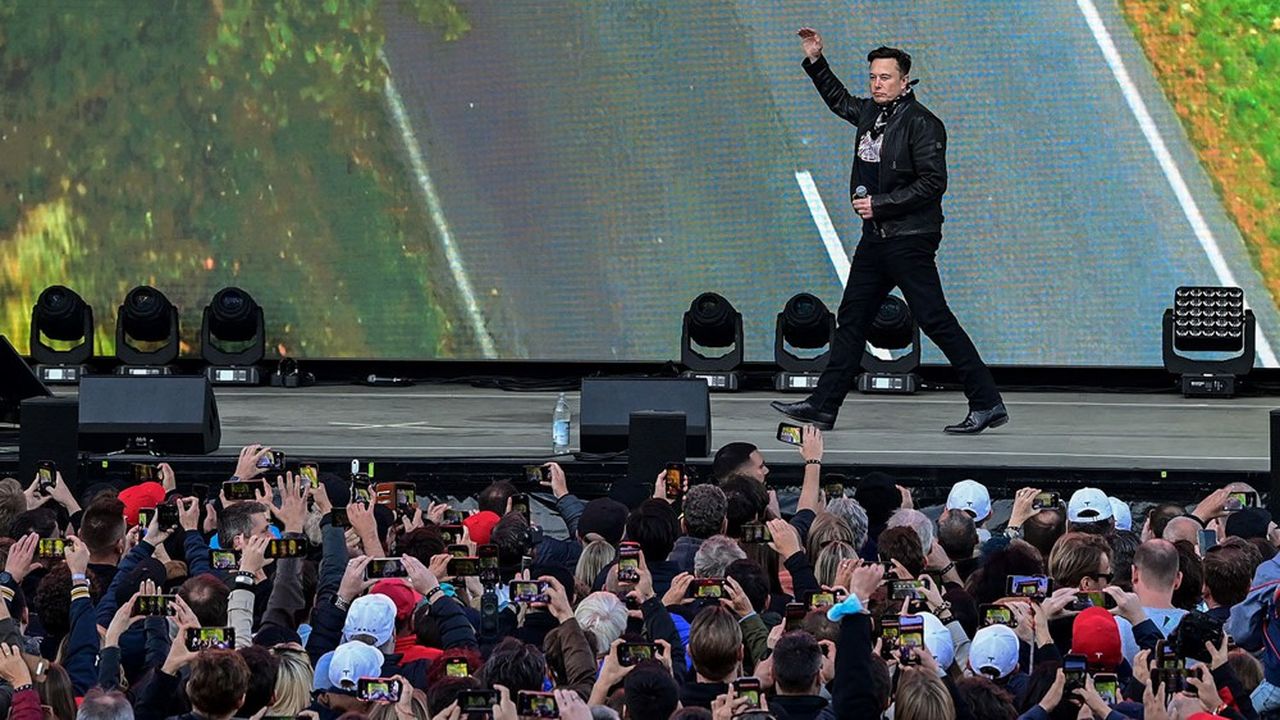 A tweet from Elon Musk and nearly $ 40 billion goes up in smoke. The turbulent Tesla boss has been talked about again this weekend after posting on Twitter a poll asking his followers whether or not he should sell 10% of the capital of the automaker, which broke the wall of 1,000 billion dollars capitalization a few days ago.

Much is made lately of unrealized gains being a means of tax avoidance, so I propose selling 10% of my Tesla stock.

Do you support this?

On Sunday, Twitter users decided: nearly 58% of them said “yes”, he must sell his shares. They are 3.5 million to have spoken (out of the 62.8 million followers that Elon Musk has), while the debate on a super-tax on the super-rich agitates the United States.

The man who sent a car into space with Space X then sharply rebuked a Democratic senator, Ron Wyden, who believed that the taxation of billionaires could not depend on an online poll. A way that challenges and that brought down the price of Tesla on Monday. At the opening of Wall Street, the title lost more than 3 points.

Elon Musk now owns 21% of Tesla’s capital. A position that makes him the richest man in the world, with a personal fortune estimated at over $ 300 billion. A sale of 10% of the capital would bring him $ 20.8 billion, during the stock price of last Friday. He would then pay about $ 5 billion in taxes on that sale.

Some argue that whatever happens and whatever Twitter’s response may be, Elon Musk would have sold some of his capital in the coming weeks anyway. The billionaire, who does not receive a salary but an extraordinary action plan, has been granted stock options on several occasions.

This was notably the case in 2012 and then in 2018. Nine years ago, this option authorized him to buy 22.86 million shares from Tesla at 6.24 dollars per unit. The prospect of colossal capital gains when we know that Tesla shares are currently trading at nearly $ 1,200! He would thus pocket more than $ 27 billion, but he must act quickly: these ten-year stock options expire next August. And he needs to finance these operations, hence a possible sale of shares …

In the SEC’s sights

In September, he had already said in an interview at the CodeCon conference: “I have a bunch of options that expire early next year, so this huge block of options will have to be sold in the fourth quarter. I have to do this or they will expire. Elon Musk has already sold titles twice. In 2010, before the IPO, he sold 1.4 million shares for $ 24 million. Then, in 2016, he sold 2.7 million, or $ 593 million, to cover taxes owed on options he had exercised.

It remains to be seen, now, what the Securities and Exchange Commission (SEC) intends to do. On several occasions, the American stock market policeman has already taken an interest in the tweets of the boss of Tesla and SpaceX. In 2018, he was fined $ 20 million after considering on the social network to withdraw Tesla from the Stock Exchange, and had to leave his post as chairman of the board of directors. Then he got slapped on the fingers again this year, for the lack of supervision of his tweets. He’s now supposed to consult a lawyer every time he posts something about Tesla on Twitter. Did they do it this time?