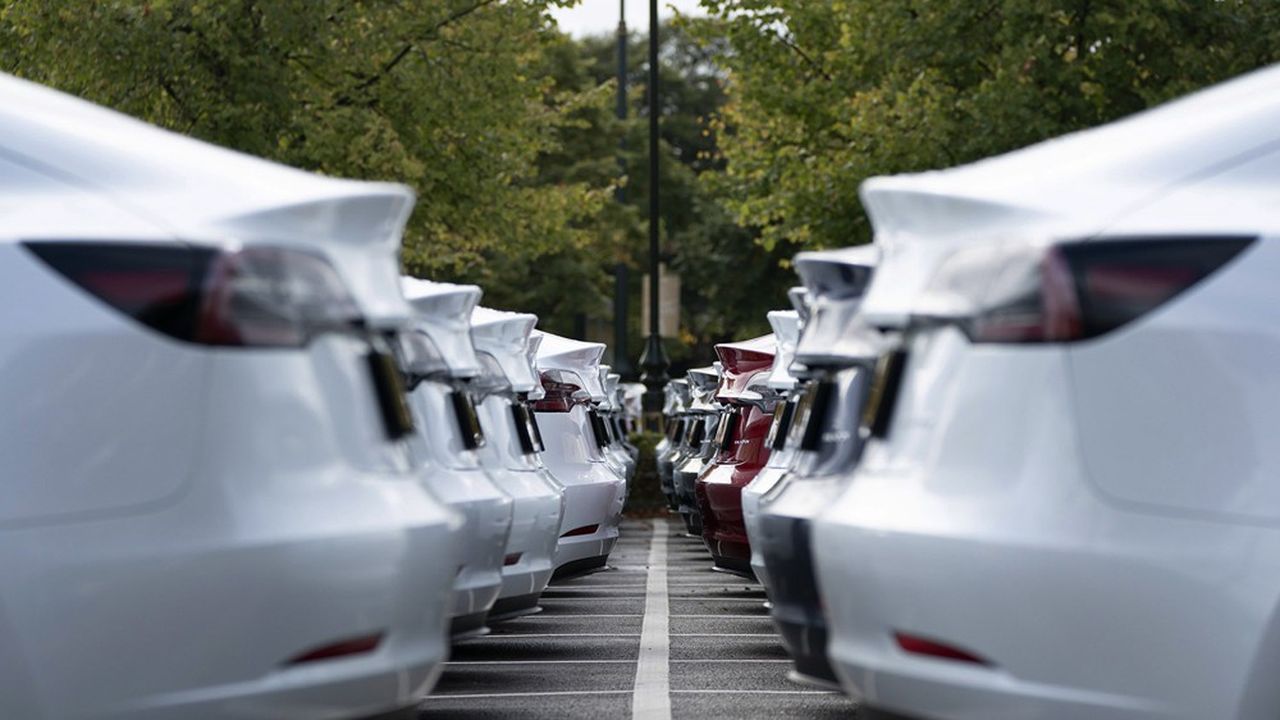 This is a particularly remarkable result in an automotive market severely affected by the semiconductor shortage. U.S. premium electric vehicle maker Tesla said it delivered 241,300 cars in the third quarter, up 20 percent. The figure is significantly higher than the expectations of analysts, who expected just over 220,000 vehicles delivered, according to several consensus.

From July to September, the Palo Alto, Calif., Group delivered 232,025 of its Model 3 and Y models, according to a statement. The manufacturer also delivered to customers 9,275 vehicles of its luxury S and X models (sold respectively for 90,000 and 100,000 dollars each). This represents an increase of 20% compared to deliveries in the second quarter, during which Tesla crossed, for the first time, the threshold of 200,000 cars delivered (201,250).

This progression contrasts with the results of other manufacturers. General Motors said on Friday that its sales fell by a third in the third quarter due to a lack of microchips, now essential in vehicle design.

Stellantis, the parent company of Fiat Chrysler USA, recorded a decline of 19%, while Honda and Nissan fell 11% and 10% respectively. The Japanese group Toyota, which did well, posted an increase of 1.4%.

Tesla has always accustomed its customers to delivery times that are longer than those on the average market. Currently, according to the manufacturer’s website, the estimated delivery date for a Model X is between May and June 2022. “We thank our customers for their patience as we face challenges in terms of supply and logistics. ”, Explained the group in the press release.

In terms of production, Tesla made 237,823 cars in the third quarter, up 15% from the previous three months. The automaker said in January that it wants to grow its deliveries by 50% on average per year for several years, which would amount to around 750,000 vehicles by 2021. In the first nine months of the year, Tesla delivered around 627,000 cars.