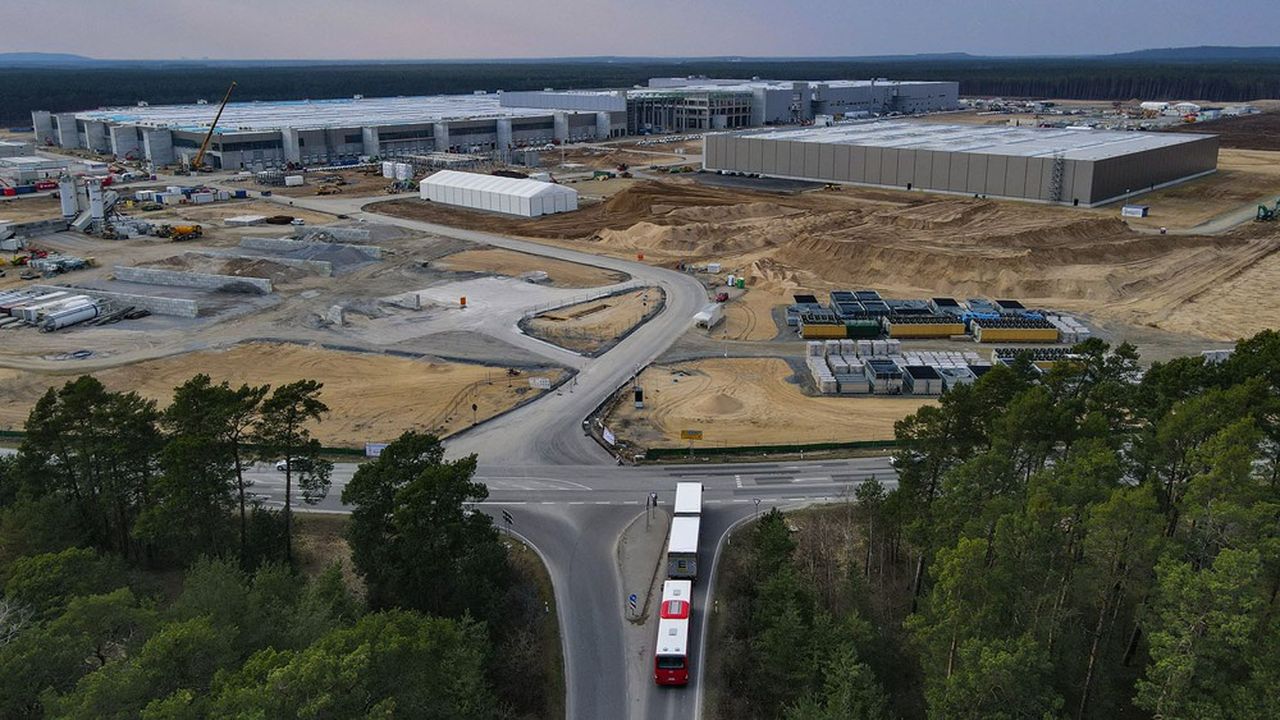 The hum is lost above an immensity of pine trees, sand and halls under construction. With his eyes riveted on a tablet from which he can follow the progress of his drone, Silas Heineken films the construction of Tesla’s future gigafactory in Grünheide, near Berlin. Under the snow or in the sun, the fifteen-year-old has followed the progress of the work almost every Sunday for a year. The one who nicknamed himself “Telsa Kid” has more than 14,600 subscribers on his YouTube channel, from Berlin to Shanghai, where the other Tesla gigafactory is located, which came out of the earth in a few months.

Since Elon Musk announced the construction of his factory in Grünheide in November 2019, the community of his admirers has continued to swell. That of his detractors too. Between fascination and annoyance, the flamboyant American entrepreneur of South African origin has become the absolute reference for German manufacturers … with sometimes a certain “Schadenfreude”: this joy in contemplating the misfortune of others. In this case, when Tesla is forced to postpone for at least six months the official launch of its new factory, failing to manage the pangs of local bureaucracy. Announced for July, it should not take place until early next year, at best, due to lack of building permits.