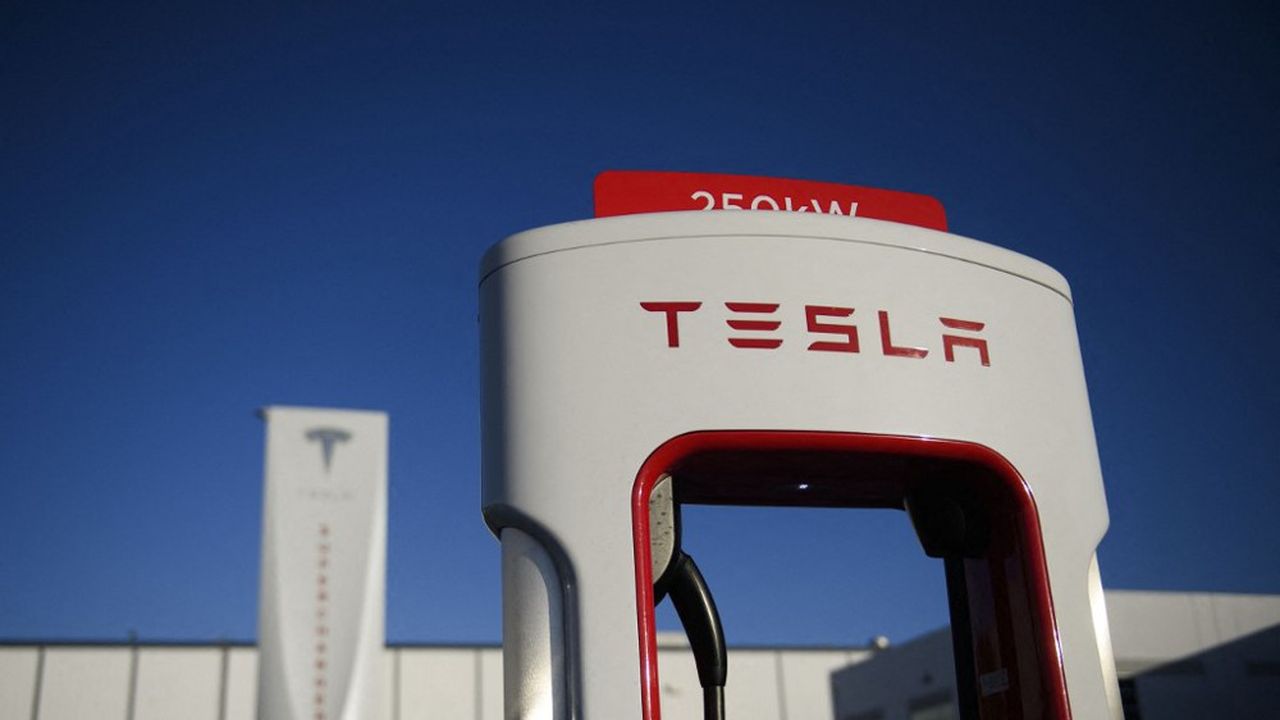 An Audi E-Tron here, a Ford Mustang Mach-e there. On Twitter, proud motorists are starting to share photos of their electric car being fully charged… on a Tesla supercharger. Since Monday, the American has opened ten test stations in the Netherlands for other brands. For laymen, this may be a detail. But for Tesla, this is a first breach in its closed model. And potentially even a new era which is opening, that of energy supplier.

“With this pilot program, ten stations are now accessible to Dutch drivers of non-Tesla electric vehicles, via the Tesla app,” the company said in a statement. “Our ambition has always been to open the Supercharger network and, in doing so, to encourage more drivers to opt for an electric vehicle”, assures Tesla, for whom this opening “aims to accelerate the global transition to sustainable energy” .

Elon Musk had mentioned this opening during the presentation of the half-year results this summer. With 26,900 charging stations in operation, it would be a shame to limit oneself to Tesla drivers alone to generate income. Estimated at $ 479 million annually – based on five recharges per day per terminal – by Goldman Sachs, they could explode in the future, especially since the price has been increased from 0.36 to 0.57 euros / kWh for “non-Tesla”.

The maneuver is not without risk. The influx of new customers could lengthen waiting times at charging stations and therefore degrade the experience for Tesla owners; which had made it a commercial argument. So the manufacturer puts forward its third generation superchargers: with a power of 250 kWh (against 150 kWh), they reduce the charging time.

On the customer side, the reactions are mixed. “The day feared by Tesla drivers has arrived,” reacts a driver of the American brand on a specialized forum. He assures us that “if you look at the sites dedicated to Tesla, a lot of them are not happy with the announcement”. Another story in the opposing camp: “I just loaded my Polestar 2, it starts in ten seconds, good experience. “

If Tesla is first opening its superchargers in Europe, it is because they are compatible with all electric vehicles on the market. This is not the case in the United States, where it would be necessary to acquire an adapter to connect to it.

“We’re starting with a limited number of sites, so we can assess user experience, track traffic and analyze feedback before we expand,” says Tesla.

This extension does not seem to be linked to any binding legal framework. European Directive 2014/94 / EU, of October 22, 2014, required any “charging point open to the public” (sic) to meet the needs of all potential customers. Problem: Tesla stations being reserved for its customers, they did not fall within this framework. In the United States, it’s a little different. By opening its terminals to other brands, Tesla will make itself eligible for the 7.5 billion fund provided for the financing of electric recharging stations.