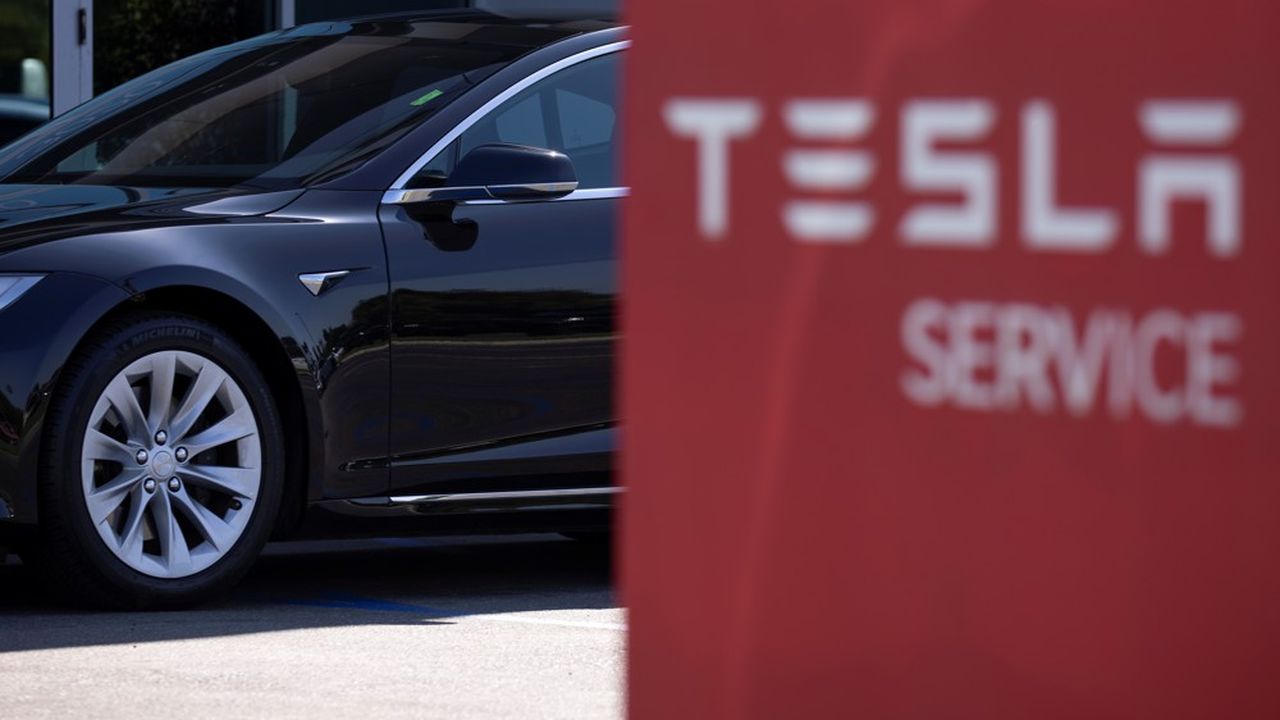 “ The third quarter was the best in our history, both in terms of production, revenue, profit and free cash flow. “He’s an Elon Musk” more optimistic than ever for the future of Tesla Which presented better-than-expected results Wednesday, confirming the transformation of the number one electric vehicle into a global manufacturer with increasingly solid fundamentals. Its price rose 3% in trading after the close of Wall Street, contributing a little more to an epic market rise since the start of the year.

The Californian company delivered more than 139,500 vehicles between the months of July and September, an increase of 44% in one year which led its turnover to climb to 8.7 billion dollars (+ 39% on a year). Good health against the rest of the industry: global car deliveries will drop 22% in 2020 compared to 2019, according to LCM Automotive.

Half a million vehicles in 2020

After the closure of its Fremont (California) plant at the start of the coronavirus pandemic, the company quickly resumed production. It also suffers less than other manufacturers from the economic recession thanks to a growing consumer appetite for electric vehicles. Elon Musk has renewed his goal of producing half a million vehicles this year, set in January – ahead of the pandemic. “ Achieving this goal has become more difficult “, However admitted the company, which will have to produce 180,000 additional vehicles between October and December, that is to say 30% more than in the third quarter.

After many years in the red, volume growth is helping to improve profitability. For the fifth quarter in a row, the company generated profits, this time to the tune of $ 331 million, up 131% compared to the third quarter of 2019. Its profits are notably linked to the tripling of revenues from the sale of CO2 credits to other automakers, which climbed from $ 134 million to $ 397 million in one year. But even by subtracting them, the firm improves its margin on its automotive activity. It went from 18.7% to 23.7% in one quarter, according to calculations by the firm Loup Ventures.

“ Among the items that have had a positive impact on profits are high volumes, better absorption of fixed costs and continued cost reduction “, Highlights the company in its press release. Tesla has increased its productivity gains, with a ramp-up of production, especially at its Shanghai plant, whose production started a year ago. The cost of labor is also lower.

The automaker has also changed its mix: if its more affordable models, the 3 and the Y, represent 89% of its sales against 82% a year ago, within this group, the Y’s share is increasing. “ Ua significant portion of the profits is due to Model Y which has higher profitability than Model 3 because its average price is higher but its cost structure is similar “, Said Joseph Spak, analyst at RBC Capital Markets, in a note sent after the results. According to Philippe Houchois of Jefferies, the average price of a Model Y is $ 52,000 – $ 6,000 more than a Model 3 – but the cost is only $ 1,000 more.

The group’s chief financial officer also highlighted logistical advances, with the relocation of the supply chain, production and delivery to the same territories. The profitability “ benefits from the fact that our share of cars built and delivered in the same location isincreased from 50% at the start of the year to over 70% in the third quarter Zach Kirkhorn said.

However, the company still has to make progress. Its deliveries fluctuate greatly in Europe because it has not yet opened its Gigafactory in Berlin, and does not rely on a network of dealers with stock. This plant and the one in Texas will start deliveries next year, but “ it will take 12 to 18 months to reach full capacity ”, Elon Musk warned.