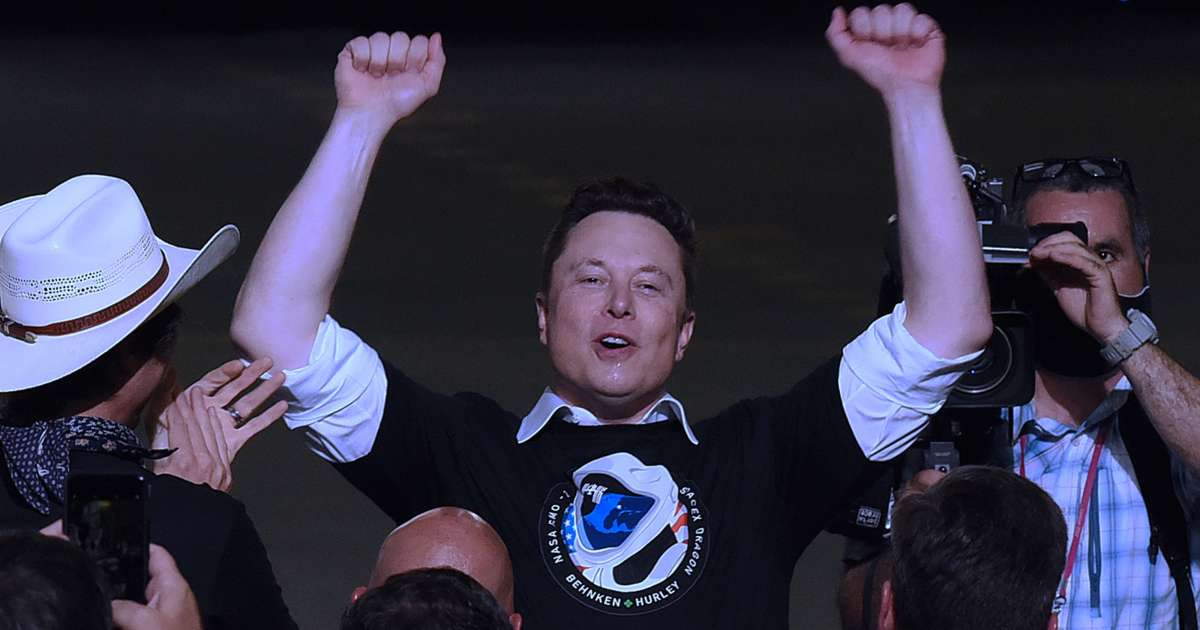 Elon Musk, the boss of high-end electric vehicle manufacturer Tesla, rose to the rank of the richest man in the world on Thursday, January 7, thanks to the soaring stock market shares, according to Bloomberg News calculations.

With Tesla’s stock market soaring, in which he owns 18%, the whimsical 49-year-old entrepreneur, who also runs SpaceX, passed Jeff Bezos, the Amazon boss who held the title of richest man in the planet since October 2017.

While the Tesla share, which saw its value multiplied by more than 7 in 2020 and was still advancing strongly on Wall Street on Thursday, the fortune of the engineer of South African origin reached 188.5 billion dollars ( 154 billion euros) shortly after the opening of the meeting, exceeding that of Jeff Bezos by 1.5 billion.

150 billion dollars in one year

The group’s sales, however, remain a long way from traditional manufacturers: Tesla only sold 499,550 cars in 2020, a long way from Volkswagen, for example, and its 11 million vehicles sold in 2019.

But Tesla is benefiting from investor enthusiasm for electric vehicles and the fact that it has managed to make money for five consecutive quarters, which allowed it to enter the prestigious S&P 500 index in December.

In just one year, Musk’s asset value soared by $ 150 billion, an incredibly fast enrichment, boosted by the 743% rise in Tesla stock in 2020.

Bloomberg notes that without his divorce (which cost him a quarter of his Amazon shares) and his humanitarian actions (Bezos donated $ 680 million in shares in November 2020), the Amazon boss would still be in the front row. billionaires of the world.

Rather rich, ultra-rich or not at all rich: how do you rank on the Bloomberg scale?

In addition to 20% of the capital of Tesla, Elon Musk has stock options not yet liquidated, worth $ 42 billion.