Novak Djokovic and Alexander Zverev are no stranger to each other 7 encounters and Djokovic won 5, but from the start of the tournament the Nole was met with injury worries while Zverev played very stable. And the developments at the beginning of this match have shown that this is not an easy match for the defending champion. Djokovic lost his break in game 1 with 2 double errors, and the set could have ended sooner if he failed to save 2 break points in games 5 & 9. When there was a chance to serve and win. set 1, Zverev missed again when he made too many mistakes in game 10, causing Djokovic to reclaim a break. But in the tie-break series, after the first 12 points, Zverev won with a smash and a serve and scored a winner.

But Zverev then showed instability when he lost his break at the beginning of set 2 and continued to let Djokovic break the game again in game 3 due to too many failed shots. Djokovic won set 2 without difficulty with a score of 6-2, and went to set 3 although Zverev was the first break winner, but Nole successfully broke the game twice in games 7 & 9 to win 6-4.

Set 4 started with an early break for Zverev despite Djokovic leading 30-0, and the German successfully saved 2 break points in the next game to maintain his advantage. However, Djokovic had a game 4 save 3 break before he broke the game in the next game after Zverev made a double mistake and hit the ball repeatedly. The next game was quite intense, Zverev had 3 break opportunities, especially 1 set point in game 12, but Djokovic saved everything and forced the set into a tie-break series. Like the tie-break set 1 series, this time both players pulled each other point by point and drew 6-6 before the turning point arrived at the next point. Djokovic has an extremely difficult backhand to get the ball close to the edge of the net and causes Zverev to return the ball over the net, and Nole wins the match point the next point with his 23rd ace in the match.

Winning Alexander Zverev after 3 hours 38 minutes, Novak Djokovic will clash with Aslan Karatsev phenomenon in the semi-finals. The player defeated Grigor Dimitrov 3-1 in the quarterfinals and reached the semi-finals for the first time in the tournament. 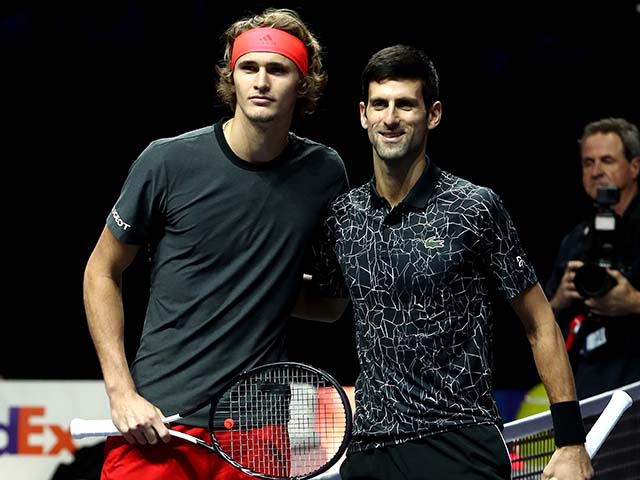