(Tennis video, tennis results, Novak Djokovic – Lorenzo Sonego, quarterfinals of the Vienna Open) World No. 1 player entered the match with the “strange wind” of Italy without a doubt that his underdog would play so well. .

Video of the main match of Novak Djokovic – Lorenzo Sonego:

After the shocks of No. 4 seed Dannil Medvedev and defending champion Dominic Thiem “fell over”, No. 1 seed Novak Djokovic entered the quarterfinals of the Vienna Open this year facing the “phenomenon” Lorenzo Sonego. The 42nd world-ranked Italian is only lucky to be in the main round after replacing Diego Schwartzman due to the Argentine star’s last-minute retreat.

Entering the match, Djokovic entered the game very badly. The world’s No. 1 tennis player tucked the net while being 30-40 leading and soon lost the opening service game against Sonego. In the third game, another unfortunate ball kicking out of the field caused Nole to lose his second break. Meanwhile, Sonego played even better. The Turin-born player won quickly 6-2 in set 1 in a convincing way.

In set 2, Djokovic soon got broken again in the service game. The 17-time Grand Slam star could not take advantage of many break opportunities in the fourth game. On the other side of the net, Sonego played bravely and the Italian continued to make important breaks to win 6-1 in this set.

Closing the match after only 68 minutes, Lorenzo Sonego won the world’s No. 1 player Novak Djokovic 6-2, 6-1 the first time they met to win tickets to the semifinals of the Vienna Open this year. Here, Sonego will face Daniel Evans after the English tennis player has just won the dramatic Grigor Dimitrov 7-6 (7-3), 4-6, 6-3. The remaining semi-finals will be a match between Kevin Anderson and No. 5 Andrey Rublev. 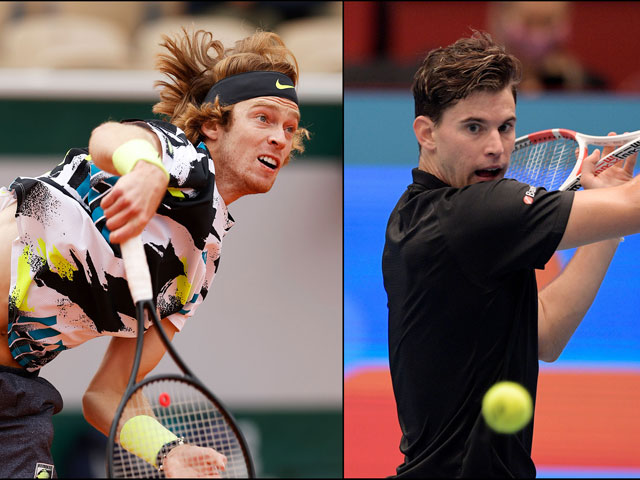