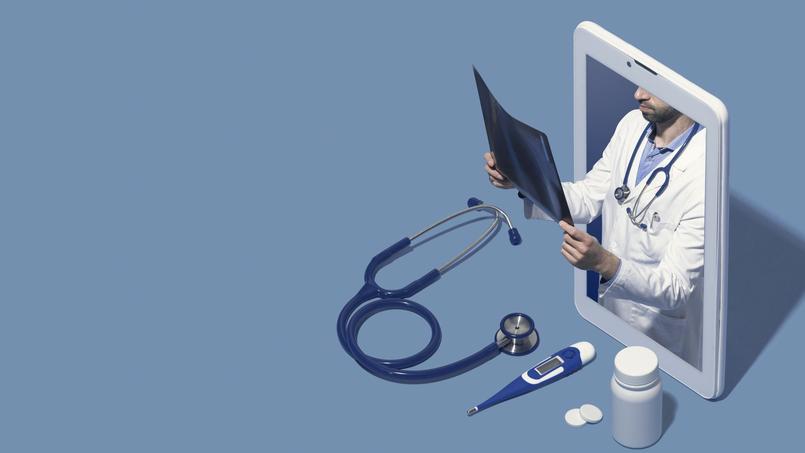 According to an article published on La Dépêche, the use of teleconsultation in France increased by nearly 20% in April 2020. Apart from the influence of the health context, such an increase is also explained by the many advantages that ‘offers telemedicine.

A situation that prompted the French to use teleconsultation

In collaboration with the Odoxa polling institute, the ANS (Digital Health Agency) carried out three barometers. The latter attest that teleconsultation has now become part of the mores of the French. Each of these three surveys was carried out on a sample comprising 2,000 to 3,000 French people, as well as 500 health professionals. They were carried out during the following periods: January 2020, October 2020 (after the first confinement) and January 2021 (after the second confinement). We learn that:

For health professionals, the results are also convincing with:

A success explained by the advantages of teleconsultation

If teleconsultation is winning over more and more patients, it is also because of the many advantages inherent in its use. Opting for an online medical consultation is, among other things, the assurance of:

If teleconsultation is synonymous with convenience for patients, it also simplifies the life of healthcare professionals. This practice allows physicians in particular to reduce their travel and increase their income. It also helps to establish a direct relationship with patients and to improve communication between professionals.

The promotion of teleconsultation: a major political issue

Despite a clear leap, the practice of teleconsultation still meets with reluctance among some French people. Thus, according to a Harris Interactive survey, nearly 48% of French people in telemedicine deplore the absence of direct contact with a doctor. For the government, efforts still need to be made to get more and more French people to choose teleconsultation. Thus, since September 2018, teleconsultation acts have been reimbursed by the Health Insurance at rates similar to those of a direct consultation. Anxious to promote the relationship between health and digital technologies, the government has also launched a national campaign called “Yes to e-health”. In 2022, a new online public service will be launched, called Mon Espace Santé. Open to all French people, its objective is to allow everyone to be the actor of their health.

The Covid-19 pandemic and the various confinements have encouraged the use of teleconsultation among the French. The government’s desire to promote e-health, as well as its relevance to current needs, is also helping to make online medical consultation popular with the French.