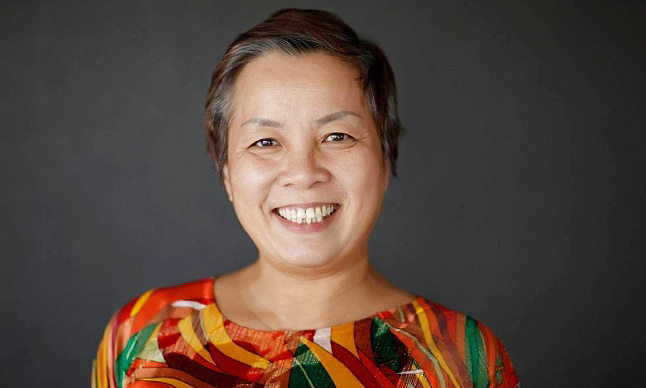 Human rights experts advise on identification behaviors and support services when suffering from gender violence in seminars on VnExpress fan page at 8:30 on November 30.

The document on the linkage between forms of violence by the United Nations released in 2014 has shown that gender violence can take many forms. Gender-based violence is not limited to domestic violence or violence against women, but is all forms directed at an individual for the sake of that person’s gender and stems from gender inequality, including psychological, sexual and physical. Gender-based violence can happen to anyone, of any age and in any setting, at home, in the workplace, in public or in society. Gender-based violence can be caused by sexual partners, family members, acquaintances, strangers, co-workers, powerful people or organizations.

Results of the National Survey on Violence against Women in Vietnam in 2019, conducted by the Ministry of Labor, Invalids and Social Affairs in coordination with the General Statistics Office in 2019, estimated economic losses due to violence against women. Female causes to the Vietnamese economy equivalent to 1.8% of GDP in 2018. Thus, gender violence not only hurts an individual or a group of communities, but also negatively affects and affects economic economy of the country.

At the same time, women who have experienced physical and sexual violence by their husbands or partners are three times more likely to develop mental health problems, and earn 31% less than women who have never experienced violence. In the report on violence against Vietnamese women in 2019, it also shows that the person who causes the most violence to women is husband or partner.

To identify behaviors, causes and services to support women and children when facing gender-based violence, Center for Research and Application of Gender Science – Family – Women and Children Year (CSAGA), the United Nations Population Fund in Viet Nam (UNFPA) conducted the seminar “Violence from a husband or partner: Silence or speak up?”. The program will be broadcast live on fanpage of CSAGA, UNFPA Vietnam and fanpage VnExpress.

The seminar was attended by Ms. Naomi Kitahara – Chief Representative of United Nations Population Fund in Vietnam. Kitahara holds a Master of Business Administration (MBA) and a Master of Science degree in demographics in the UK. Before being appointed in Vietnam, Ms. Kitahara was the Chief Representative of UNFPA in Mongolia for more than 5 years. She has 23 years of experience in international development, including UNFPA in Zambia, New York, South Africa and Mongolia, UNDP in Mozambique and Malawi, and JICA for the Republic of the Congo.

Ms. Nguyen Van Anh – Director of Center for Research and Application of Science on Gender – Family – Women and Adolescents was the second guest to participate in the seminar. In 2017, Ms. Van Anh was able to Forbes Voted one of the 50 most influential women in Vietnam. In 2008, she was Women’s eNews (USA) honored as one of the 21 excellent leaders in the early 21st century. Ms. Van Anh has more than 20 years working in social work, advocating for the community to protect the rights of children, victims of violence. family and transgender people.

The program also has the participation of Mr. Nguyen Thanh Tung – CEO of Tourism and Communication Joint Stock Company TT&T. Mr. Tung has participated in many activities against gender-based violence such as the contest “I speak up – I act” with the theme of preventing and ending violence against women and girls; the project “You can talk to me” aimed at raising public awareness and action on blaming victims of sexual harassment and abuse; Modern Slavery and Human Trafficking Prevention Projects …

The last guest is singer Duy Khoa, who has participated in many activities to prevent gender violence. This singer is also the image ambassador for the prevention of sex imbalance at birth appointed by UNFPA.