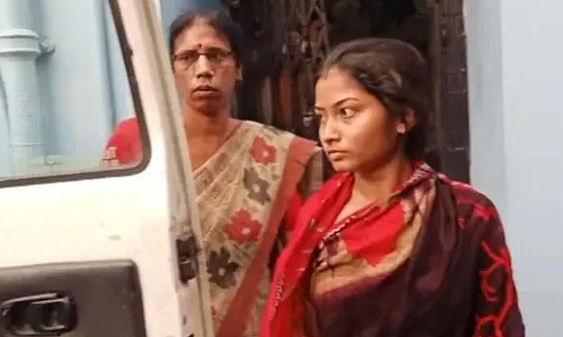 IndiaKrishna Mandal, 22 years old, crossed the wild forest, swam across the river separating India and Bangladesh to marry her lover.

Krishna Mandal met Abhik Mandal, an Indian on Facebook. After chatting for a while, they fell in love. Wanting to marry her boyfriend without a passport to enter the country, Krishna chose to illegally cross the border. After walking alone through the wild forests of the Sunderbans, swimming across the river for an hour, the girl met the man of her dreams.

On May 28, Krishna and her boyfriend held a wedding ceremony at the Kalighat temple in Kolkata. Two days later, she was arrested for illegal entry. Sources said that Krishna will probably be deported and handed over to Bangladesh.

This is not the first time someone from Bangladesh has dared to illegally cross the border into India. Earlier this year, a teenager named Eman Hossain swam across the border to buy his favorite chocolate. The local police detained the boy, then the court sentenced him to 15 days in detention.