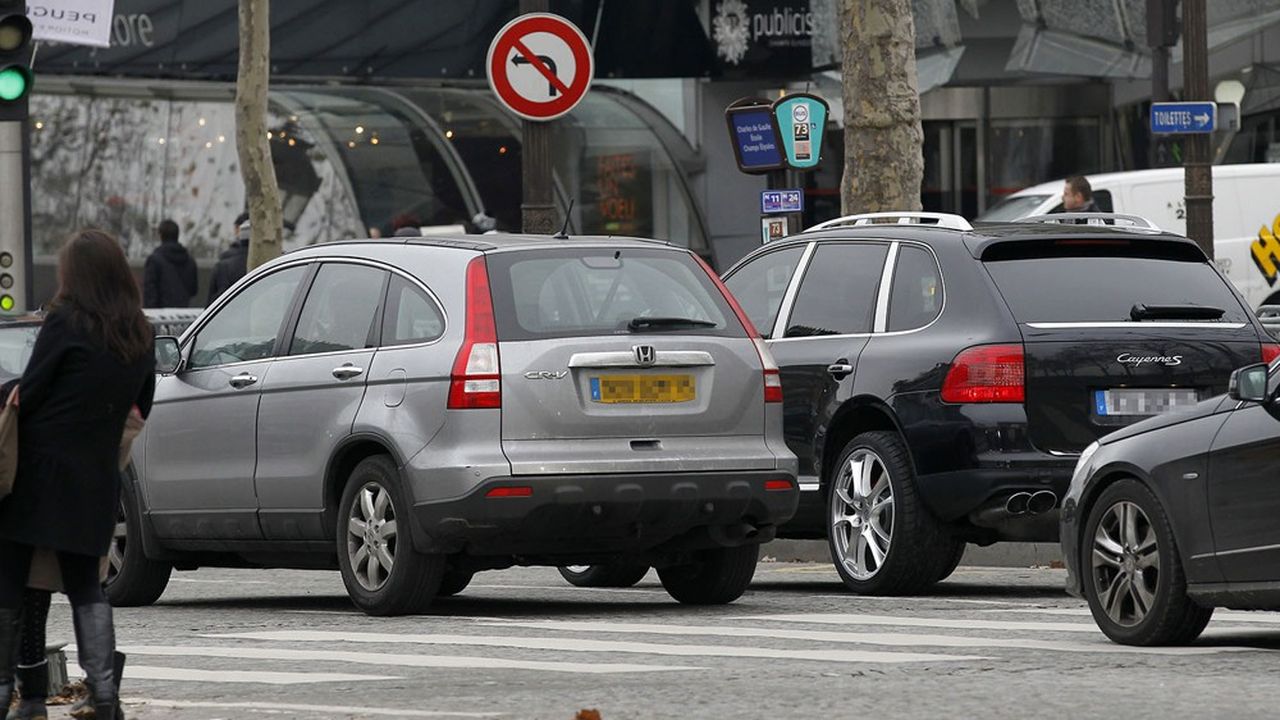 Out of ten new vehicles sold in France, nearly four are SUVs. “If nothing is done to reverse the trend”, these large vehicles – halfway between the minivan and the 4×4 – “could represent two-thirds of sales in 2030”, warns Isabelle Autissier, president of WWF France. In a report published on Tuesday, the association warns against this fashion which threatens France’s climate ambitions.

In France, SUV sales have multiplied by 7 in ten years, going from 5% of new car sales in 2008 to 38% in 2019. These heavy and fuel-hungry vehicles have become “the second source of growth of energy greenhouse gas (GHG) emissions in France from 2008 to 2018, just behind the aviation sector ”, points out the environmental NGO, which denounces“ the crushing impact of SUVs on the climate ”.

Characterized by the body of an off-road, SUVs are more massive than a traditional car. And therefore need more fuel to move. “An SUV compared to a standard car is 200 kg, 25 cm long and 10 cm wide in addition”, we can read in the report. As a result, SUVs emit “on average 20% more GHGs than the rest of cars” and “the 4.3 million sold in France in a decade have a carbon footprint equivalent to 25 million electric city cars”, according to the NGO .

Today, ecological penalty-type devices “no longer succeed in reducing the emissions of the vehicle fleet”. And, after a continuous decline from 2009 to 2016, the average approved CO2 emissions of new vehicles are no longer decreasing. According to WWF projections, the increase in SUV sales in the coming years is incompatible with the achievement of France’s climate objectives for 2030.

The NGO models several scenarios. In the first, SUV sales are continuing at the same pace as 2008 (nearly 3% increase in sales shares each year) and this leads to a doubling of the related GHG emissions.

In the second, these sales are also continuing but the rest of the vehicle fleet is gradually electrifying. Here again, this scenario would not make it possible to achieve the objectives of the national low carbon strategy.

“Without a decline in SUV sales combined with a policy of modal shift and sobriety, France will not respect the Paris agreement” on the fight against global warming, concludes the NGO. In the latter hypothesis, the number of kilometers traveled by the French fell by 13% in 2030 and the number of vehicles making up the fleet, by 12%.

The NGO also qualifies the possible development of electric SUVs as a “false good solution”, because their carbon footprint is, “over the entire life cycle, 34% greater than that of electric city cars”. The stages of production and manufacture of the battery, as well as the “end of life” of the vehicle have been taken into account.

“We can clearly see that we are going into the wall. We are putting these scenarios on the table for the government to assume its responsibilities, ”explains Pierre Cannet, advocacy director of WWF France. For the NGO, automobile taxation must be reformed to take into account the weight of vehicles, as recommended in particular by the Citizen’s Convention for the Climate. A suggestion that the government rejected from the 2021 budget.

Aid to manufacturers should also be directed towards cars “lighter and less damaging to the climate”. “The challenge is to reorient the market,” he says. The recovery plan is now, it is not in 2025 that we will rewind. “