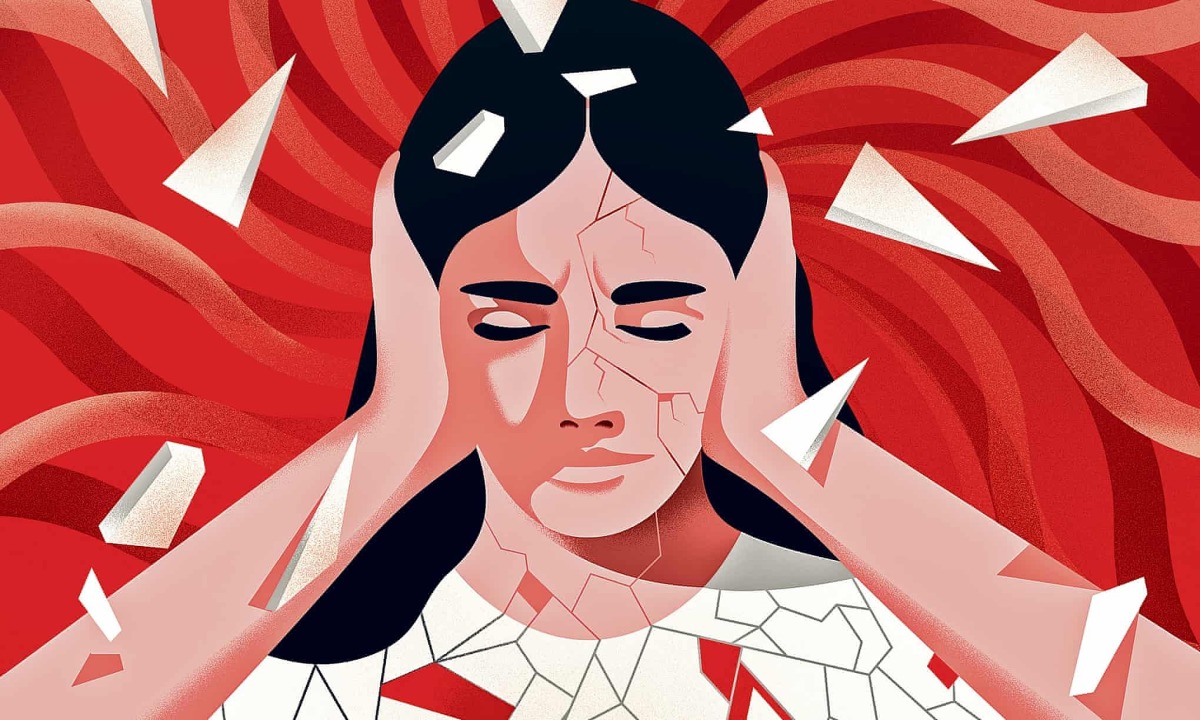 Some people are struggling to deal with smells, noises, and images. But instead of being a weakness, extreme sensitivity becomes a hidden strength.

“I feel like I’m too sensitive to this world,” says Lena, who can’t face crowds or bright lights. Even when her children brought her grandchildren to visit, she had to hide in another room because she couldn’t stand the laughter of the children in the house.

And Lucia said she felt every fiber of her clothes touching her body, making her tickle uncomfortably.

Lena and Lucia are hypersensitive individuals. About 20% of the world’s population belongs to this group, according to psychologist Elaine Aron in the US. The expert started researching on high sensitivity in the early 90s and published it in a book of the same name in 1996.

Genevieve von Lob, a British clinical psychologist, who has worked with many sensitive people, especially children, explains that when receiving information, this type of person will process it more deeply and elaborately. “They tend to take in a lot of information more carefully. And this is why they are shocked,” Genevieve said.

Sheet Guardian (UK) asked readers to share their high sensitivity experiences and received more than 300 responses. There are people who write more than 40,000 words just to describe the exhausting feeling of having to immerse themselves in other people’s emotions; exhausted from working in open spaces; strongly moved by advertisements or deeply influenced by social events. To improve mood, some people report wearing headphones to block out the news and avoid the media for fear of affecting their mood.

“I wish I wasn’t that sensitive, which makes my life harder,” one person wrote.

As a result, many highly sensitive people often experience a multitude of disadvantages in society. “They’re prone to bullying at school. Society tends to see it as a weakness and label these people as fragile or extreme,” Genevieve said. Experts say that highly sensitive people are more likely to feel lonely, misunderstood and perceived as abnormal. They find this world too harsh, too noisy.

But self-acceptance is key. Hypersensitivity is inborn, not a disease requiring diagnosis or treatment. But they need to adjust their own rate of reception because the ability to process information and emotions is more intense than normal people.

Therefore, instead of locking themselves in four walls, they should participate in physical activities such as walking, boxing, dancing, yoga or any sport to help improve their mood. In particular, simplifying life and arranging schedules helps sensitive people have a more comfortable life.

High sensitivity is a strength. “The advantage of it makes me a good listener, a good conversationalist. I am very intuitive, have a rich inner life, and an emotional vocabulary,” says Samira, adding that highly sensitive people tend to Paying attention to details and listening.

Louise, a researcher once believed that “too sensitive is not good”. It was only when she quit her job at the age of 30 because she was not happy that she began to study sculpture and reconnected with her love of art. “I’ve met sensitive people like me, and for the first time, being sensitive is fine,” says Louise.

She started studying for a doctorate, which changed her life after a few years. Sensitivity gradually became her strength and made her research involving vulnerable people a success. “It’s based on deep thinking between people,” Louis said.

But is high sensitivity a sign of autism? Michael Pluess, professor of developmental psychology and sensitivity researcher at Queen Mary University of England, said: “Both have sensitive sensory systems. But sensitivity and autism are two things. individual”. Some consider sensitivities to be another trait, although other researchers consider them biological or physiological.

Pluess doesn’t like the term “highly sensitive personality”. “Everyone is sensitive. We wouldn’t be able to survive without being sensitive to the environment. But others are sensitive to people themselves. In particular, higher sensitivity comes with benefits and challenges. “, the professor analyzed.

Von Lob wants people to understand that being highly sensitive is not a weakness and hopes society can recognize and “nurture” people with this trait. “Few people know that sensitive people are often creative people, they have great empathy. They have a strong sense of fairness and justice. They are dedicated, good listeners… And the world is changing. need such skills and awareness,” she said.

Isadora often wears earplugs when going out to reduce noise. She also can’t stand the smell of cleaning products, cooking or loud music in the restaurant. But despite her discomfort, Isadora is happy to know the world is benefiting from people like her. “My sensitivity makes people pay attention and have ways to change accordingly. Instead of being overly insensitive,” she said.