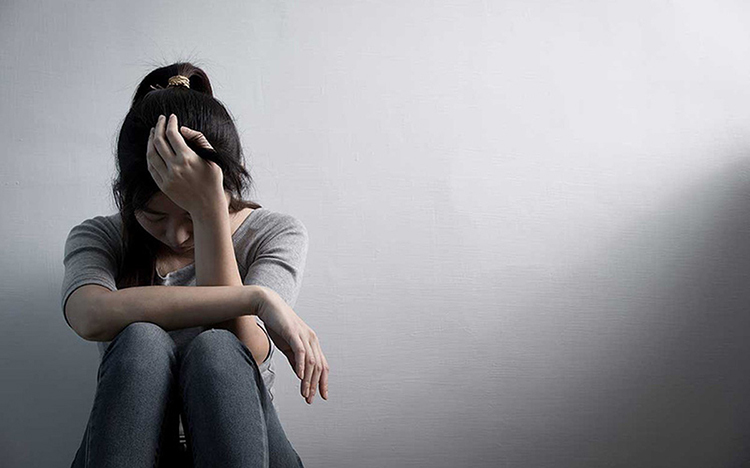 Van had calculated very carefully the time to go all the way 7 km from the company to her husband’s house, so as soon as he was 5 minutes late, she immediately called to inquire.

When we first met, Minh Duc (Van’s husband) found this action cute because he thought “only true lovers care so much”. But when he returned to the same house, the 31-year-old man felt suffocated because he was always in a state of investigation at any time.

Van has a habit of waiting for her husband to fall asleep, then read all the messages in Duc’s phone. Many times in the middle of the night, the husband was woken up to answer a series of questions: “Who is this”, “What is the relationship between the two?”, “What is the purpose of texting each other?”.

Every time the company celebrates, although Duc always informs him in advance, he has never been able to sit to the end because his wife constantly calls to urge him back. Gradually, he was not in the mood to eat and drink happily, only quickly finished eating to return “to prevent his wife from pinching”. “Many days at the end of work, I want to sit down and have a beer with my friends, but the phone rings all the time, making everyone shy, and then I don’t ask anymore.” Germany said. It is also because of his wife’s strict control that he plays with any group. He also has the nickname “Duc SV” – which means “Duc is afraid of his wife”.

Vuong Linh, 33 years old, living in Hung Yen is also strictly controlled by her husband. Six years ago, the accountant met lightning love and got married after only a month of dating. At the end of the honeymoon, Hung (Linh’s husband) began to apply the “martial law” regime to his wife, forcing her to report daily schedules, for example who to meet, what to do, how long. He also went to her Facebook and Zalo to check. Seeing his wife “like” a photo of the opposite sex, he interrogated: “Why interact with him?”. When his wife commented to compliment someone, Hung immediately made friends with that person.

Hung also often complains that his wife talks too long on the phone with his mother and sister. Once Linh cut short hair instead of long hair, he blamed his wife for cutting her hair without consulting him. To calm things down, Linh promised to grow her long hair.

But then, Linh felt that her words and actions were increasingly unsatisfactory to her husband. She could no longer feel his love. Hung controls everything his wife does, and Linh lowers her voice more and more, giving in to hope for a peaceful family. “The feeling of worry if I do something that doesn’t satisfy my husband is increasing, making my mood always insecure,” the mother of two said.

Like Duc, Van’s social relations kept getting narrower. They also have something in common that they always have to deal with the torture of their partner even though they have done nothing wrong.

“Duc and Linh are being controlled by their spouses, controlling their lives. This is a form of domestic violence,” said psychologist Le Thi Tuy, from the Happy Youth Counseling Center. According to her, controlling a partner is when the other half always makes daily decisions, from small things like what the other person will eat, what to wear, especially when he will be very angry whenever the other person makes a mistake, no matter how small. best.

According to a report by the Ministry of Culture, Sports and Tourism, from 2012 to 2017, there were 51,227 cases of mental violence related to the family in Vietnam. Mental violence does not use ordinary force, but mainly uses harsh words, insults, demeaning, controlling activities of the victim, taking advantage of their position in the family to exert pressure. , forcing the other person to obey him.

The results of the national study on domestic violence in 2020 in Vietnam show that 54% of ever-married women experience emotional violence. Violence causes victims to suffer serious consequences such as physical trauma, making them depressed, even wanting to commit suicide.

“I used to have to be treated for depression because my husband controlled me and lost all my freedom,” shared Thu Ly, 32, a full-time housewife in Hanoi.

When she first got married, her life passed smoothly. But then the husband began to control his wife both in words and actions. During a family trip two years ago, he even scolded his wife in public because she laughed with a male receptionist in the hotel.

Previously, Thu Ly’s first priority was to please her husband, following all the rules he set, such as choosing which fruit he liked, how to choose clothes, how to walk in the house. “If I don’t do well, I will be scolded and berated by my husband. Everything is always the same: Do as he says or you will be in trouble”, the mother of two shared.

According to expert Le Thi Tuy, a controlled relationship is like an infinite black hole that swallows all the light in life. Control can destroy the best feelings and emotions of a marriage.

“To solve the problem, have a frank talk with each other and ask if the other person realizes the absurdity of controlling actions. Speak up to your partner and let them know how hurt you are. how,” advises Ms. Tuy.

Nguyen Thi Minh, a psychology lecturer at the National Academy of Public Administration, Ho Chi Minh City branch, said that there are many reasons why a spouse likes to control such as family traditions, possessive attitudes or themselves. inferiority, fear of being deceived.

“It is necessary to find out the cause to find the corresponding solution,” Ms. Minh said. If the wife is controlled by her husband because she does not make money, work on her own to earn money. If your partner ridicules you for being educated, increase your self-worth by adding knowledge… “You should change yourself in a more positive direction. Your other half will not respect you if you don’t learn to respect yourself.” Respect yourself”, Ms. Minh affirmed.

Half a month ago, Van got angry when she discovered messages exchanged between her husband and a girl with an intimate tone. The matter was so noisy that both sides of the family had to get involved. The wife was shocked when the girl’s identity was revealed to be a German cousin. The incident made Van lose points in the eyes of adults, and Duc had a frank talk with his wife about the warm memories in his heart.

He shared that he was hurt by the act of strict control. “Although marriage is nurturing, it doesn’t mean that the two will be one. Besides the family, everyone needs their own space,” Duc told his wife and hoped she would change.

As for Thu Ly, knowing that she could not change her husband’s possessive nature, she unilaterally filed for divorce. The 30-year-old woman then found a suitable job, gradually regained her confidence, instead of living aimlessly as before.

“I have learned how to love myself to increase my value, so no one will control me,” she said.