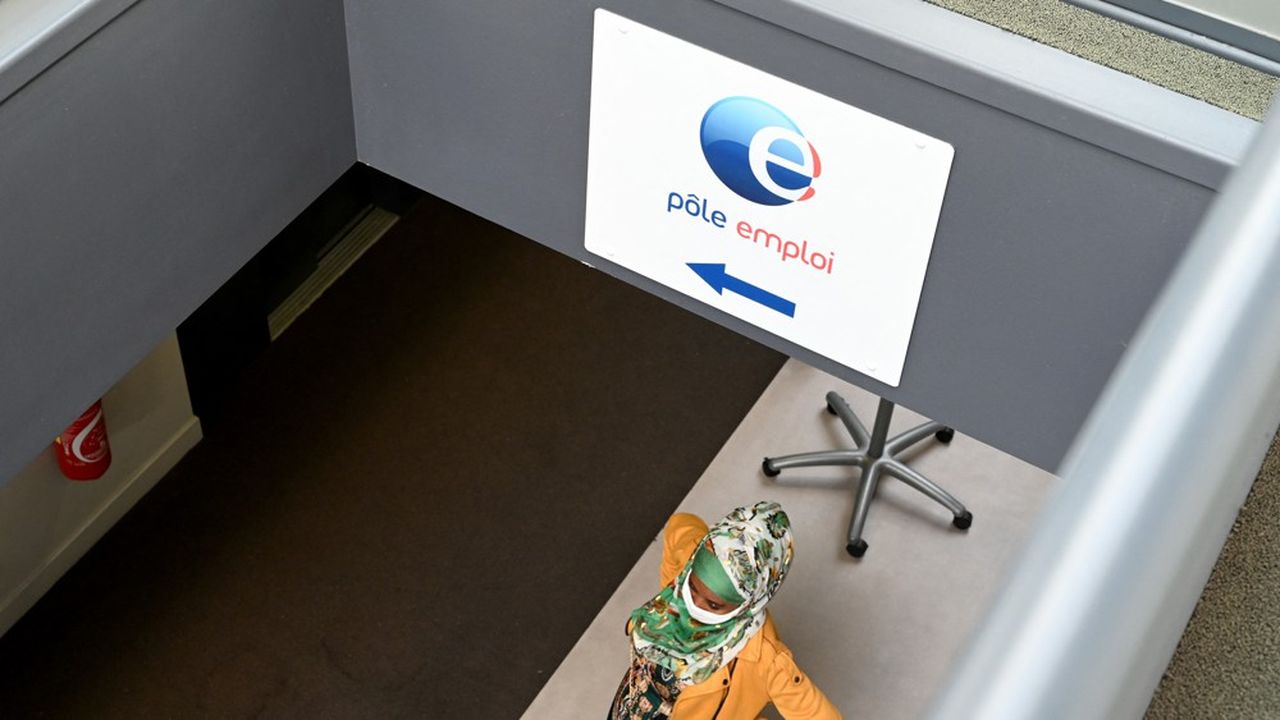 Neither rise nor fall. After falling in the first two quarters of this year, unemployment has stalled at third in France excluding Mayotte. The number of unemployed jobseekers registered with Pôle Emploi, classified in category A, stood at 3.16 million on average over the period from July to September, unchanged from the previous three months, according to published figures. this Wednesday by the Ministry of Labor.

The workforce in this category, the most scrutinized, remains in sharp decline over one year, by nearly 11% or 390,000 fewer people. At the end of the quarter, they reached their lowest level since… February 2012, at 3.12 million, due to the sharp drop observed in September (-62,700).

Entries at Pôle emploi have slightly decreased, in particular first registrations and layoffs. Outputs from Pôle emploi files are also down (-31,700 or -5.5%). “There is a clear reduction in updating defects and a reduction in administrative cancellations”, underlines the Ministry of Labor.

Given the economic context, weighed down by inflation, energy prices and the war in Ukraine, it is likely that the very strong expansion of the labor market observed since the end of the third confinement in spring 2021 will stop or slow down sharply. Except that since the Covid, all economists have been wrong in their forecasts for the job market.

INSEE anticipates a slowdown in job creation in the fourth quarter, but does not venture beyond for its forecasts. The OFCE is even more pessimistic and expects a decline in employment of 52,000 in the first three months of 2023 and 175,000 next year. Conversely, the government is still counting on a good 2023 vintage (+115,000). Between the two, Unédic has retained an assumption of stability (-6,000 jobs at the end of December next year).

The executive clings to its objective of achieving full employment by the end of the five-year term, that is to say to bring down the unemployment rate to around 5%, or 2.5 points of less than today.

Several projects have been launched to achieve this. The first consists in reforming the rules of compensation for the unemployed to make them more incentive to return to work. After its adoption by the Senate on Tuesday evening, the bill which paves the way for this reform must pass the stage of the joint committee of the two assemblies.

The other major project is called France travail: it is a question of better coordinating all that France has of aid entities for the unemployed, from Pôle emploi to the regions via the departments (for the beneficiaries of the RSA) , associations or local missions. Start-up planned for early 2024 after a year of experimentation. Finally, there is the pension reform which should help to increase the employment of seniors.

the SHARE OF REGISTRANTS FOR MORE THAN A YEAR in all categories A, B and C at the end of September, compared to 50.9% in February 2021.