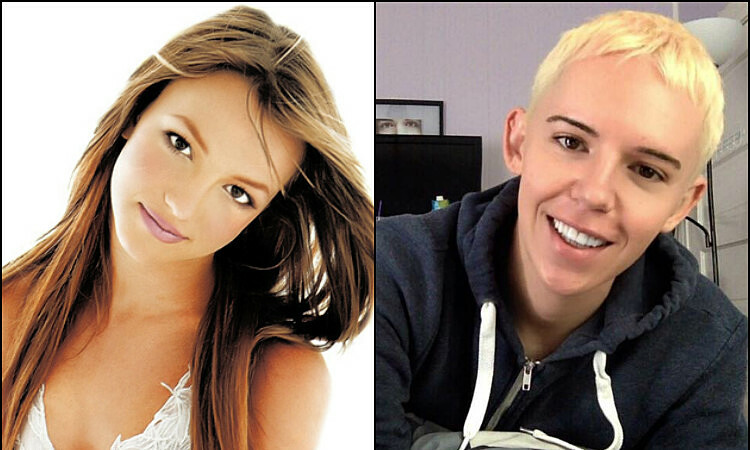 AmericaBryan Ray, 35, from Los Angeles has performed 100 surgeries since 2004 to satisfy his desire to look like an idol.

Ray said, the first intervention is to make porcelain teeth to have a smile like an idol, which costs $25,000 and is supported by the family. Later, when he was financially independent, he performed many other surgeries, the total cost is now up to 120,000 USD.

“I have been doing this since I was 17 years old and have no intention of stopping. I am a work of art that needs constant editing, to get the right look,” said the man who runs a pharmaceutical company. said product.

Over the years, he has undergone hundreds of cosmetic surgeries including two nose jobs, cheek implants, lip correction and eyelid lifts. In addition, Ray also injects botox and fillers every 6 months, and removes facial and body hair every 8 weeks.

“Am I perfect? ​​Definitely not, but looking at my changing face every day makes me very happy,” the 35-year-old said and admitted that he never thought he would look exactly like his idol, due to understanding facial texture. What he’s doing is working with plastic surgeons to find changeable features by drawing inspiration from Britney’s beauty.

Not only wants to look like an idol, Ray revealed the aesthetic decision because he wants to stay young for a long time. Every month he spends hundreds of dollars on lotion, avoiding sun exposure as much as possible.

Ray now has nearly 100,000 followers on social media, where he often shows off photos after each cosmetic surgery. Besides praise, the 35-year-old man also received many criticisms for his obsession with idols.

“People may call me weird, crazy, but I think openly about this and will continue to perform interventions in the future. Plastic surgery is not for everyone, I am not. encouraging someone to have surgery, but always advocating for people to stay body-positive in whatever way is appropriate,” Ray said.

Bryan Ray is not the first case to spend money, accept pain to be like an idol. Andrea Ivanova in Bulgaria also underwent more than 15 surgeries, and continuously injected hyaluronic acid into her lips since 2018 to look like a Barbie doll. Contrary to Andrea’s satisfaction, many people think that she is more like ‘Loch Ness monster than Barbie doll’.

Or a man in Brazil, because of the desire to have the arms to grow like the Hulk (the fictional superhero character in the American comics), injected himself with a mixture called synthol, a dangerous substance. It was used to increase muscle mass, but ended up having to have the arm amputated because of complications.

Phuong Minh (According to NyPost)