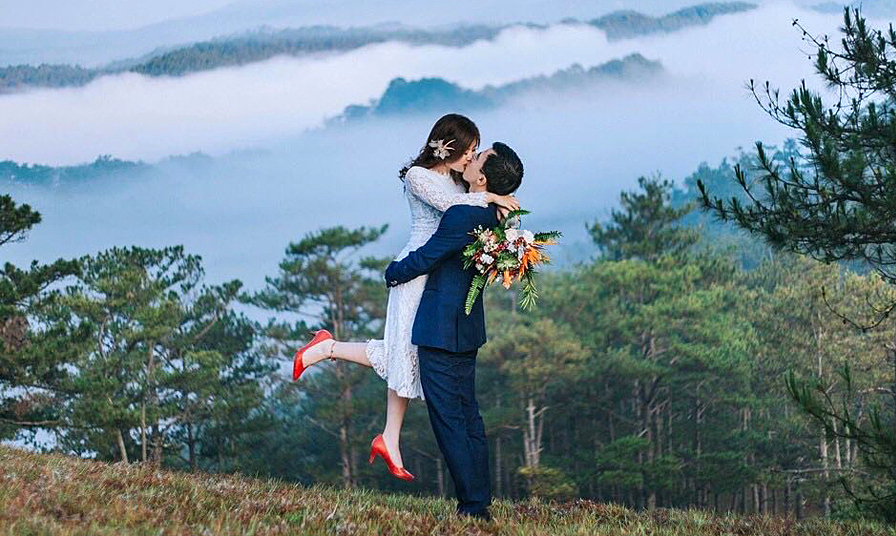 HanoiIn the summer of 2020, a famous 8X businessman, 1m80 tall, went to a matchmaking company to buy a service package of 70 million VND, with a commitment package worth 100 million VND.

“He introduced himself as the type of person who ‘works hard, plays with enthusiasm’, has a lot of assets, but so far has not found the right person,” said Vu Nguyet Anh, CEO of a high-end matchmaking company. The headquarters in Hanoi revealed about a special customer.

This customer gave a series of criteria about the “dreamer” such as being beautiful, attending a top university, studying abroad as possible, in Hanoi or Ho Chi Minh City. “Those requirements are not difficult because our candidate satisfies many conditions. Most importantly, he requires an ’emotional connection’ at the first meeting,” Anh said.

Two months later, Nguyet Anh introduced the businessman to four girls with the right conditions, but he “felt very indifferent”. For the fifth time, he entrusted the matchmaker with the lowering of the condition “no need to meet the criteria, just see the potential”.

“The fifth candidate girl only agreed to go to the appointment with three people. Not as pretty as the previous girls, not studying abroad, but with a gentle charm, unobtrusive intelligence,” Anh said.

Not long after, the two fell in love. At this time, the businessman realized that he had been looking for “an outstanding girl for a long time, but actually just needed a woman just enough to make me feel at peace”.

In the past, society often mistakenly believed that people who “everything is fine will easily find a lover”. Having worked in television and communications in a number of large corporations, Vu Nguyet Anh realized that there were many good people with full conditions, but they struggled to find their true other half.

“They have so much but want a lot and the standards are high, so it’s hard to choose,” Anh said. She calls this client file “cocoon”.

In 2011, Anh founded a matchmaking company aimed at highly educated people and business people, but it had to close after a year, because at that time, it could not reach customers, while cheap dating services were available. and free is booming in Vietnam. In 2016, she rebuilt her career after analyzing the higher living standards of society, and her network of relationships is thick and wide enough.

“Since then, we have been well received. Although the last two years of Covid-19 have caused many interruptions in face-to-face dating and service freezes, we are still alive because our customers are self-made. came naturally,” the female CEO said.

In the context of the market with hundreds of applications or dating service companies, Nguyet Anh’s company determines to only serve high-end customers, candidates with university degrees or higher, the number of tourists who want to meet their needs. About 1/3 of the number of customers using the service, many of them are CEOs, presidents, leaders of companies and corporations.

Nguyet Anh has many service packages with fees from 15 to 70 million VND, customers have the right to choose one, six, eight and nine dating objects. If you spend 100 million VND to buy the “commitment to success” package, you will be introduced to an unlimited number of candidates within two years.

After five years of operation, Nguyet Anh’s service has helped nearly a dozen couples get married and dozens of couples fall in love. “The number is not much compared to the number of customers, because we only serve the ‘cocoon’ group,” she said.

Hoang Quan, a 33-year-old master who is working for a company in the US, just returned to Vietnam in mid-2020 with the aim of marrying a Vietnamese woman. At first, he thought, with his education and conditions, it’s not difficult to find a girlfriend.

In fact, Quan was delusional. The periods of social distancing made him not have many opportunities to participate in social activities. He also lost connection with his old network of relationships.

At the end of September, when Hanoi eased the distance, Quan contacted Anh’s service. Initially, he tried the lowest package of 15 million VND. The first girl Quan met was quite young, pretty, and was the head of a financial company. Despite his sympathy, he still wanted more objects to compare. The next week, Quan met a different, older but more beautiful girl, also a master who studied abroad, with a better job than the first.

Instead of getting to know one of the girls, he decided to upgrade to the 55 million VND package to meet three more people. “For someone who has been away for a long time like me, this service helps to increase the chances of approaching qualified and screened female friends, which is difficult and risky if waiting for introduction or by chance. “, he said.

Serving a high-class audience also has many people with bad situations. Nguyet Anh requires strict entry, customers must prove their identity, education, marital status, job confirmation, family background. But not everyone agrees. “I can take a photo of the red books for you, why bother?”, a male customer responded. There are people who ask female subjects to be beautiful according to a standard “framed in their imagination”, such as the face must not be too angular, nor too round, the chin must be tapered in exactly like the photo, but must be natural, not through surgery.

There are many “prince and princess” customers looking for the service. Ms. Minh Phuong, an employee of the company, shared that she had received a customer from a rich woman who had returned from a top school in Europe and was bought by her parents, but her mother still came to serve meals and clean the house every day. , do laundry for. Besides coming home from work, she has no hobbies or interests.

When the mother asks to find a boyfriend for her child, the company only accepts the condition that the girl needs to undergo a course in communication and behavior skills. “We gave her suggestions from the hunchback posture, to the shy way of talking, but she refused to correct it. Sending a profile of three male friends, she also criticized everyone”, Ms. Phuong shared.

After the incident, the mother continued to ask for a boyfriend for her child, to the point that they had to put them on the “black list”, not to continue.

In addition to connecting couples, the company also provides consulting services on dating skills or psychological counseling for those who are “difficult to love”.

The last client who used psychological services was a 28-year-old girl with many of the qualities of an attractive single woman. Having purchased a two-year service plan, watching many objects with whom she has not had a relationship beyond the level of friends. She herself felt “out of step” with the men being introduced, but didn’t know where the problem lay.

Right from the first contact, Nguyet Anh realized that this girl needed to be more true to herself. She heard but didn’t notice. It wasn’t until long periods of distance, when she had a lot of time to meditate and read, that she realized that she had built a shell around her.

“I’ve always wondered why I have such good looks, education, and job, but I can’t find anyone forever. I’m afraid of being judged and judged as poor, so I have to work hard to show that I’m confident and perfect. good,” she confided to Anh.

After undergoing psychological counseling services, she no longer always talks about her work and achievements in dating as before, but is more comfortable being herself when meeting the dating objects. Even when she met a male friend who didn’t go further, she was still happy because she made new friends.

* Character names have been changed