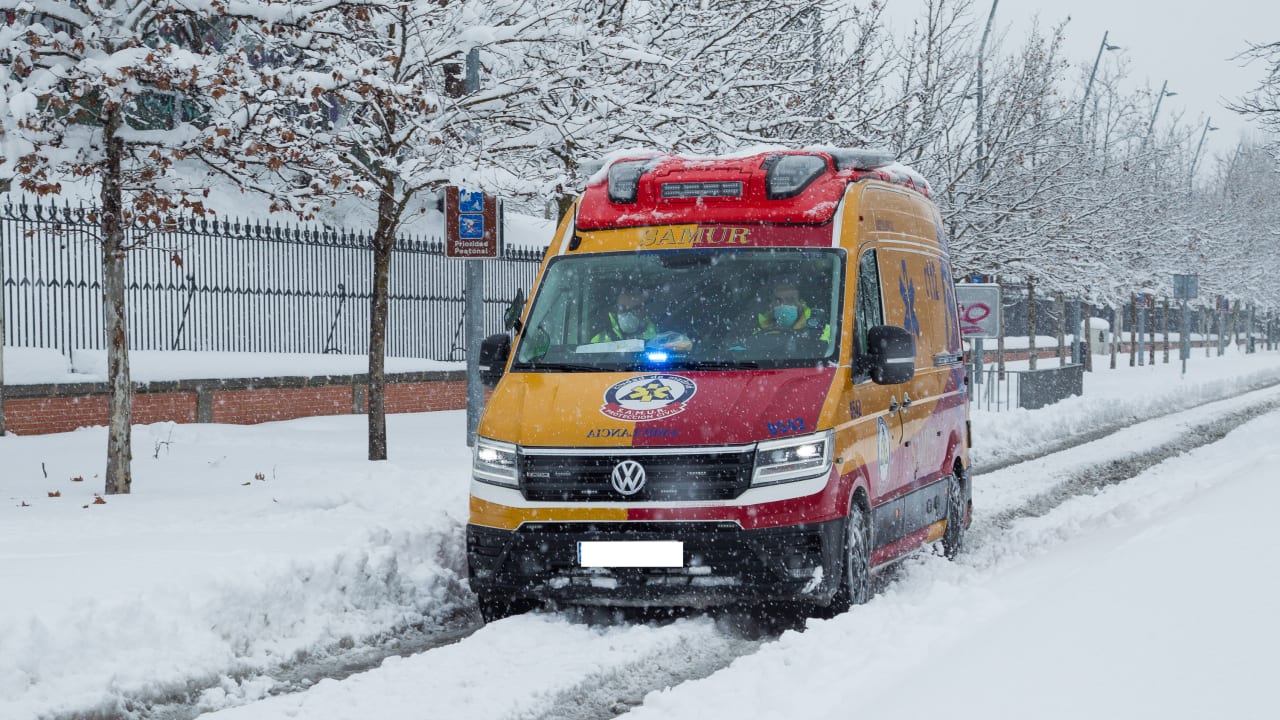 Something like this has not been experienced in Madrid for decades: The snow bathes the whole city in white, is up to 60 centimeters high.

Winter chaos in Spain! Some see it sporty and simply use the streets of the capital as a ski slope. Unfortunately, the storm “Filomena” also claimed at least four lives.

Transport connections were largely paralyzed. Prime Minister Pedro Sánchez said on Saturday via the short message service Twitter that the population should stay at home because of the “Filomena” snow storm and follow the instructions of the emergency services. The President of the Regional Council of Madrid, Isabel Díaz Ayuso, announced that all schools and universities there will be closed on Monday and Tuesday.

Road, rail and air connections were interrupted. Among the four dead was a man who was found buried under snow in Zarzalejo, north-west of Madrid. The Spanish weather service Aemet declared the center of the country a red alert. The regions of Madrid, Castilla-La Mancha (center) and Valencia (east) were hardest hit by the snowfalls.

1500 motorists who got stuck in the snow were freed with the help of clearing vehicles. The interior minister warned that freezing temperatures of minus ten degrees and below could still be expected in the coming days and that this could lead to black ice. The weather services forecast that the cold spell, which is unusual for the country, will continue until Thursday.

There was more snow in Madrid than it had been in half a century. Some residents used the location for skiing, for example on the famous Puerta del Sol square. Even a dog sled could be seen there. Mayor José Luis Martinez-Almeida urged the residents of the capital not to go outside in view of the “extreme situation”. The mayor added that the emergency services were on duty to shovel free access to the hospitals. However, this will be difficult as long as fresh snow is falling.

Madrid’s Barajas International Airport was closed on Friday evening and should remain closed until further notice. Initially, 30 flights were canceled and about as many were diverted to other airports. The Atletico Madrid vs Bilbao football game was postponed until further notice because the Basque team could not make it.

An unofficial national temperature record of -34.1 degrees was measured on Wednesday at an altitude of more than 2000 meters at the private weather station in Clot de la Llança in the central Spanish Pyrenees.