If there is a story that is mentioned a lot in the Vietnamese sports village in 2021, it is probably about being able to compete or not compete, whether in international or domestic tournaments. In a year when the COVID-19 epidemic still strongly dominated Vietnamese sports life, the story of athletes competing was no longer a matter of course.

However, the international and domestic competitions that took place at the end of 2021 were quite smooth, sowing confidence in a less difficult 2022 for athletes about being able to compete in the tournament, even domestically.

At the end of 2021, looking back at 2021, Wushu fighter Bui Truong Giang (2 times ASIAD runner-up in 20214, 2018; SEA Games 30 champion) said that 2021 was really unlucky for him and his teammates. Wushu fighters differ in terms of competing. Both times the 2021 National Wushu Championships scheduled to be held in April and November were postponed at the last minute.

“In April, we learned of the postponement of the tournament just 1 day before leaving. When we heard that the tournament had been reorganized, we were also excited and tried to practice. But 2 days ago, we were preparing to go to the tournament. tournament in November, the brothers received information that the tournament could not be held” – Bui Truong Giang said. Of course, that comes with the disappointment of those who are eager to attend the tournament to both compete and have an additional medal in the athlete’s career and a little bonus from winning a medal.

The same story is also found in the Hanoi international sword team. In mid-December, the afternoon before the 2021 National Fencing Championships in Hanoi, the coaches in the team were excited to gather to hear the assignment of tasks at the tournament. The next day, all were disappointed to hear that the tournament could not take place in Hanoi due to concerns about the safety of the participating delegations.

Not only fencing, Wushu, but also a number of other sports are also affected by the COVID-19 epidemic, leading to the inability to hold the National Championship, the pinnacle tournament in the annual national competition system. Among these, the National Professional Football Championship could not finish when the COVID-19 situation was complicated in many localities; This is the story of the 2021 National Karate Championship, only going to 2/3 of the way and then stopping due to detecting some F0 cases in the participating delegations…

Speaking as an industry leader, the first half of 2021 is really difficult to conduct training trips and international competitions. Vaccination has not yet covered coaches and athletes; International flights to international training and competition locations are extremely difficult and if they do, they have to wait for a long time with a lot of costs… Knowing how difficult it is, Vietnamese sports do not dare to set targets. won a medal at the Tokyo 2020 Olympics and actually went as predicted not to win a medal at the Tokyo 2020 Olympics. The National Volleyball Championship 2021 was held safely in Ninh Binh.

In fact, until October, many teams still maintained training in the highest state of epidemic prevention, and many coaches and athletes were vaccinated against COVID-19. Hope to attend the national championship is still glimmering and really do not dare to attend the international tournament. And it was not until the Government’s Resolution 128 on the temporary regulation “Safely adapting, flexibly, and effectively controlling the COVID-19 epidemic” dated October 11, 2021, that the high-achieving sports life in Vietnam became a reality. The South is vibrant again.

Therefore, in the last 2 months of 2021, a series of domestic tournaments will be held, relieving the athletes’ need to compete and rubbing as well as the requirements to evaluate the athletes’ performance of the coaches.

Athlete Ngan Ngoc Nghia of the People’s Public Security athletics team said that being able to compete in the national athletics championship helped him relieve his mind after months of training.

And the head of the billiards – billiards (Hanoi Sports and Sports Training and Competition Center) Dang Xuan Vui said that, although the team’s journey to compete in the national billiads – snooker tournament 2021 was quite difficult when it was necessary to move. By car to Da Nang instead of flying, to prevent the epidemic, but just participating in the tournament was a joy for teachers and students in the Hanoi team. In addition, the team also accurately assesses the performance of each athlete.

Mr. Hoang Quoc Vinh (Director of High Performance Sports Department I, General Department of Sport), said that, in fact, the process of organizing many tournaments faced many difficulties, especially when COVID-19 cases were detected. 19 from the participating delegations or due to the complicated situation of the host country COVID-19 epidemic.

But there are also many tournaments that still take place as calculated after the Sports industry still makes the point of being determined to organize the tournaments. The problem here is that the local delegations and Organizing Committees that strictly follow the epidemic prevention regulations can solve many difficult situations. And many localities were really determined to complete the hosting, so many tournaments, even though there were F0 cases in the members of the participating delegations, were detected before and during the tournament, but still reached the finish line. Among these are the National Championships in Athletics in Hanoi, the National Cycling Championships in Vinh Phuc; National Boxing Championships in Bac Ninh…

Meanwhile, when many countries have resumed international flights, many teams and athletes have attended training trips and international competitions. Therefore, Vietnamese sports have received a series of good news, including 2 consecutive championships of Ly Hoang Nam at the international tennis tournament system in Mexico, 2 gold medals of the Muay team at the World Muay Championships. , 3 gold medals of the national Karate team at the Asian Karate Championships, 2 golds of the sailing team (rowing content) at the Asian Rowing Championships… National swimming and table tennis teams have fully performed all the competitions. training tour in Hungary…

Obviously, the success and lessons learned in organizing national tournaments, training and international competitions in the last 3 months of 2021 is the motivation for sports people to believe in a more exciting 2022 in the future. that can confidently organize the 31st SEA Games in Vietnam in safety. As for the athletes’ share, they are also hoping to attend all the national championships in 2022 as planned after the leaders of the industry and localities have learned lessons in the organization of the tournament over the past time. 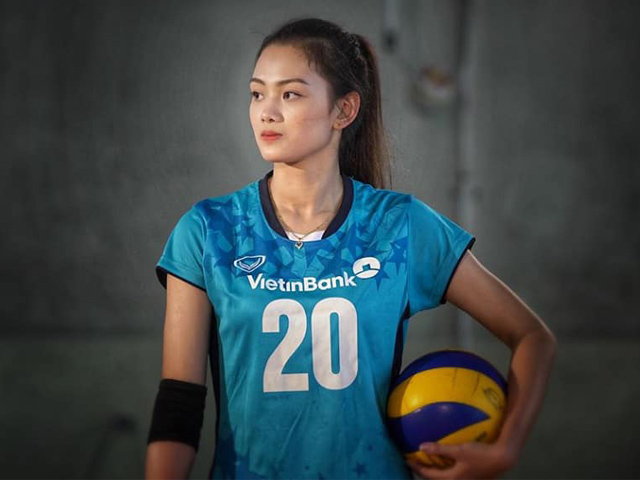 (Sports news, volleyball news) Right after the assistant captain Le Thanh Thuy said goodbye to the Bank of Industry and Trade, it was…

According to Minh Khue (Police)